Brazil's Sheilla and Fabiana find their way back to World Cup 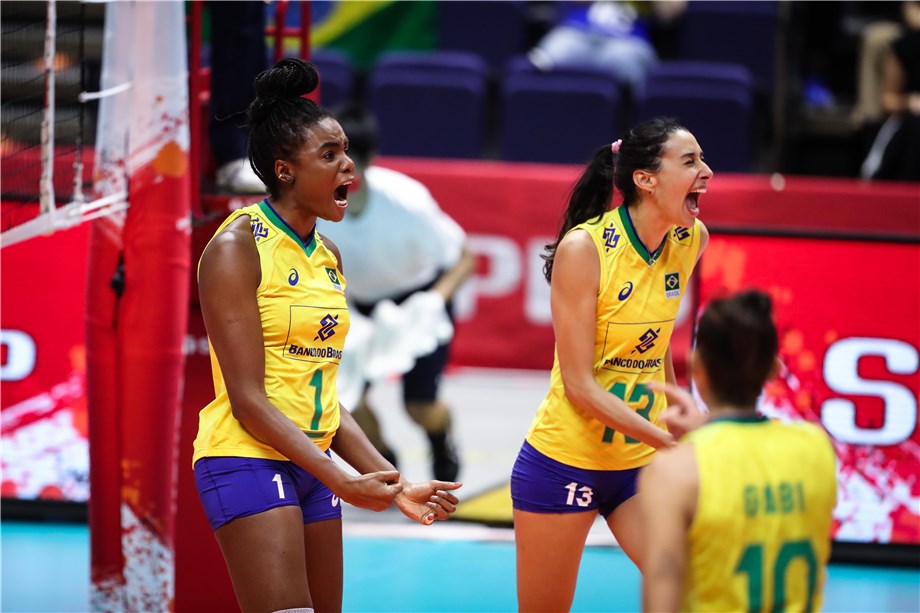 Yokohama and Hamamatsu, Japan, September 15, 2019 - Fans at the Hamamatsu Arena celebrated the return of two of volleyball's most decorated players, Sheilla Castro Blassioli and Fabiana Claudino, who are in Japan to help boost Brazil's bid for the FIVB Volleyball Women's World Cup.
The two players share a barrage of honours between them, with World Championship and previous World Cup medals, numerous World Grand Prix titles, Pan-American Games medals, and Olympic gold medals from Beijing 2008 and London 2012. 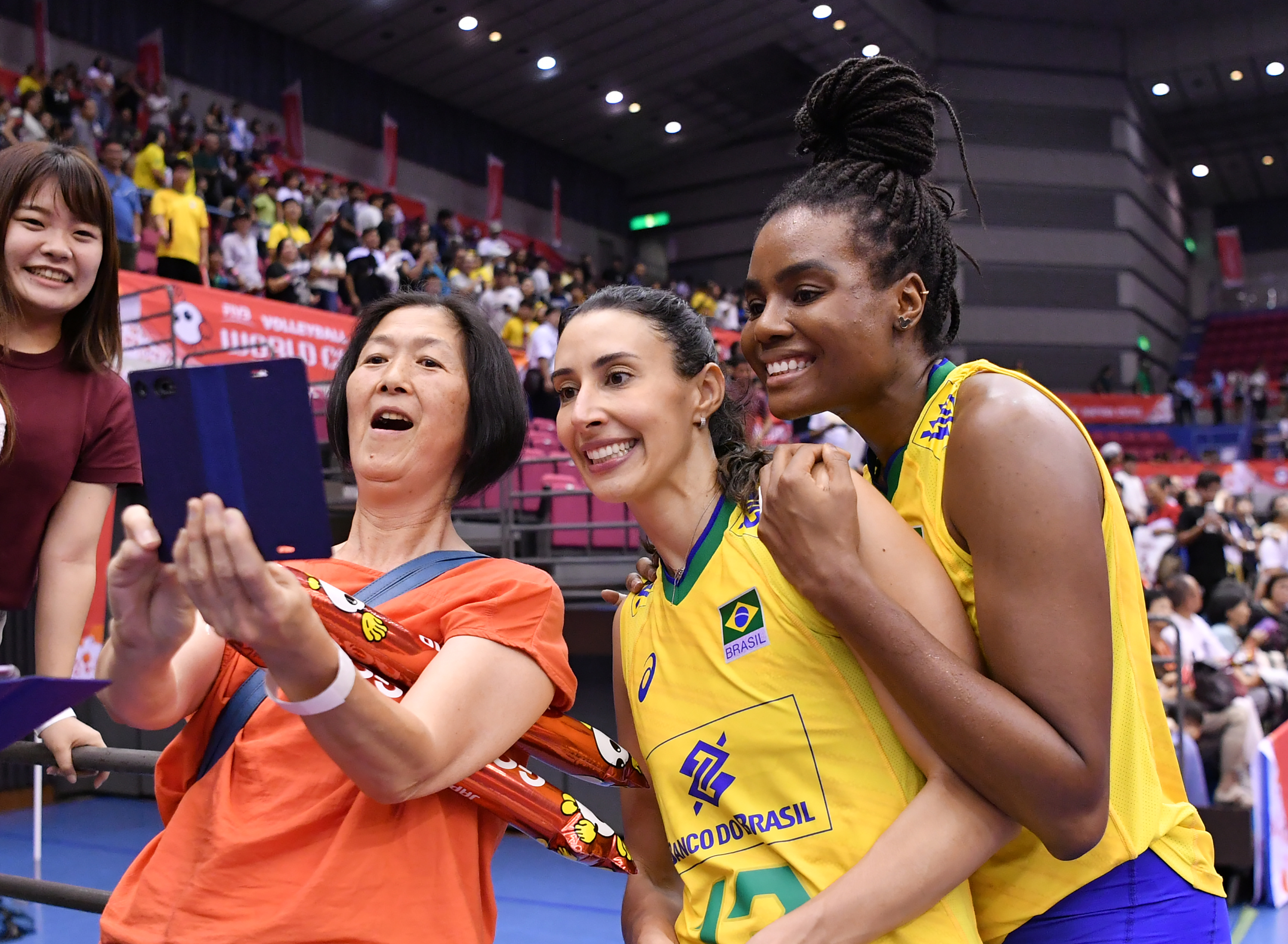 “I’m really happy to be back on the court playing volleyball. At the beginning of the year, I wasn’t even thinking of coming back to playing volleyball because I was thinking of playing beach volleyball, but now that I am back (on the volleyball court), I feel how much I missed it,” said Sheilla.
Fabiana said: “It’s an amazing feeling because I have been out for three years. Although it’s quite difficult because I am far from home, I am happy to play here for Brazil.”
Fabiana's declared difficulty was far from obvious. She started for Brazil and scored a match-high 16 points in their tie-break triumph 3-2 (25-20, 23-25, 25-18, 22-25, 15-12) against Serbia on Saturday. 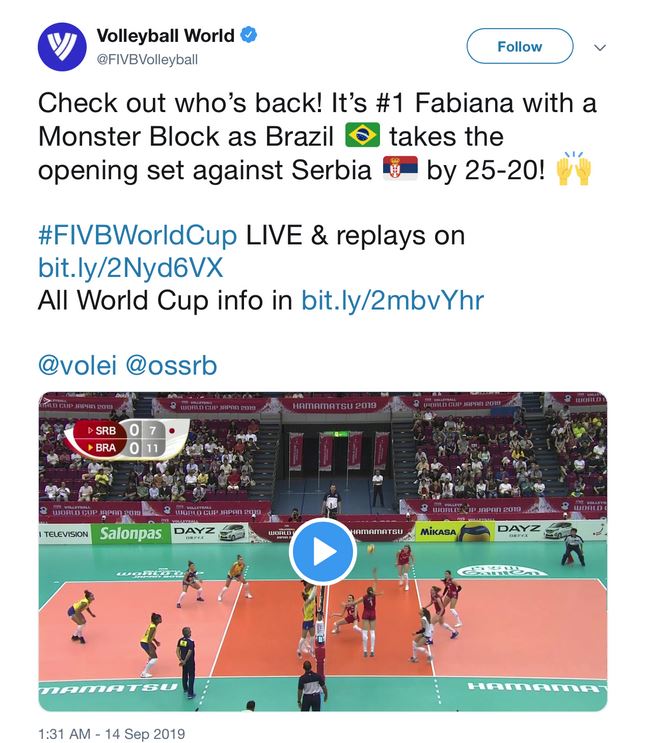 Sheilla retired from active service with the national team after a heartbreaking result in front of the home crowd during the Rio 2016 Olympics. She wanted to focus on her family life, with the birth of her twin daughters in November 2018. 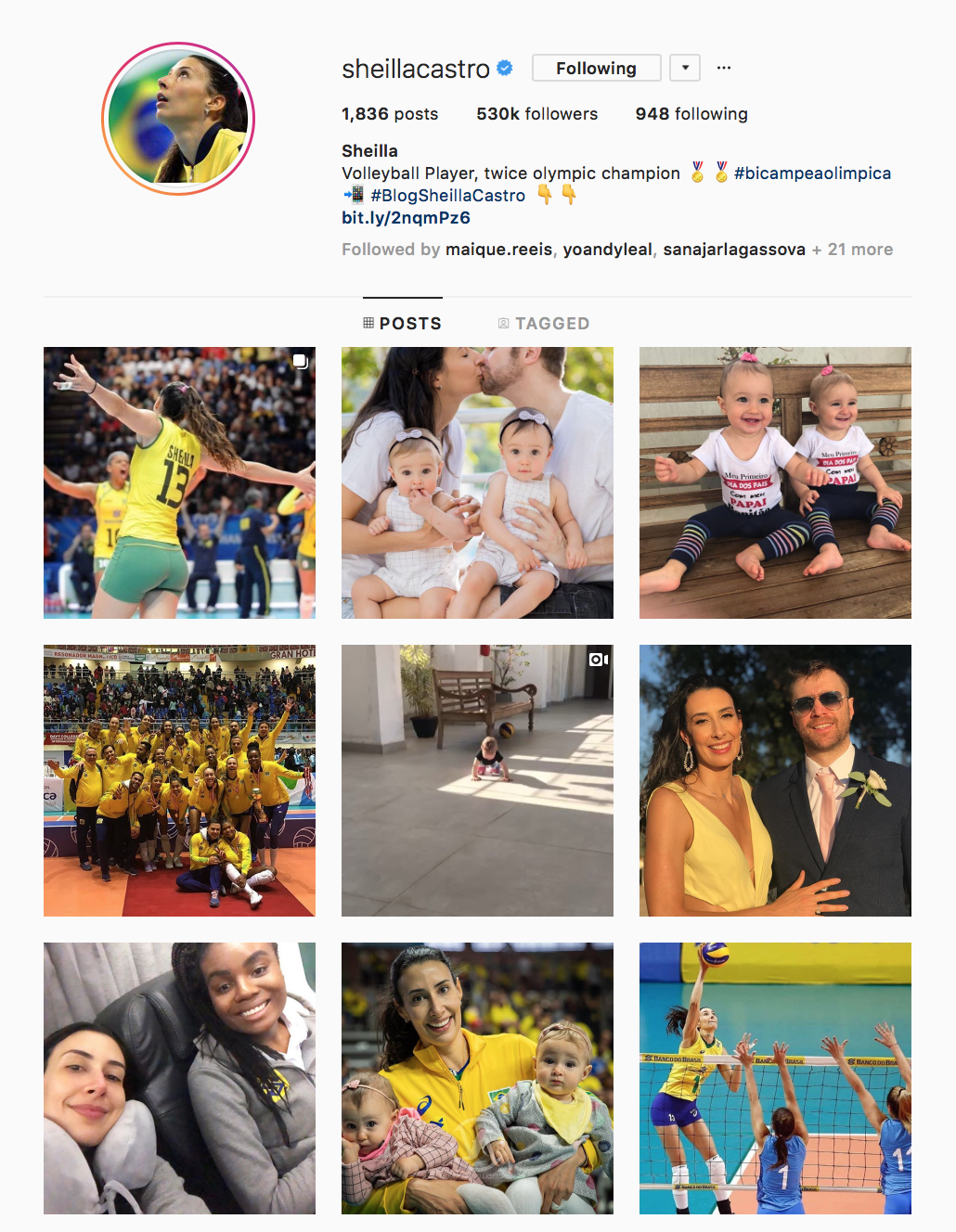 Over the period of her sabbatical from the sport, Sheilla kept the channels of communication with Brazil's coach wide open.
“I never stopped talking to Ze (Roberto) in the last three years. This year we talked and he said Fabi and I could help the young players a lot for the (Tokyo 2020) Olympic Games. So we came back to help Brazil to get a better way for the Olympic Games,” she said.
Fabiana, who is back as captain for Brazil's balanced mix of seasoned and new players, takes great pride in reuniting with her co-players and coach.
“Sheilla has also been out the same time I was, but she’s back and I’m proud to be back with her. Our coach said to always think of our own physical being. He also said to think how we can help in each match,” said Fabiana.
“Everything has a time to go down and change, and new things to think about. Now I think I have to train harder and grow with the team because everything has to go through transition,” Fabiana added.
Brazil bagged their second win in the competition, taking 3-0 (25-17, 25-19, 25-16) against South American counterparts Argentina on Sunday. Fabiana, once again, got the start from Ze Roberto and scored 9 points, while Sheilla charted 6 points coming off the bench.

“I’m really happy and felt really good. The volleyball court is really the place I feel happy, like I’m flying,” shared Sheilla.
Sheilla, Fabiana and the entire Brazil team travel to Sapporo and Osaka after the Hamamatsu round, in search of more World Cup honours in their storied careers. Fans will hope for their return to Japan during the Tokyo 2020 Olympics.
Quick links - Volleyball:
FIVB Volleyball Women's World Cup
Facebook
Twitter
Instagram
Youtube