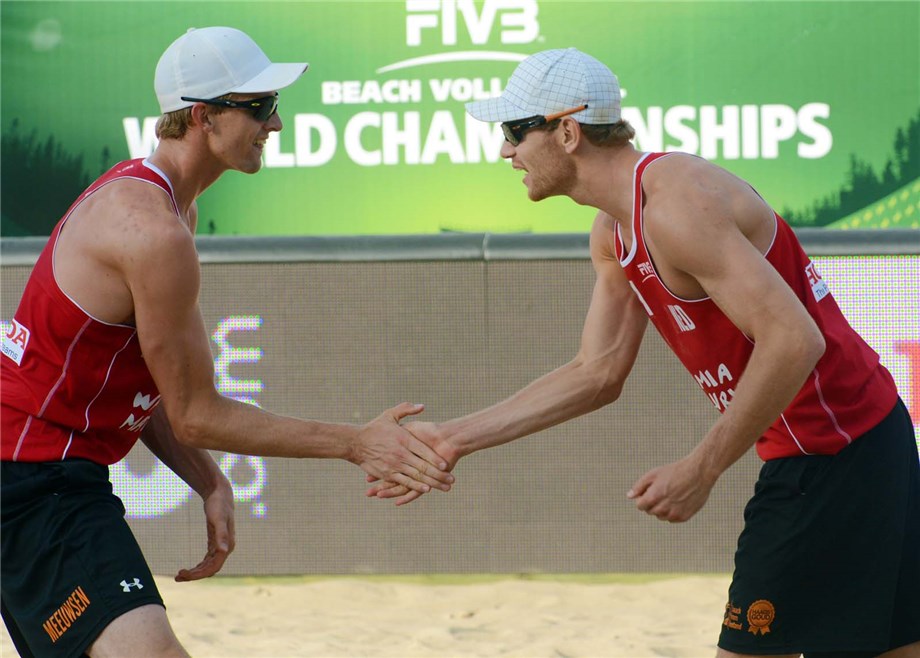 Lausanne, Switzerland, May 8, 2019 – Alexander Brouwer and Robert Meeuwsen will be the only team competing at the Hamburg 2019 FIVB Beach Volleyball World Championships who know what it takes to win a world title together.
The Dutch pair will be among the 96 teams (48 per gender) at the tournament that runs from June 28 to July 7 and while the likes of April Ross, Alison Cerutti and Phil Dalhausser have won the title before, they did so with former partners.
Quick links - Beach volleyball:
FIVB Beach Volleyball World Championships Hamburg 2019
FIVB.com - Beach volleyball
Facebook
Twitter
Instagram
Brouwer and Meeuwsen won gold at the Mazury 2013 World Championships in Poland. They were outsiders at the start but completed a fairy tale run by beating 2003 world champion Ricardo Santos and his then partner Alvaro Filho to secure their first major gold. Their previous best had been a quarterfinal finish on the FIVB Beach Volleyball World Tour.
This season they were unable to successfully defend the Doha 4-Star title, but appear to be closing in on their best form and they reached the quarterfinals at the Xiamen 4-Star in late April. 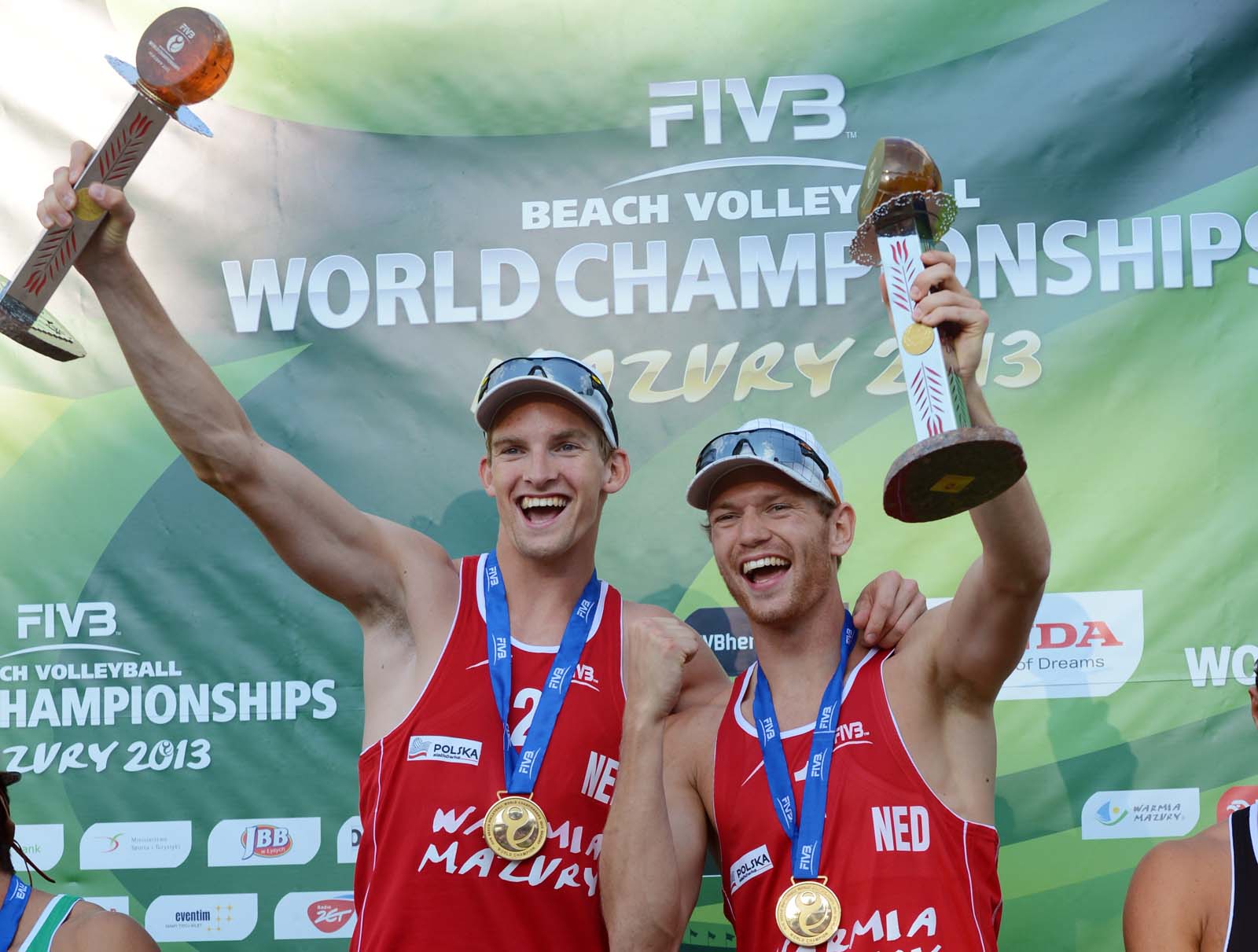 In 2013 Chen Xue was one half of the women’s team who topped the podium, claiming gold alongside Zhang Xi. The Chinese duo had been chasing a major title having won bronze at the Rome 2011 edition and Beijing 2008 Olympic Games, while the year before they finished fourth at London 2012.
They finally got their hands on a major trophy when they defeated Germany’s Karla Borger and Britta Buthe in the gold medal match. A week later they added another gold when they won the Gstaad World Tour event in the Swiss Alps.
That was their final tournament together and while Zhang Xi now lives and works in the USA, Chen has continued her career and will feature in Hamburg alongside Xinxin Wang. They qualified through the Asian Volleyball Confederation (AVC) qualifiers and are one of three Chinese teams among the 48 women’s duos that will begin pool play. 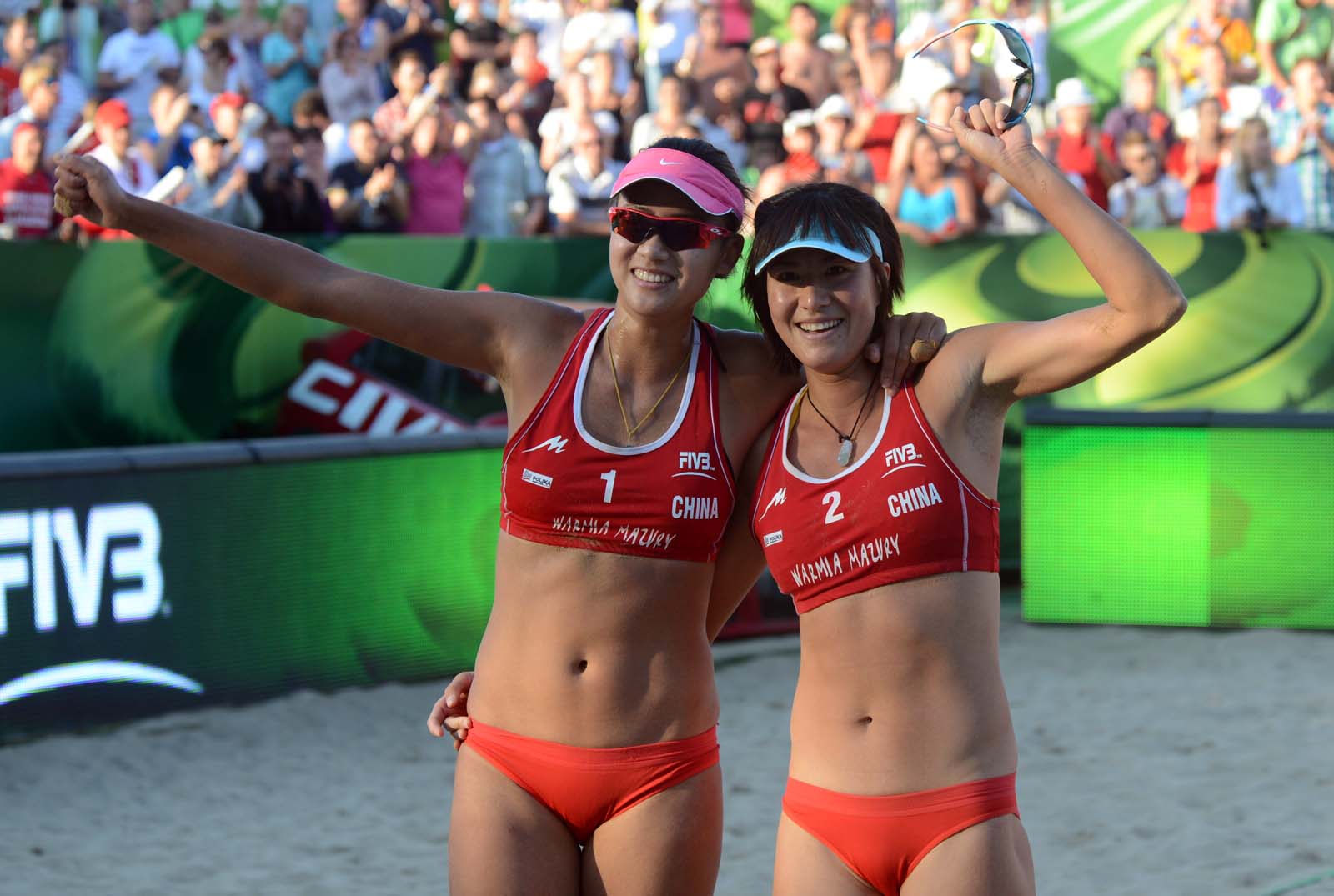 Leading the teams qualified for the 2019 World Championships are Brazil and the United States with four berths per gender. Germany secured six berths for Hamburg as it prepares to host the event.