USA teams off to strong start in Sydney 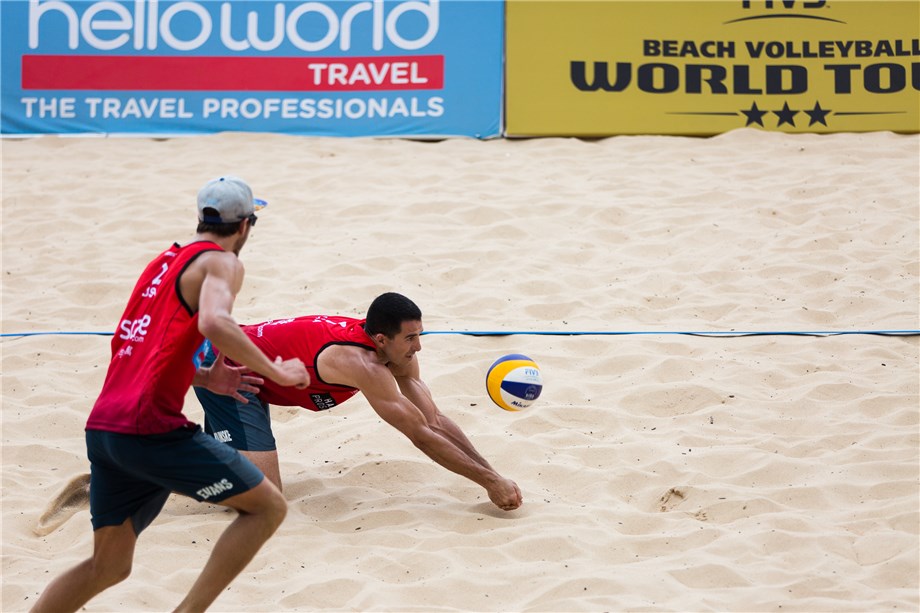 Sydney, Australia, March 6, 2019 – The United States’ Theodore Brunner and William Reid Priddy are off to a solid start, securing a spot in the main draw of the FIVB Beach Volleyball World Tour Sydney 3-star on Wednesday. 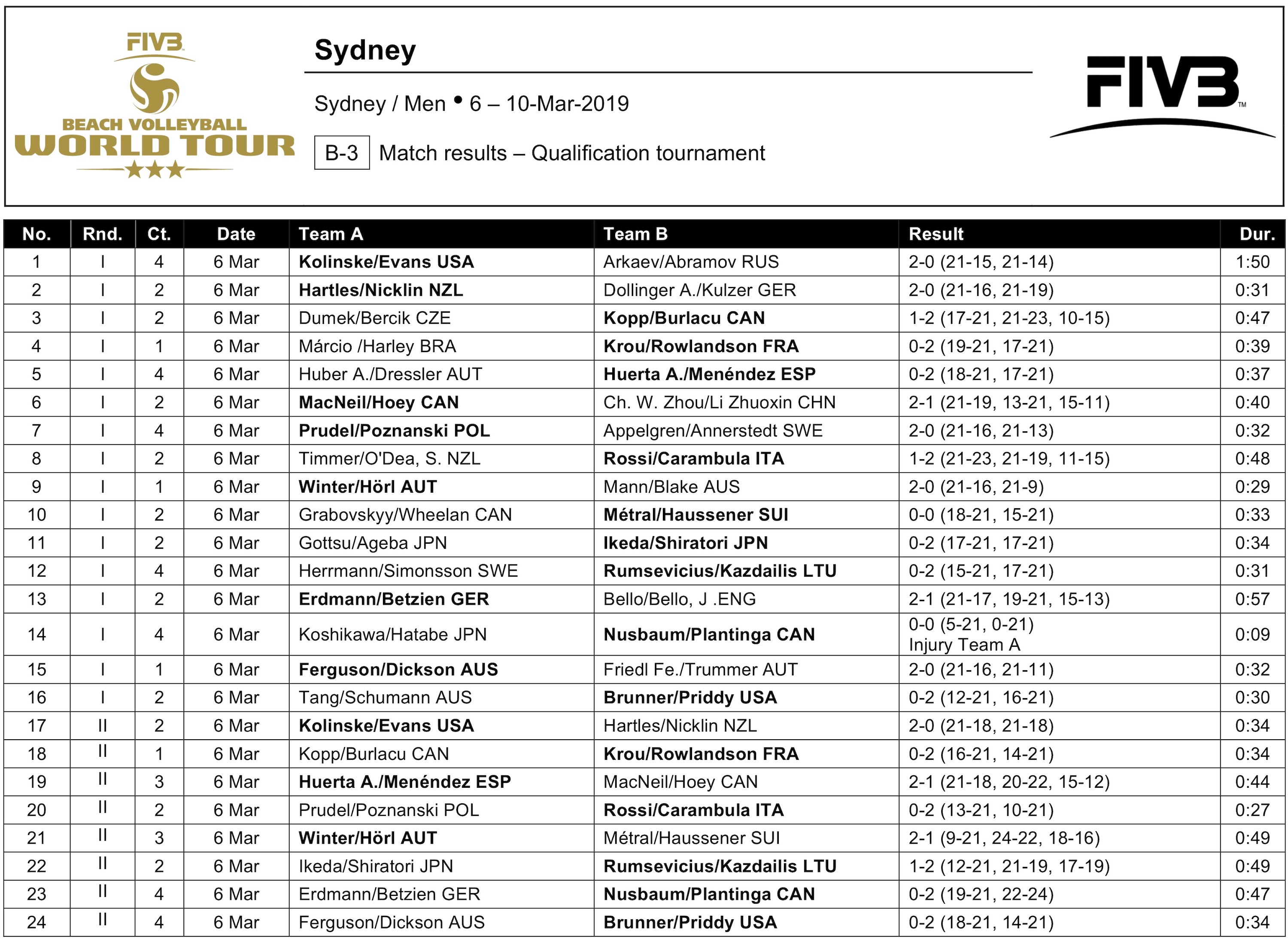 After an impressive 2-0 (21-13, 21-19) win over Casey Patterson and Chase Budinger in the USA country quota match on Tuesday, Brunner and Priddy made their way to the main draw following straight-set victories.

The Olympic gold medallist in volleyball and his partner beat two Australian pairs - Patrick Tang and Justin Schumann 2-0 (21-12, 21-16) and Marcus Ferguson and Tim Dickson 2-0 (21-18, 21-14) – in the first and second round of qualification, respectively.

“We started with a really big match yesterday against a very good USA team in front of a packed stadium,” Brunner said. “It was bizarre to do that and come up with two wins today. It was very difficult mentally but we managed it. We struggled with our block in the first set but we’re glad we won that one.”

“We’ve come up short the last four times at the World Tour and these qualification matches are no joke,” Priddy added. “These matches are like the quarterfinal of the Olympic Games. It has that much pressure because you fly halfway across the world and to come through these matches with wins, it’s good for us. I love to break through in the World Tour, I love playing for my country and I love to play against the best in the world.”