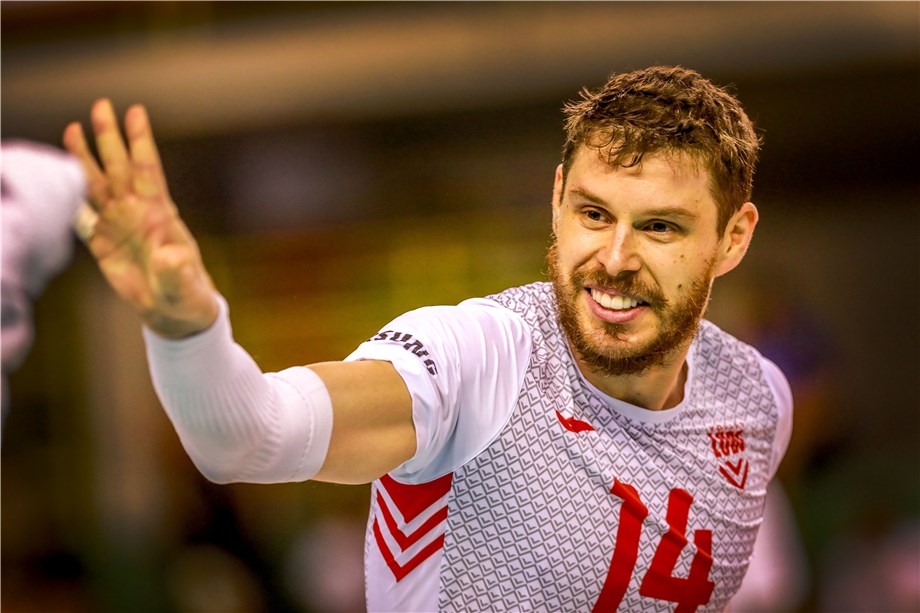 After two years with Lube, Bruno is returning to Brazil

Civitanova, Italy, April 8, 2020 – Bruno Rezende’s victorious stint at Italy’s Cucine Lube Civitanova is coming to an end as the experienced Brazilian setter wrote a farewell message to the club and the country on his Instagram account.
After the decision of cancelling the remainder of the 2019-2020 season of the Italian League due to the coronavirus pandemic, the 33-year-old setter announced his decision to leave the club after two very successful seasons.
“Finishing the season this way is not great. But, as we know, the most important things are to preserve everyone’s health and prevent Italy from further issues. What can I say about these two seasons? What an amazing adventure. I never thought I would be able to create something so special with a new group. It was full of emotions. We went through painful setbacks, turned around matches that seemed lost and experienced unforgettable triumphs. We can’t deny that in sports the ultimate goal is always winning. Being the champion means so much. But looking at our path and the atmosphere we created in the locker room, these things are gold. I always lived by myself, but I never felt alone. I made friends I’ll take for my life and that’s extraordinary. I’d like to thank those who welcomed me in the city and in the club with open arms, from the fans to everyone who works for the community. All of you pushed me to battle for my personal goals, but always putting the team first. I’ll be forever grateful! Thanks coach and staff, for always providing us with the best conditions. And my sincere gratitude to my teammates and brothers for standing by my side even in the difficult times. I embrace each one of you and will carry you in my heart forever,” he wrote.
During his two seasons with Lube, Bruno, who arrived from Italian rivals Modena, led the team to significant achievements, such as the gold medal at the 2019 FIVB Volleyball Men’s Club World Championship, when he was the Most Valuable Player and Best Setter, and victories in the European Champions League and the Italian League and Italian Cup.
Bruno is currently the captain of Brazil’s national team and he holds a storied career at the international level. A Rio 2016 Olympic champion, the setter has also collected silver medals at the Beijing 2008 and London 2012 Games, besides winning the 2010 FIVB Volleyball World Championship, the 2019 FIVB Volleyball World Cup and two editions of the Pan-American Games.
The setter is yet to announce his next team, but he has confirmed he will return to the Brazilian League, where he has already won six titles, with EMS Taubaute Funvic being his most likely destination.
“A return to Brazil is very close,” he said in an interview to Brazilian website Webvolei a month ago. “That’s what I want for my future. It’s a personal decision and has a lot to do with my family. I believe the Italian League is still the best in the world, but going back home is the path that makes the most sense to me now. I have a huge desire of helping the Brazilian Superliga to grow and now that I’m part of the Athletes’ Commission, I think it’s the right time to be closer and be part of this process.”
If Bruno indeed signs with Taubate, he’ll be coached by another legendary setter as Argentinean Javier Weber was recently hired by the club.
More volleyball from Brazil:
Weber departs from Club Bolivar to coach Taubate
Brait: "De Gennaro is the best libero in the world"
Brazil's 2019-2020 women's Superliga ended
Rahimova in the spotlight in Brazilian Superliga
Taubaté leapfrog Sada Cruzeiro led by Lucarelli
Quick links:
FIVB Volleyball Nations LeagueFacebookTwitterInstagramYoutube