Lausanne, Switzerland, October 21, 2016 - Bruno Schmidt became only the fourth player to win back-to-back awards as the “most outstanding player” on the FIVB Beach Volleyball World Tour as the Brazilian was honoured for the second-straight season as the top male performer for the 2015-2016 international beach volleyball season.

Lausanne, Switzerland, October 21, 2016 - Bruno Schmidt became only the fourth player to win back-to-back awards as the Most Outstanding Player on the FIVB Beach Volleyball World Tour as the Brazilian was honoured for the second-straight season as the top male performer for the 2015-2016 international beach volleyball season. 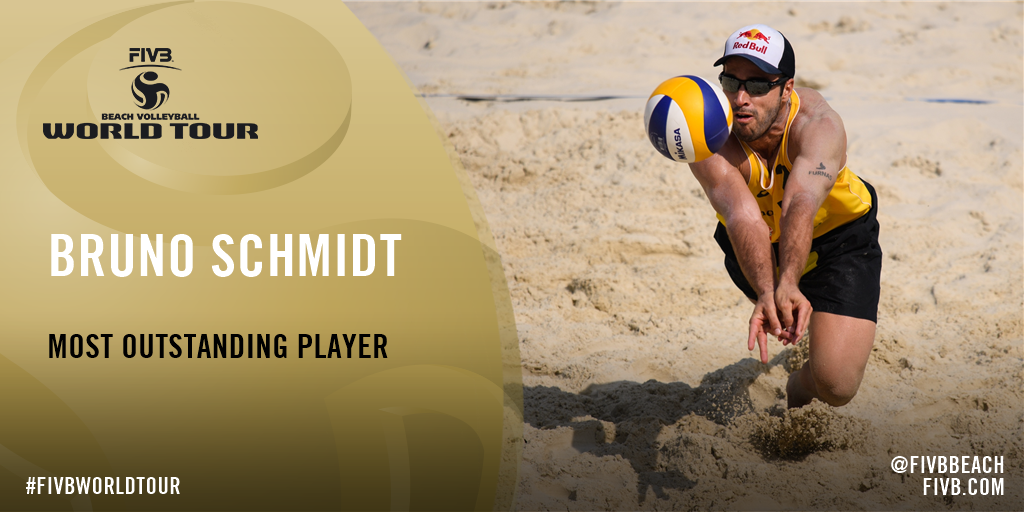 In addition to be named the top male performer for the recently-completed FIVB World Tour that started in October 2015 in Mexico and ended this month in Canada at the Swatch Beach Volleyball FIVB World Tour Finals in Toronto, Bruno was also named the Best Defensive Player and Sportsman of the Year in the voting by players, coaches, referees and FIVB officials. 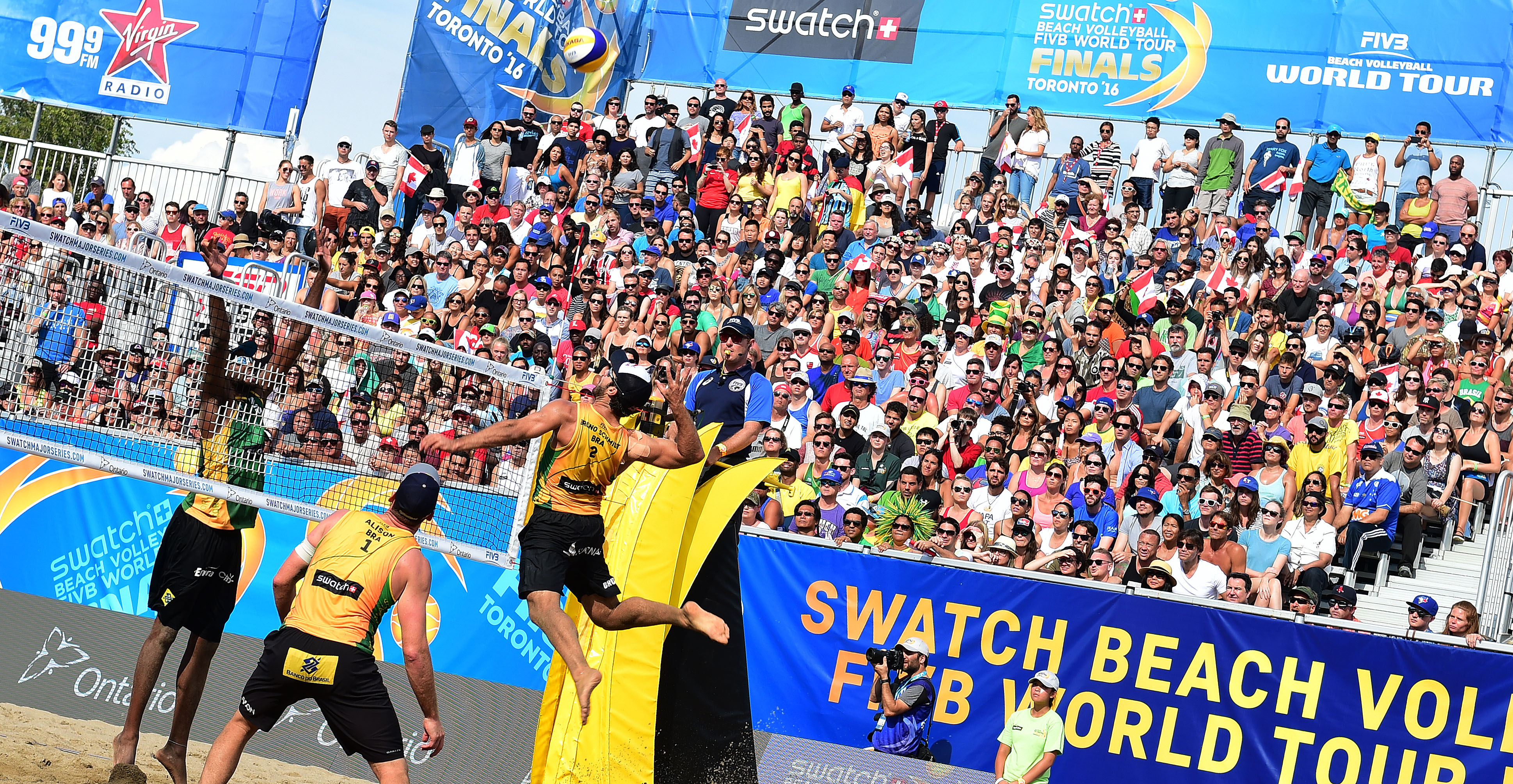 Bruno now joins American Todd Rogers in winning the best defensive award four times as the Brazilian has been voted the best defender for the past four seasons. Rogers, who announced his retirement earlier this season after playing 19 seasons on the international circuit, was the top FIVB defender for the 2006, 2007, 2008 and 2010 seasons.

The Sportsman of the Year honour was the second-straight for Bruno, who was also the FIVB’s Most Improved Player in 2010 and the Top Offensive Player for the 2015 season.  Overall, Bruno has now collected 10 awards to become the sixth player to reach double-digits in total post-season honours.  The others are Americans Phil Dalhausser (26), Kerri Walsh Jennings (25) and Misty May-Treanor (13), and Brazilians Larissa Franca (16), Emanuel Rego (11) and Juliana Felisberta (10). 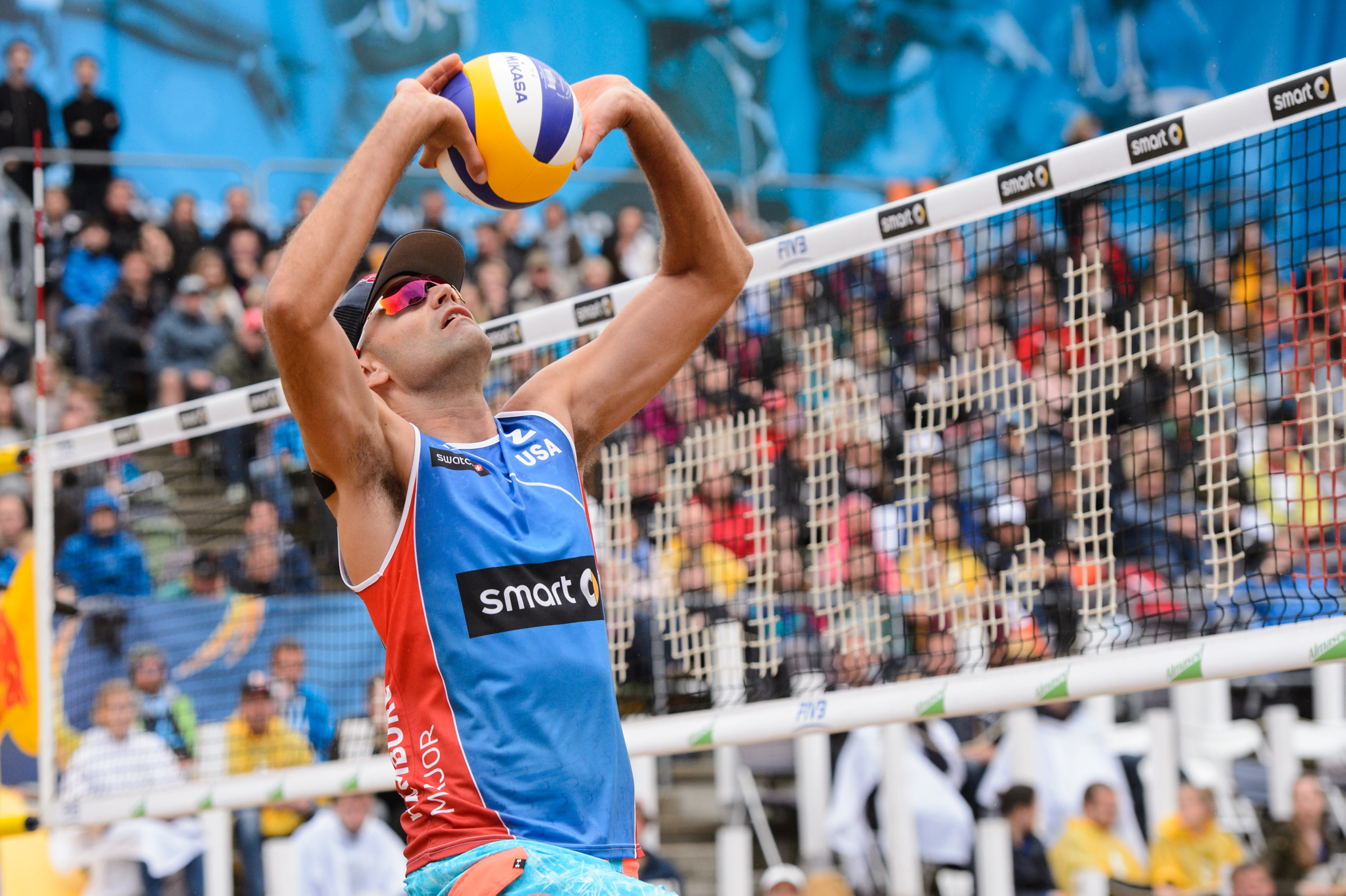 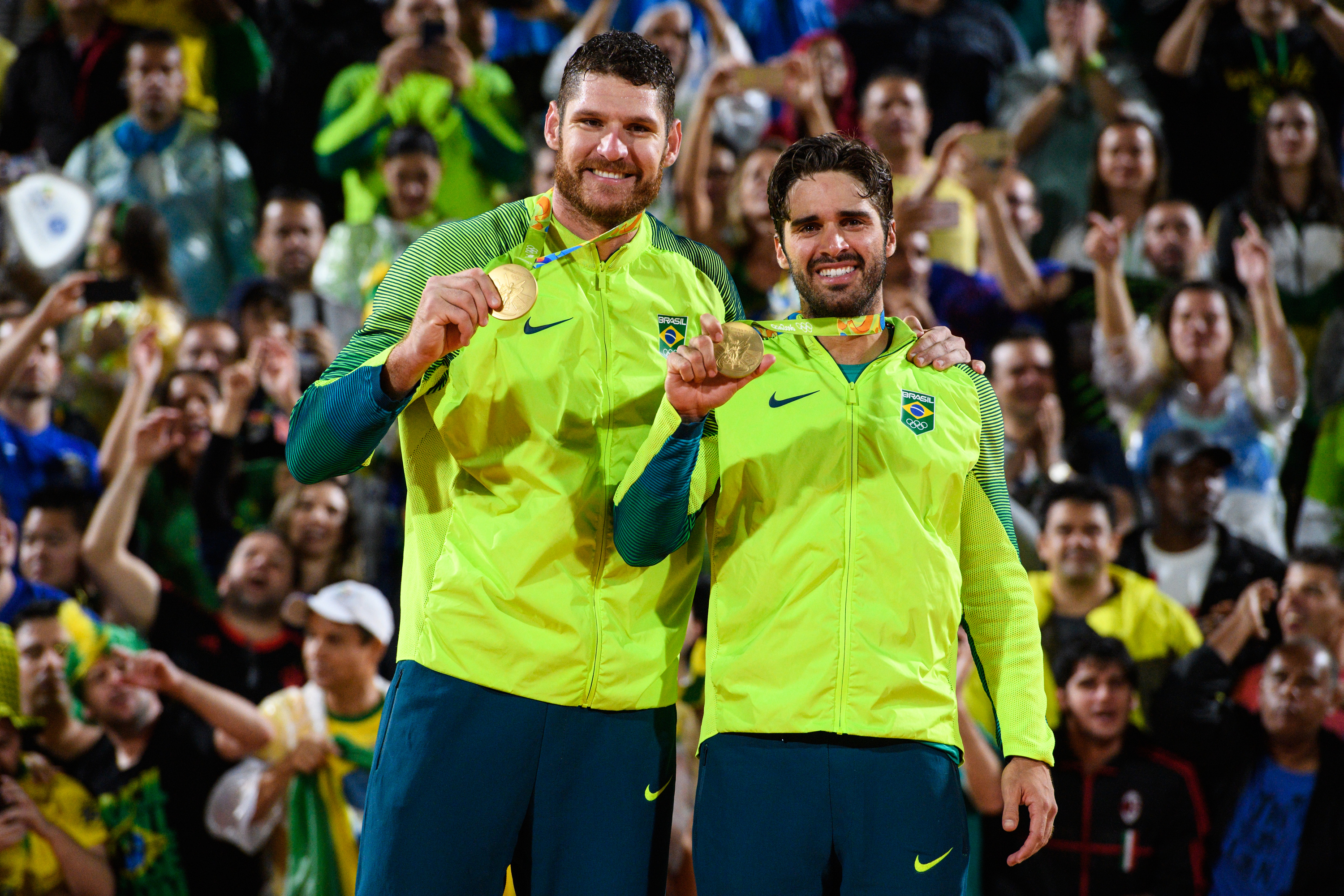 Alison Cerutti, who teamed with Bruno to win the gold medals at the Rio 2016 Olympic Games and 2016 Swatch Beach Volleyball FIVB World Tour Finals, was named the men’s circuit’s Best Hitter for the second time after winning the award in 2011 and 2012.  It was Alison’s seventh post-season award overall as he has been named the tour’s Best Blocker (2011 and 2015), Best Offensive Player (2011) and Most Improved (2009).

In only three seasons together on the FIVB World Tour, Bruno and Alison have captured 11 gold medals in 31 international starts with 15 appearances in finals, 16 podium placements, 20 “final four” finishes, a 156-38 match mark (80.4 winning percentage) with $992,500 in earnings to rank 12th among men’s and women’s teams all-time in winnings. 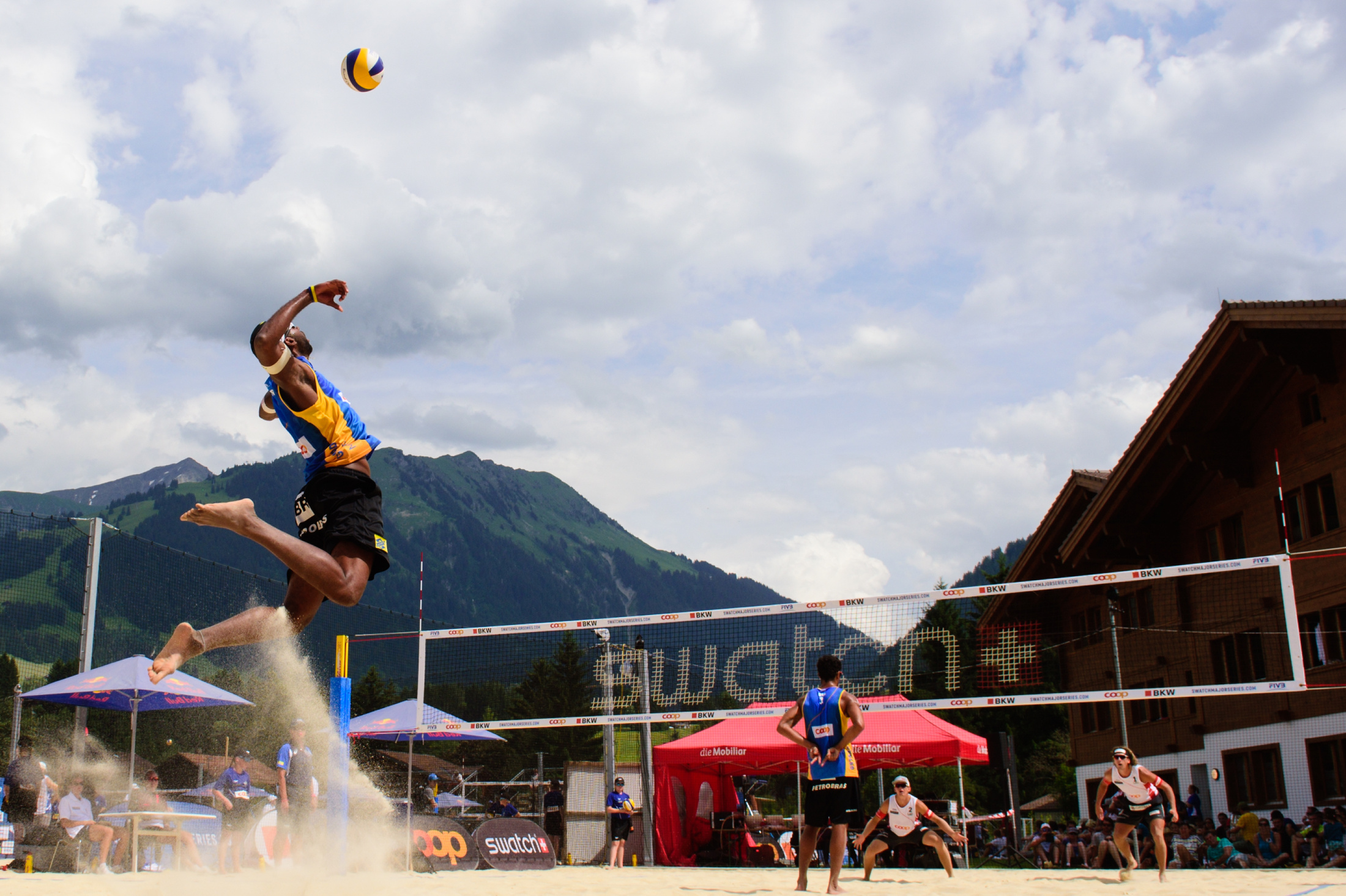 Other Brazilians winning post-season awards for the 2015-2016 season were Evandro Goncalves for Best Server and Gustavo “Guto” Carvalhaes as Best Rookie of the year.  Evandro won the serving award for the second-straight season, topping the ace statistics at both Grand Slam and Swatch Major Series events. Guto meanwhile becomes the second Brazilian to win the rookie honour joining compatriot Alvaro Filho in winning the award. 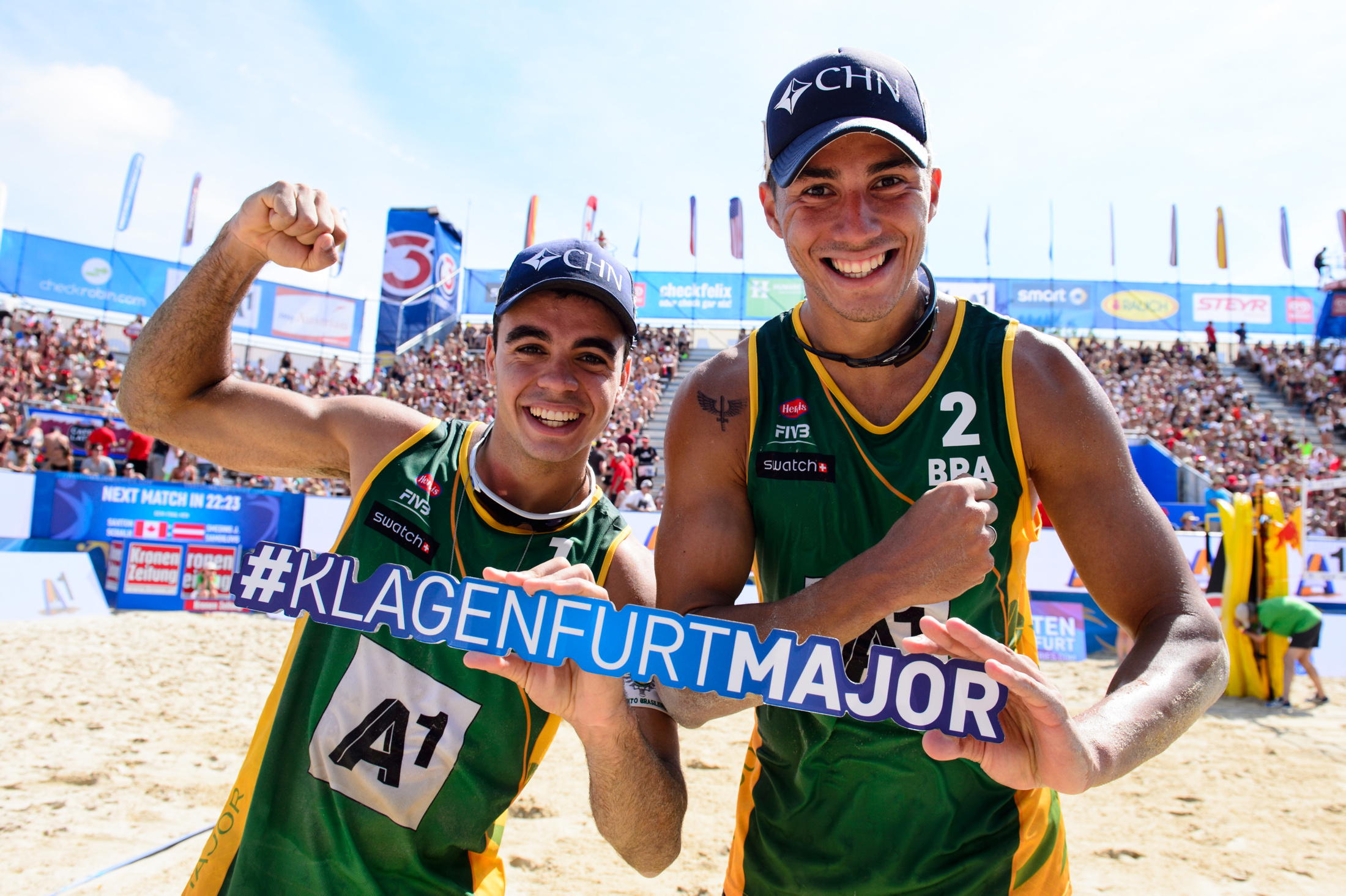 Other award winners were Paolo Nicolai of Italy as the Best Blocker, Janis Smedins of Latvia as the Best Offensive Player, Piotr Kantor of Poland (fourth best scorer and joint best blocker at the Grand Slams) as the Most Improved and Reinder Nummerdor of the Netherlands as the Most Inspirational. 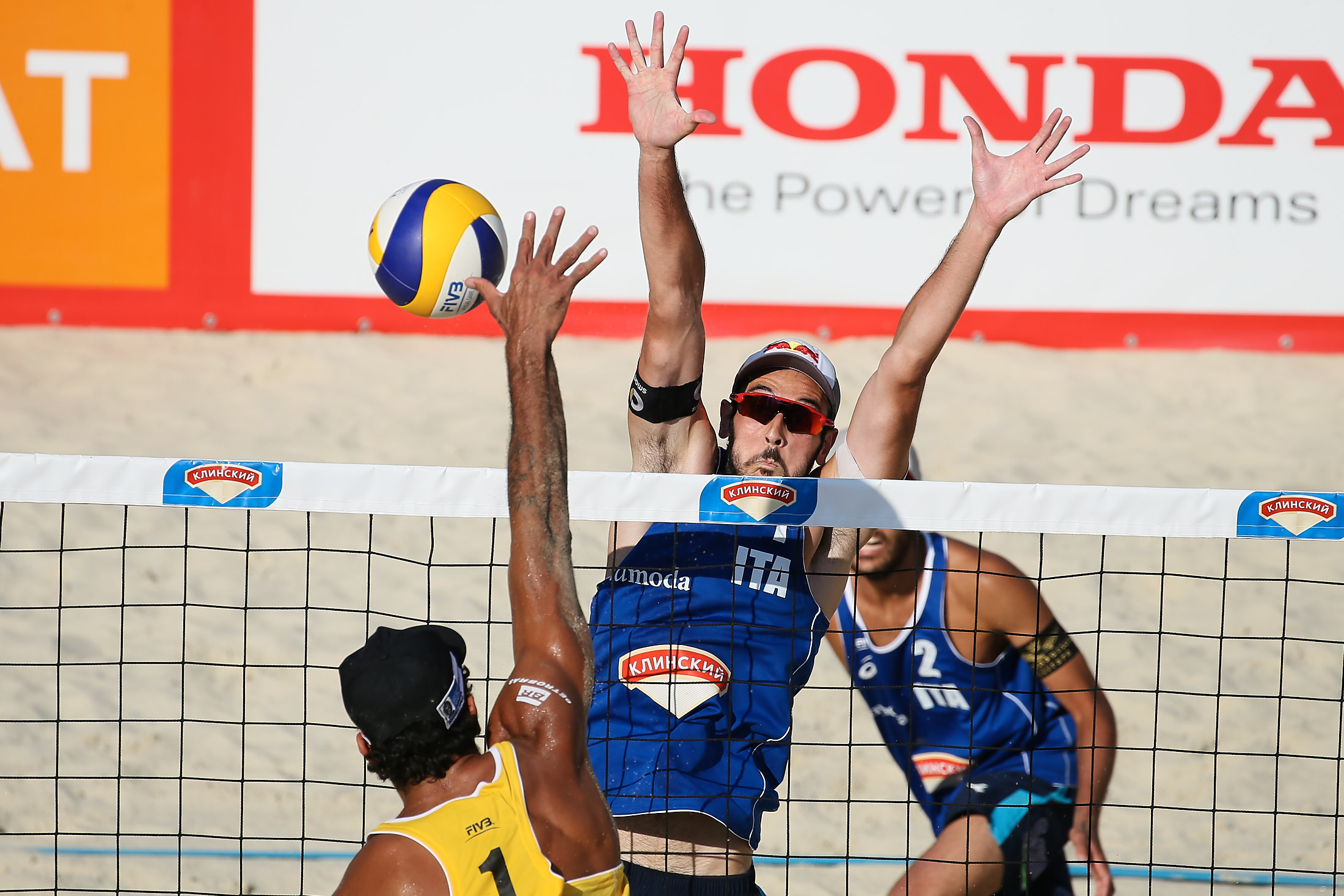 Paolo Nicolai makes his presence felt at the net

While Kantor is a first-time award winner, Smedins was honoured for the sixth-time with a post-season accolade, and Nicolai and Nummerdor for the third-time each. 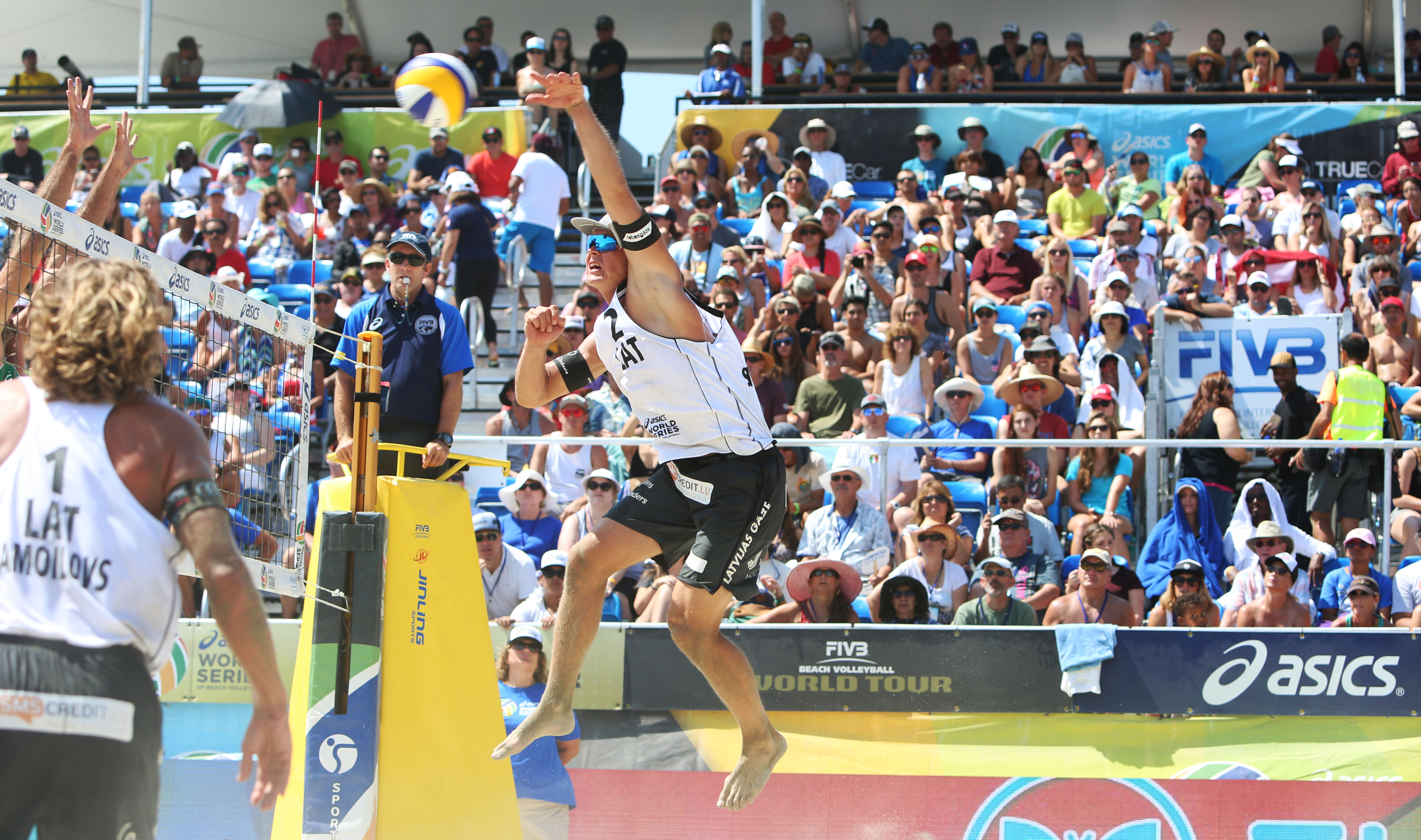 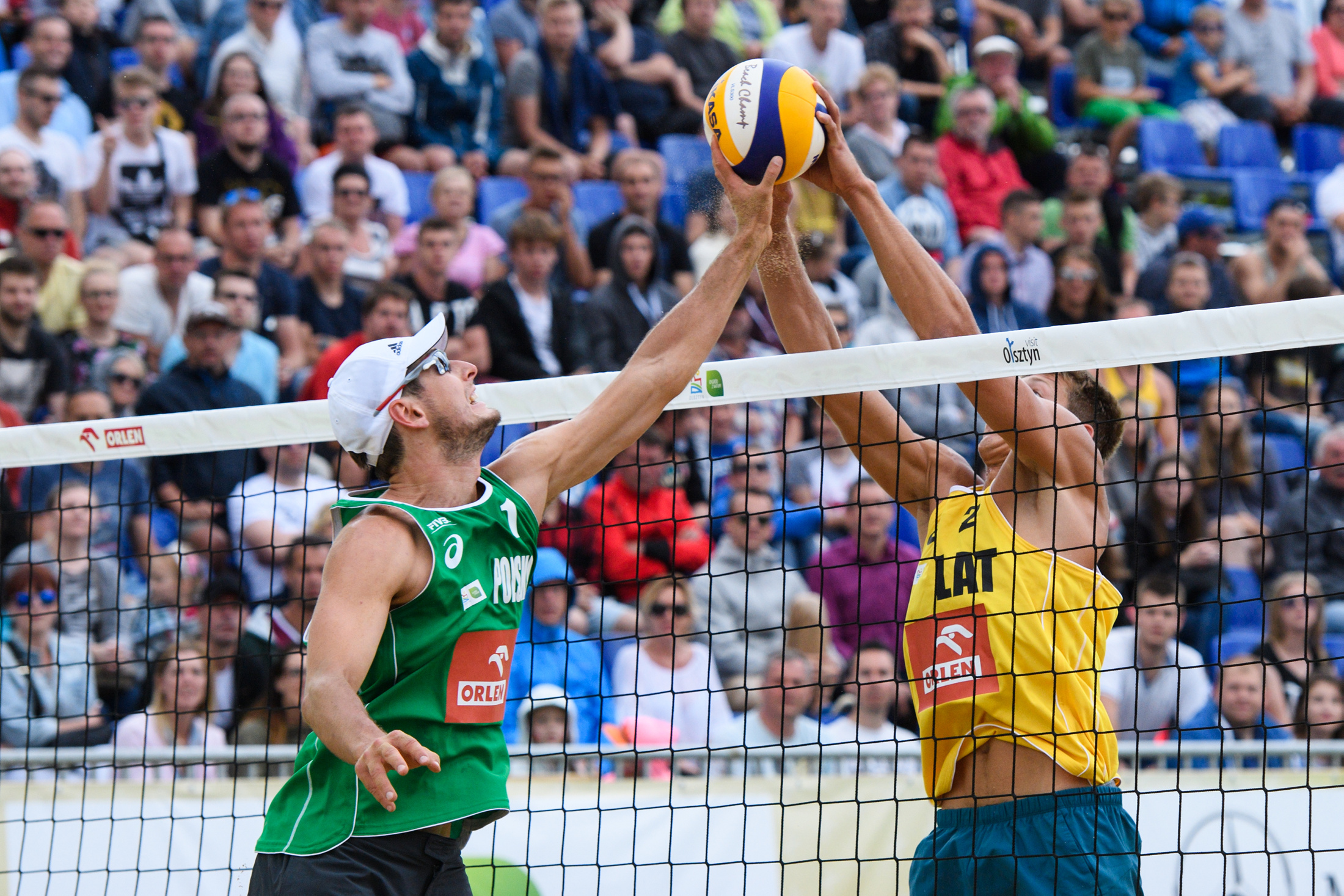 Piotr Kantor battles at the net at the Olsztyn Grand Slam

Smedins and partner Aleksandrs Samoilovs also finished the season as the top team on the FIVB World Tour ranking list. 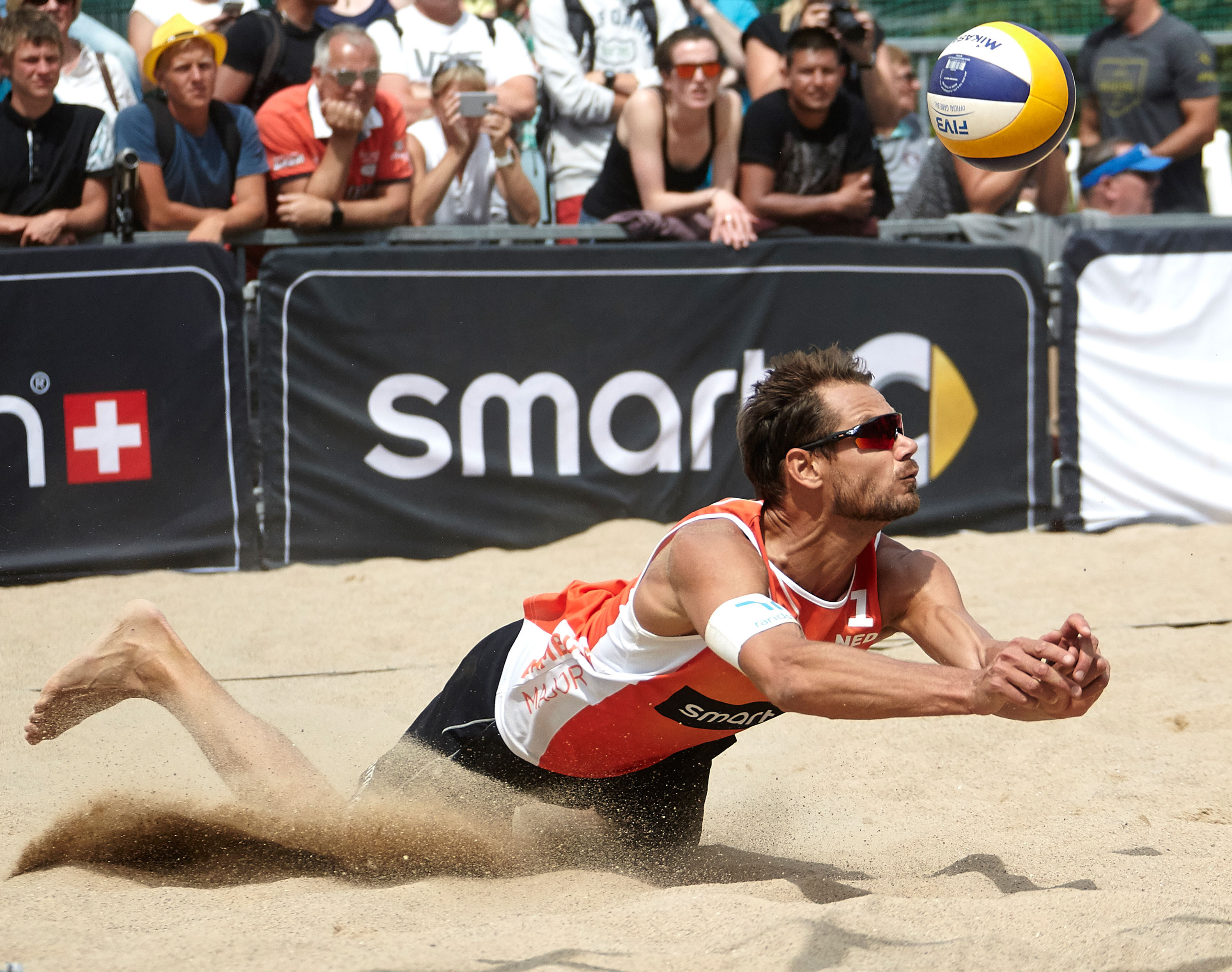