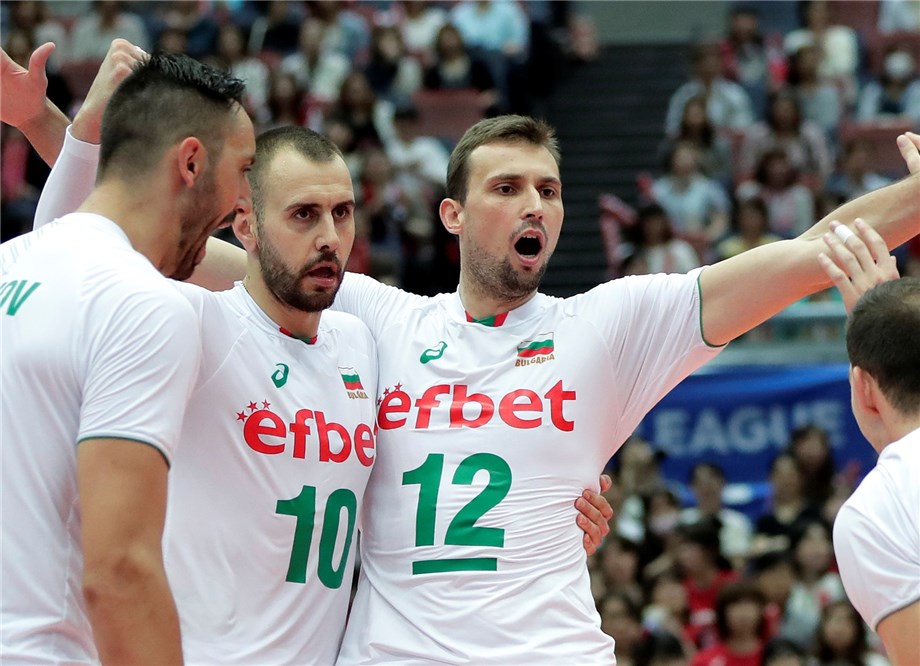 Lausanne, Switzerland, May 17, 2019 – The captain of the Bulgarian national team, 33-year-old middle blocker Viktor Yosifov, looks forward to the upcoming summer season and is stoked about the opportunities the Lions will get to play in front of their home fans. In August, Bulgaria will host one of the Olympic qualification tournaments, but before that the southern European side will welcome as many as two of the preliminary round pools in the men’s FIVB Volleyball Nations League.
“It’s terrific to play in front of the Bulgarian audience,” Viktor Yosifov told fivb.com some two weeks before the start of the 2019 men's VNL. “Our fans have proved how much they love and how much they know volleyball. They always come to support us, even when we play outside Bulgaria.”
In the third weekend of the VNL, from July 14 through 16, Bulgaria will entertain Australia, Italy and Japan in Varna. Two weeks later, coach Silvano Prandi’s squad will play host to Iran, Serbia and USA in Plovdiv.
“To play at home is not only quite a pleasant feeling, but also an additional motivation for us,” continued Yosifov. “However, the world powers in volleyball are so level at the moment that home court advantage is not the deciding factor.” 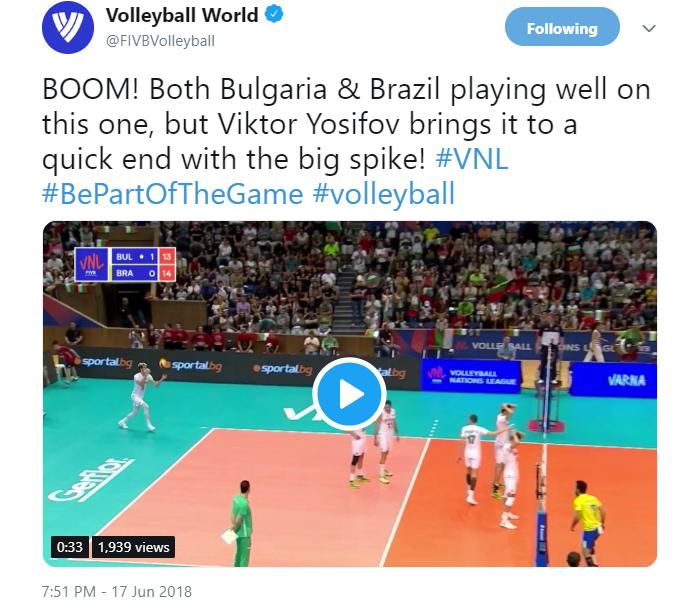 In the 2018 edition of the VNL, Bulgaria won six of their 15 matches and finished 11th. The most impressive victory was certainly the dramatic 3-2 win over Brazil in Varna, in which the captain played a key role both as a team leader and an efficient middle blocker. Eventually, he finished in the top 10 of the best blockers of the preliminary round, but humbly dismissed the importance of this individual achievement.
“My individual goal is to be useful to the team,” explained the 204-cm-tall athlete, Best Blocker of EuroVolley 2009 (also under coach Prandi) and Dream Team middle blocker at EuroVolley 2015. “What is important for me is that the team achieves its goals. And last year we did. Our goal was to keep our place in the VNL. We succeeded and that was the most important, and I think in general we had a decent performance. We played some good matches, which we won. However, there were some games we could have won, but we didn’t.”

Yosifov in the middle of a triple block in the VNL match against Brazil
Bulgaria are one of the four challenger teams in the VNL, which means they could lose their spot in next year’s competition, if the other three do better than them this year.
“We’re well aware that if we don’t play well and don’t earn enough points, we are running a great risk of not playing in the tournament next season. So our fundamental goal is once again related to this,” Yosifov pointed out. “We do not have the calibre of teams like Brazil, Italy or Russia to set high targets such as making the semifinals or winning medals, so at the beginning our realistic goal should be keeping our seat. What’s important is to play well. And if we show that we can, why not aim at good results...” 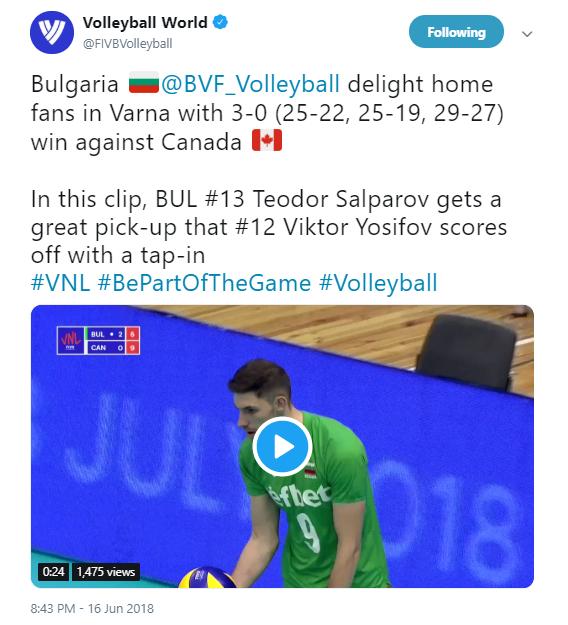 In the captain’s opinion, the VNL provides a good opportunity to introduce young players who will make up the team’s core in the future, and improve the cohesion between them and the experienced members of the squad. “I’d like to appeal to the fans to continue supporting our team and have patience, especially with the young boys,” he added.

The atmosphere at the Palace of Culture and Sports in Varna
Before joining the national team for the VNL event in Varna, Viktor Yosifov is enjoying a well-deserved break after an intensive club season. In his first year with Vero Volley Monza, he reached the final of Europe’s Challenge Cup and finished eighth in Italy’s domestic league.
“I think it was a good season because we reached both goals we had set,” Yosifov summed up. “We had some quite young and talented players on the squad, who did very well. Of course, there will be changes in the roster for next season, but I was one of the first who extended their contracts. The club expressed their desire and showed me that they value me; I’m already quite used to playing in Italy, so I didn’t hesitate to stay.”
Middle blocker Viktor Yosifov’s dream teammates:
Setter: Luciano De Cecco (Argentina) – For me, as a middle, he has been the hardest setter to play against, because his way of touching the ball is the most difficult to read.
Opposite: Ivan Miljkovic (Serbia) – Since I started watching volleyball, he has been the strongest opposite I have seen – a terrific player who won everything.
Outside hitter: Matey Kaziyski (Bulgaria) – He is one the best players, capable of deciding a match on their own.
Outside hitter: Giba (Brazi) – He was a very complex player, mastering all the elements well. In his best years, he was simply phenomenal!
Middle blocker: Dmitriy Muserskiy (Russia) – With all his qualities, he’s impossible to play against.
Libero: Sergio Santos (Brazil) – He was a fantastic libero, phenomenal in reading the game, with amazing saves in defence.
Quick links - Volleyball:FIVB.com - Volleyball Nations LeagueFIVB.com - VolleyballFacebookTwitterInstagram