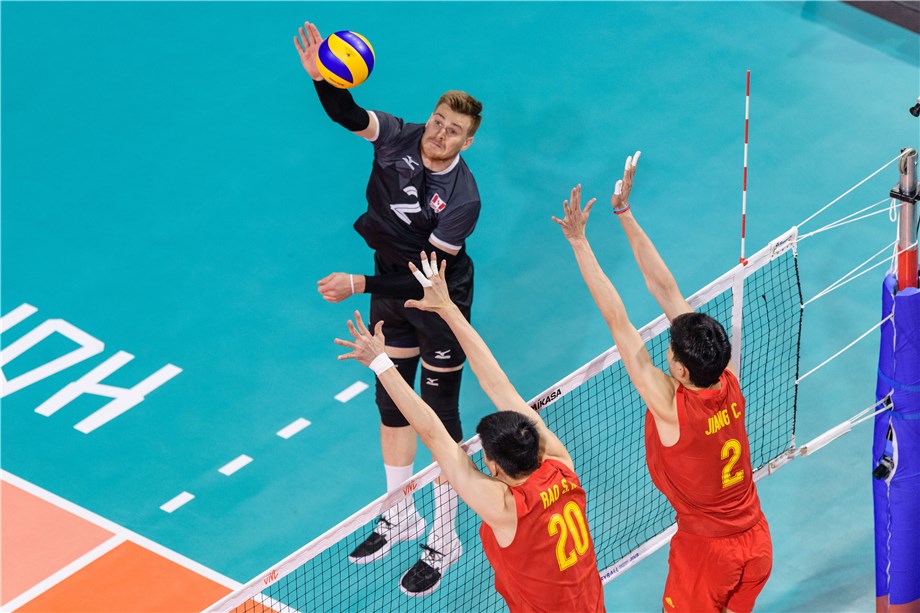 Ufa, Russia, May 11, 2020 – Canada national team captain Gordon Perrin will move back to Europe after one season playing in South America as the 30-year-old outside hitter has signed a one-year contract with Russia’s Ural Ufa.
Perrin, who had already lived in the country during the 2018-2019 season, when he won the Challenge Cup for Belogorie Belgorod, has played professionally in six different countries, having spent time in Russia, Brazil, Poland, China, Italy and Turkey during his career.
“I’m excited to be joining Ural for the next season,” Perrin told fivb.com. “After spending one season in Russia I feel comfortable returning to compete in the league. It’s a top league and it will be exciting and challenging season. The team sounds ambitious to achieve new goals and I look forward to being a part of that.”
Perrin played for Brazil’s Sada Cruzeiro Volei during the 2019-2020 season and took home three titles – the South American Championship, the Brazilian Cup and the Minas Gerais State Championships. The team also took the silver medal at the 2019 FIVB Volleyball Men’s Club World Championship.
The outside hitter has been a member of the Canadian national team since 2011 and was part of the roster that finished fifth at the Rio 2016 Olympics. Most recently, he helped the country to qualify for the Tokyo 2020 Games and to win the bronze medal at the 2017 FIVB Volleyball World League.
Ural Ufa, which recently hired former player Igor Shulepov as its new head coach, has also added Russian national team setter Roman Poroshin and middle-blocker Maxim Kulikov to its roster.
More volleyball from Canada:
Sanders in an uphill battle to be ready for Tokyo
Perrin: We will head into Tokyo prepared
Canadian UCLA star Daenam Gyimah is also hip-hop artist Kofi
Quick links:
FIVB.com - Volleyball
Facebook
Twitter
Instagram
Youtube