Canadians and Americans to clash for Chetumal gold 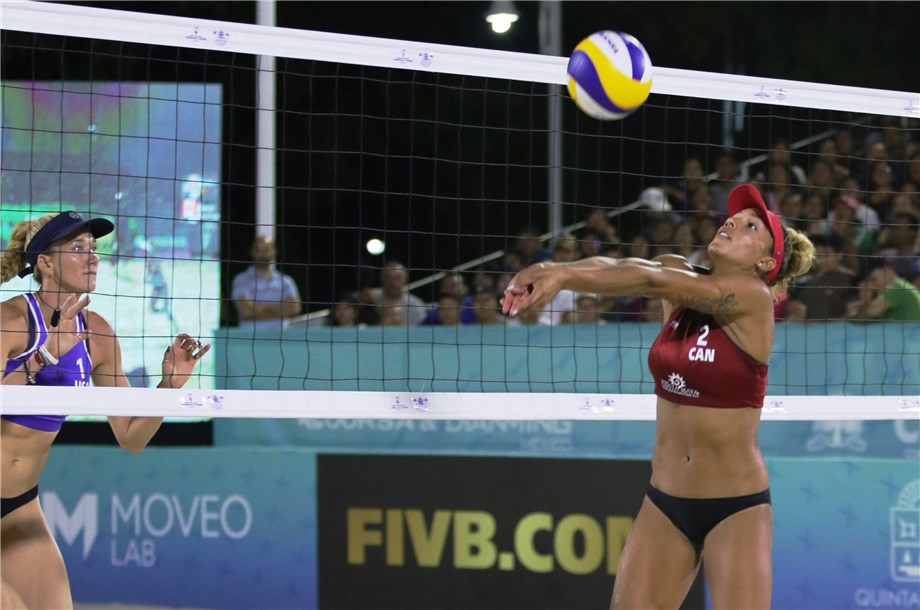 Chetumal, Mexico, October 27, 2018 – World ranking leaders Heather Bansley and Brandie Wilkerson of Canada and qualifiers Caitlin Ledoux and Geena Urango of the United States will play for the gold medal of the FIVB Beach Volleyball World Tour three-star Chetumal Open after both teams secured their spots in the final on Saturday night.
The bronze medal match at the Mexican coastal city will also feature a duel between Canadians and Americans with Megan McNamara/Nicole McNamara and Kerri Walsh Jennings/Brooke Sweat fighting for the third and final spot on the podium.

Wilkerson and Bansley, who currently sit atop of the world rankings secured their spot in the gold medal match with a pair of victories on Saturday. In the quarterfinals, the Canadians defeated the recently-crowned Youth Olympics champions Mariia Bocharova and Maria Voronina of Russia in straight sets 2-0 (21-17, 21-16).
In the semifinal, they downed the veterans Walsh Jennings and Sweat also in two sets 2-0 (21-18, 21-17).
The Canadians, who are about to end their season in Chetumal, are set to play in their fourth-straight final, following gold medal appearances at the NORCECA Championships, a p1440 invitational and the World Tour Las Vegas Open last week – they won the last two tournaments.
“It’s tough, every week is really challenging,” Bansley explained. “We really had to dig deep. This is our last tournament in 2018 and we want to finish it on a high note, so we just need to stay focused for one more match.”
“We’ll keep doing what we’ve been doing, we’ll focus on our side. Our blocking-defense has scored us a lot of points, so we’ll rely on that.” 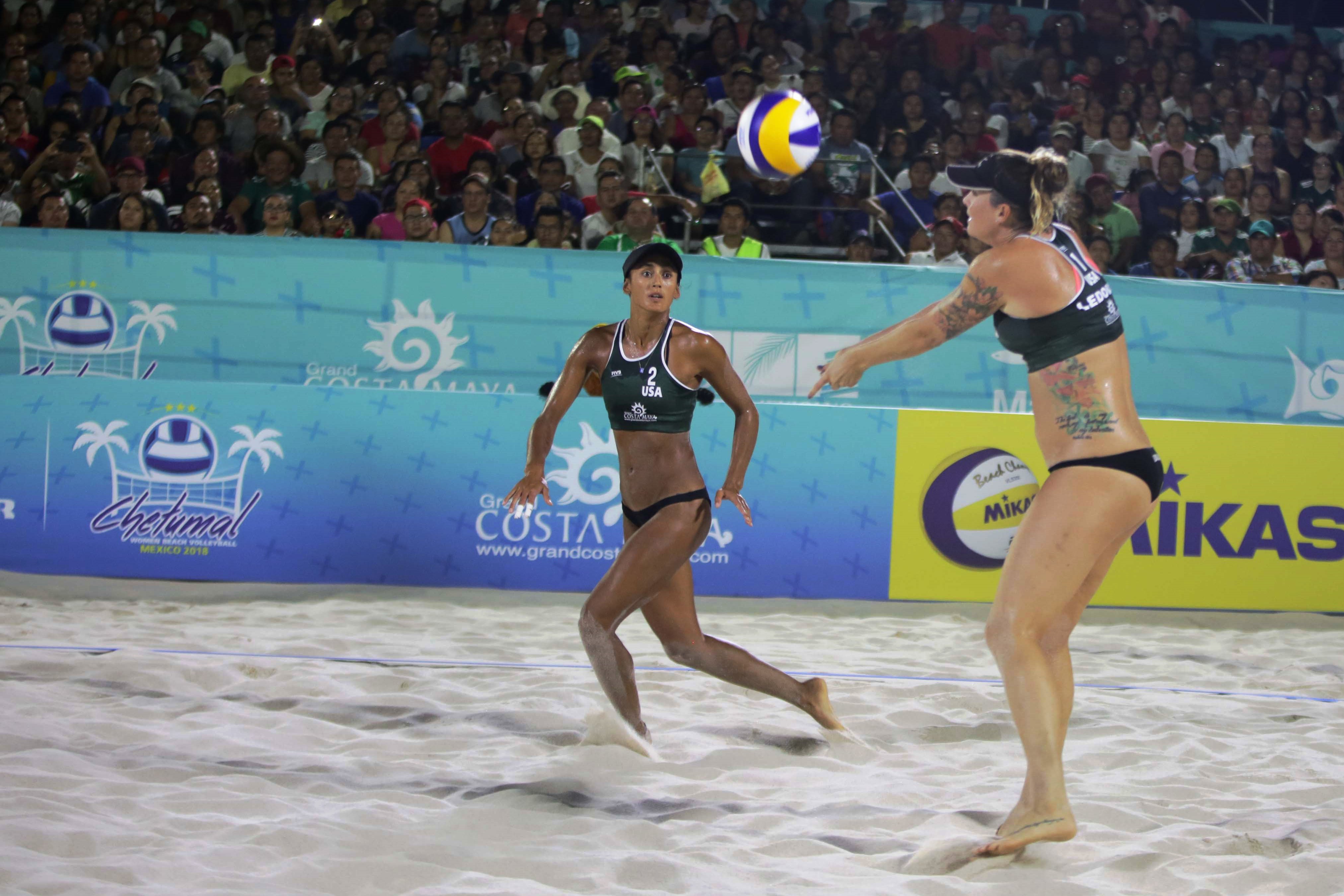 Americans Ledoux and Urango advanced to the final in their first World Tour event as a team
Ledoux and Urango, on the other hand, were entered to play in the qualification tournament in Chetumal, but ultimately advanced directly to the main draw. They are playing together in the World Tour for the first time after pairing in two events of the American AVP and finishing second and third.
They debuted in the tournament with a setback to Martha Revuelta and Zaira Orellana in pool play, but got revenge from the Mexicans with a 2-0 (21-18, 21-13) victory over the home team in the quarterfinals. In the semifinals, they came from behind to prevail over the McNamara twins in three sets 2-1 (15-21, 21-15, 15-13).
“It’s awesome,” Ledoux commented. “For our first tournament together in the World Tour, we are having a great experience and to come this far, it’s impressive. We played some very good teams and needed to make some adjustments on the way. It has been a great tournament and I’m really proud of us so far.”
“Against Canada, we keep focusing on our side,” Urango added. “We have our tough serve and a good pass-set and these are the things we can control. That’s what made us better.”
Quick links - Beach volleyball:FIVB Beach Volleyball World Tour - ChetumalFIVB.com - Beach volleyballLatest VideosFacebookTwitterInstagram