Carambula & Rossi are just getting started 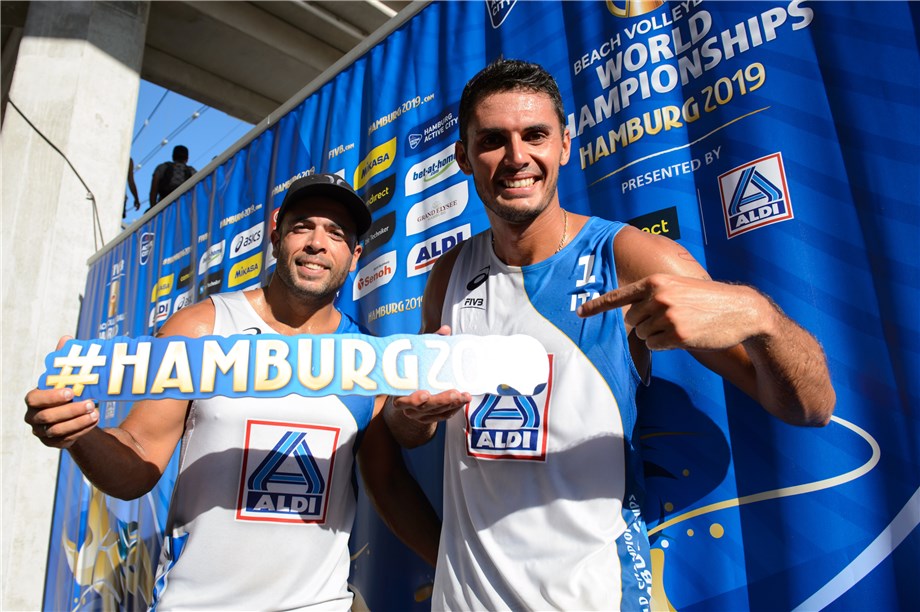 Hamburg, Germany, July 1, 2019 - It’s been quite a week for Adrian Carambula, and it looks like the Italian Olympian is just getting started.
Quick links - Beach volleyball:
FIVB Beach Volleyball World Championships Hamburg 2019
FIVB.com - Beach volleyball
Facebook
Twitter
Instagram
On Wednesday, Carambula and partner Enrico Rossi went to sleep with the disappointing news having been delivered: they would not be a participant in the 2019 FIVB Beach Volleyball World Championships presented by comdirect and ALDI Nord at Am Rothenbaum Stadium.
All they knew was that they were the first team outside of the 48 men’s teams that were descending upon Germany’s second-largest city.
“We knew we were the first team out, so we were in contact with the FIVB the whole week (prior),” Carambula said. “The day before we had to sign in, they told us that the African team finally got their visa, so it was no.
“I went to training and I was so bummed I didn’t even take a shower. I didn’t eat and I went to sleep.”
The phone call woke them up early on Thursday morning. They were in.
“I woke up and I didn’t shower, I came straight to the airport,” Carambula said. “We signed in (Thursday), I went to the technical meeting and then I took a shower.
“Physically we were ready because we had a good month of preparation. Mentally we were not. But obviously the first 24 hours were exciting with everybody saying congratulations. When we woke up, it was like OK, game mode, let’s focus.”
In their first Pool D match, they lost a three-set heartbreaker to Cherif Samba and Ahmed Tijan of Qatar (18-16 in the third set). They rebounded with a comeback victory over Belgium’s Tom Van Walle and Dries Koekelkoren, then Monday sealed their second-place finish in the pool with a grueling two-set win over Ondrej Perusic and David Schweiner of the Czech Republic.
But holding the course, there was no shortage of drama. With the Italians holding a 12-11 lead in the second set, Carambula pulled up and grabbed his left hip in pain. He took a medical timeout as the physios worked him over, then limped back onto the court.
“I was very scared because I thought ‘Oh my God, it will be very difficult’ because the Czech Republic is a very strong team and we have to play 100 per cent to beat them,” Rossi said. “It was difficult but because of the injury he played better so it’s OK.” 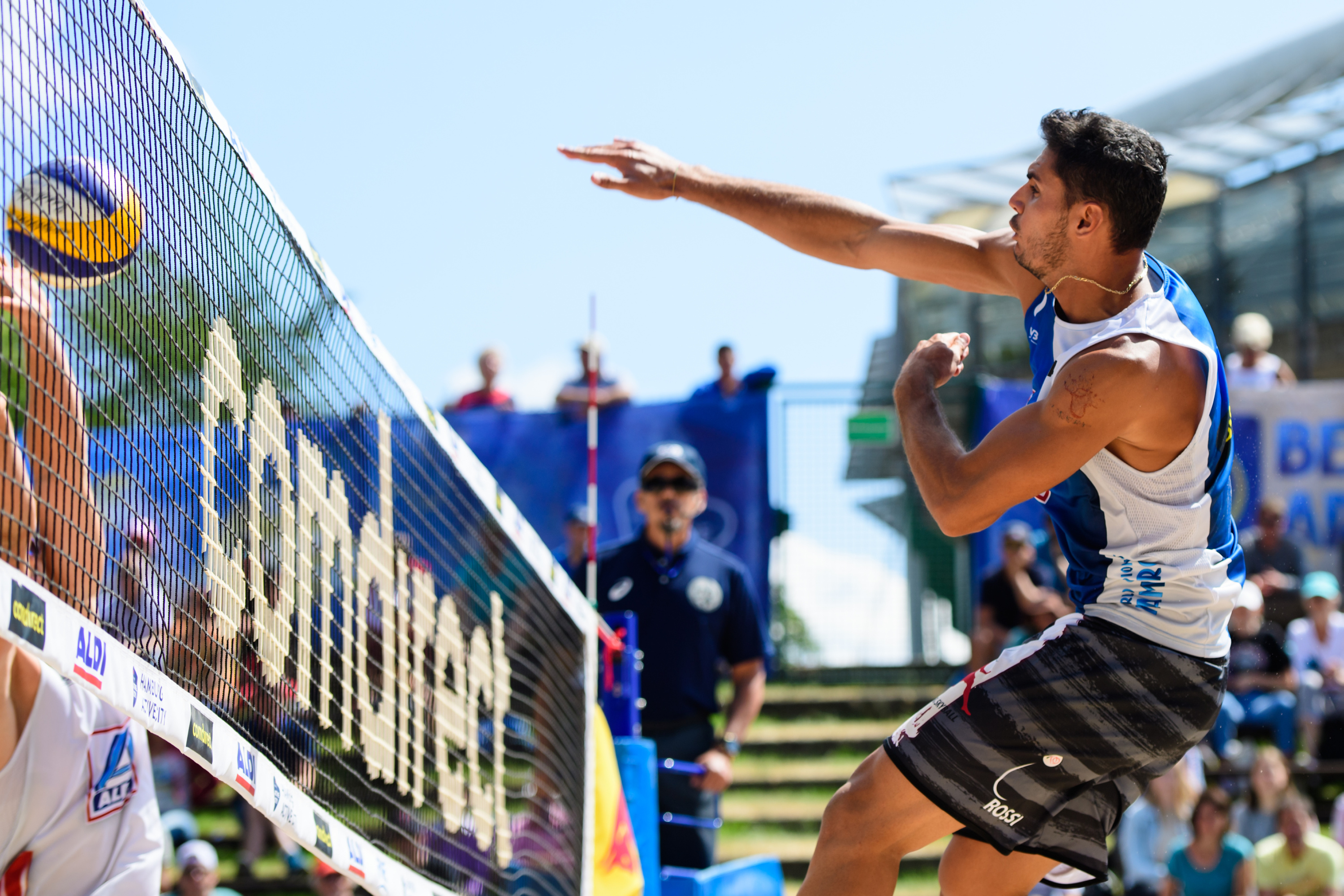 Hitting at Mikasa is Enrico Rossi of Italy.
They both got a laugh out of that one.
Discarding his famous skyball, Carambula gingerly got through the rest of the second set and the Italians had another victory.
Now it’s onto the knockout phase of the tournament, but that shouldn’t pose a problem. After all, they’ve already been knocked out once.
“It was awesome to play good beach volleyball, it was awesome to have a good relationship again with a partner, with our coach (Marco Solustri),” Carambula said. “It’s just fun out here again now.”