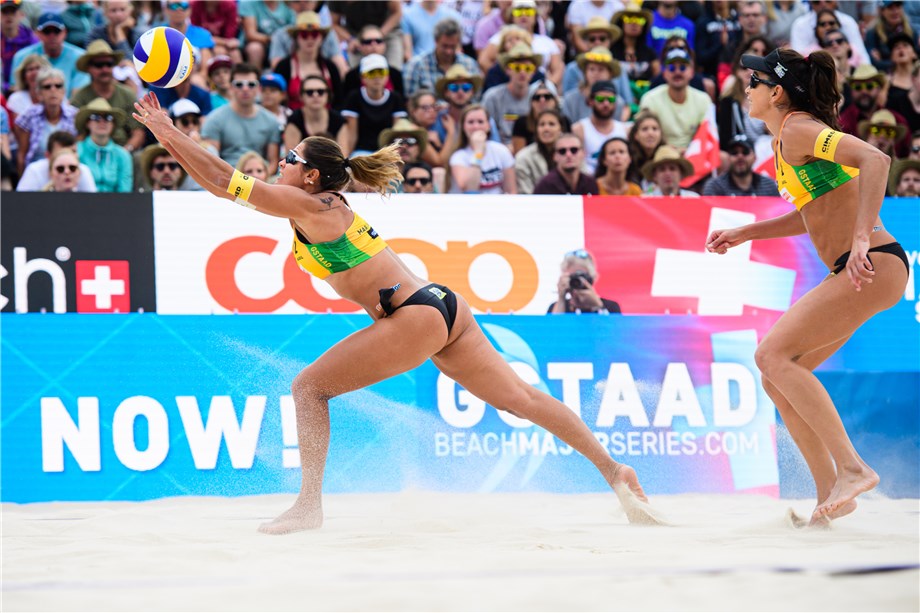 Lausanne, Switzerland, November 5, 2019 – Ranked sixth in the FIVB Beach Volleyball World Rankings, but not lining up to represent Brazil at the Tokyo 2020 Olympic Games, Carol Salgado and Maria Elisa Antonelli have decided to split. The announcement was made on the team’s Instagram account.

Together since 2017, the 32-year-old Carol and the 35-year-old Antonelli, a London 2012 Olympian, have played in 31 international tournaments as a team, winning one gold medal (in their second tournament, in the Hague), five silver and one bronze.
They also enjoyed success at a national level under the guidance of coach Luciano Kioday and were Brazilian champions in the 2017-2018 season.
“Over the last two years we fought hard for our goals as we wanted to represent our team, our sponsors and our supporters in the best possible way,” the message said. “Even though our biggest dream, which was to compete at the Tokyo Olympics, didn’t materialize, we can’t forget to celebrate the multiple victories we had in Brazil and internationally as they made us feel like it was all worth it. The life of an athlete is made of cycles and ours end here.”
Both players haven’t played since the 2019 World Tour Finals, in September, but they will return to the courts between November 20 and 24, at a stop on the Brazilian Tour in Ribeirão Preto. Antonelli will play for the first time with her new partner 35-year-old Elize Maia Secomandi, who is returning to the sport after giving birth to her first daughter, Antônia, at the end of July.
Carol, on the other hand, will turn to a familiar face to compete in the event as she will partner her older sister Maria Clara Salgado. The two were partners between 2003 and 2015 and played in 135 World Tour tournaments together during this period. After the tournament in Ribeirão Preto, Carol is expected to announce her new partner.