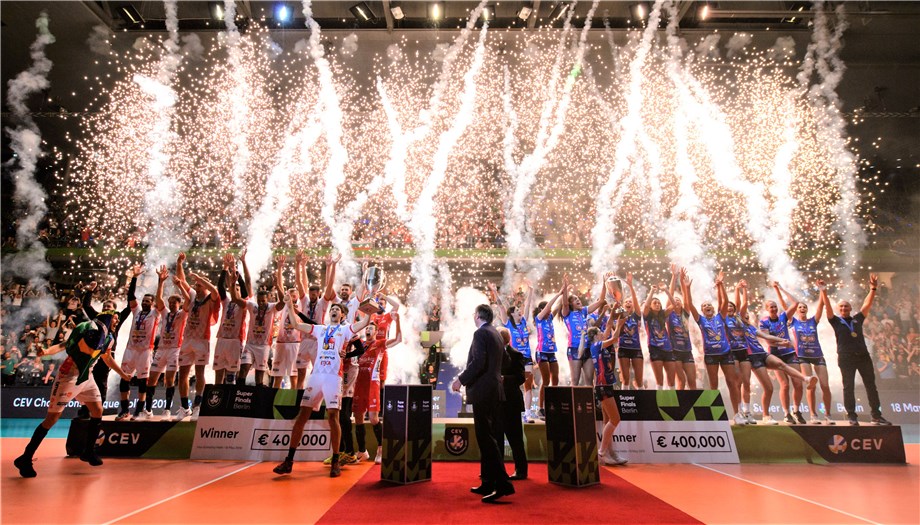 Luxembourg, August 19, 2020 – The European Volleyball Confederation (CEV) and Polish broadcaster Telewizja Polsat have announced an exclusive five-year partnership which will see Polsat Sport channels broadcasting a variety of CEV club competitions.
The partnership has been agreed for five seasons, from 2020/2021 to 2024/2025 inclusive, with Telewizja Polsat acquiring exclusive rights to broadcast the CEV Champions League Volley, CEV Volleyball Cup and CEV Volleyball Challenge Cup. Polish fans will now be able to follow and enjoy some of the best Polish Plus Liga clubs, with five teams already confirmed for this year’s CEV Champions League Volley and two more looking to secure their place in the competition.
CEV President Aleksandar Boričić said:
“Poland has been one of the best promoters of our sport through its incredible fans, a reliable and stable volleyball ecosystem and continuous competitiveness of its representatives in our competitions. We are convinced that this new partnership with Telewizja Polsat will offer a new home for European club volleyball where the passionate Polish fans will be able to watch and enjoy the high-end product of our sport for the next five seasons.”
The agreement marks the first major partnership secured by Infront, the exclusive media rights partner of the CEV, since its relationship was expanded to include Europe’s top club competitions along with international tournaments.