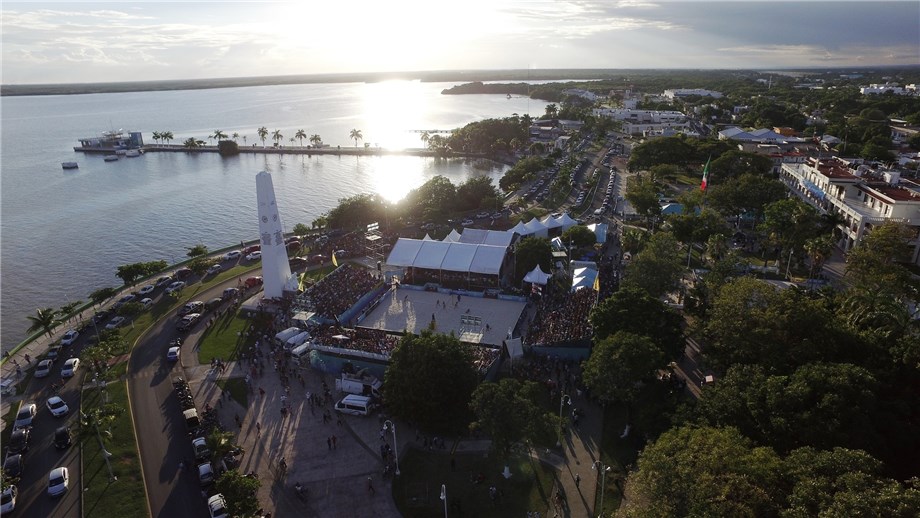 The World Tour returns to Chetumal in Mexico from November 13 to 17.

Lausanne, Switzerland, October 24, 2019 - Mexico will host two highlights of the 2019-2020 FIVB Beach Volleyball World Tour season in mid-November in Chetumal and during the final days of March in Cancun. The Chetumal event will be the fifth on the 2019-2020 calendar after stops in Bandar Torkaman, Iran (October 1-4), Qinzhou, China (October 30 - November 3), Tel Aviv, Israel (November 6-9) and Doha, Qatar (November 12-15), while the event in Cancun in March will be the third of eleven 4-star tournaments this season.

The 2019 Chetumal event will feature both men's and women's competitions, as will the Cancun stop, which is scheduled for March 25-29, 2020. Cancun, which is located 400 km (250 miles) north of Chetumal, becomes the fifth Mexican city to host an FIVB World Tour event. 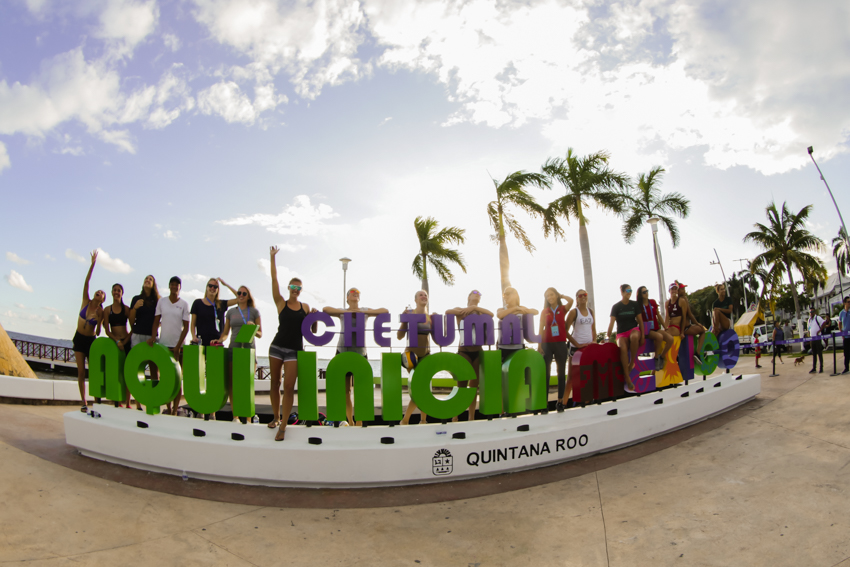 Players visit the sites of Chetumal in 2018
Before Chetumal's appearance in 2018, the first FIVB beach volleyball events in Mexico were held on beaches on the Pacific Ocean side of the country in Acapulco (1999, 2005, 2006 and 2014), Rosarito (2000) and Puerto Vallarta (2014 and 2016).
The inaugural Chetumal event was held in mid-October 2018 and featured women's play only where Canadians Heather Bansley and Brandie Wilkerson topped the podium by posting a gold medal win over American rivals Caitlin Ledoux/Geena Urango in the finals.

Both the Chetumal and Cancun events will feature $300,000 in prize money along with being part of the qualifying process for the Tokyo 2020 Olympic Games where the 800 points for winning each gender's gold medal will benefit a team’s provisional ranking and seeding.

Mexico's top entrants in Chetumal will be 2016 Rio Olympians Lombardo Ontiveros/Juan Virgen and the women's pair of Zaira Orellana/Martha Revuelta, who placed fifth at the 2018 Chetumal event.

Ontiveros and Virgen, the only men's or women's team from Mexico to win a medal on the FIVB World Tour, started playing together in 2012 and have competed in 88 international events highlighted by gold (2015) and silver (2019) medal finishes at the Pan American Games,

On the World Tour, Ontiveros and Virgen have collected two silver and four bronze medals in 61 appearances with the first podium placement being at the 2014 Puerto Vallarta Open in 2014 with a third place finish.  The Mexican pair has also claimed 12 titles and 17 medals together on the NORCECA circuit.