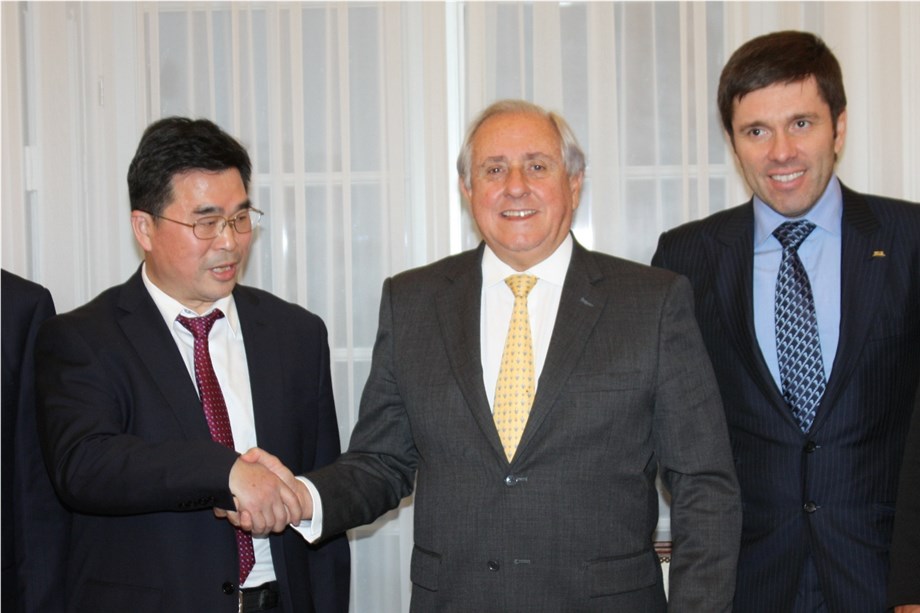 Lausanne, Switzerland, December 20, 2017 – The International Volleyball Federation (FIVB) and Eventcourt are pleased to award the Province of Zhejiang the right to host the next two editions of the FIVB Volleyball Women’s Club World Championship in 2018 and 2019.

Following the announcement, FIVB President Dr. Ary S. Graça F° said: “I look forward to seeing the Women’s Club World Championship take place in China for the first time ever in the event’s history. China has long been a supporter of the FIVB and its commitment to host the next two editions of the event is remarkable. The popularity of volleyball in the country continues to grow, particularly after fantastic success at the Rio 2016 Olympic Games.

“China enjoys a grand tradition of hosting top volleyball events and the 2018 FIVB Women’s Club World Championship will allow the fans in China to see the best club teams and players in the world. The Province of Zhejiang will contribute to the growth of volleyball worldwide and help the FIVB to fulfill its vision of making volleyball the number one family sport in the world.”

Speaking at the signing ceremony, Mr. Sun Guangming, the chairman of Zhejiang Sports Bureau, said: “It is a great honour for us to sign the contract at FIVB Headquarters, and we would like to thank the FIVB for giving us the opportunity to host the next two editions of the FIVB Women’s Club World Championship.

“We are confident that the Zhejiang Province can host incredibly successful volleyball events and we look forward to welcoming the whole Volleyball Family to China.”

President of the Eventcourt Board of Directors, Stav Jacobi, expressed his full commitment in ensuring the great event in China.

“The next two editions of the FIVB Volleyball Women’s Club World Championship in China will be an important milestone in the consistent growth of international women’s club volleyball. Together with the FIVB, the Zhejiang Province authorities and Eventcourt will ensure a remarkable event, enjoyable for athletes to compete at and for fans to watch.”