It is the first time a tournament in this format has been organised and it will take place from September 18 to 22, 2019. 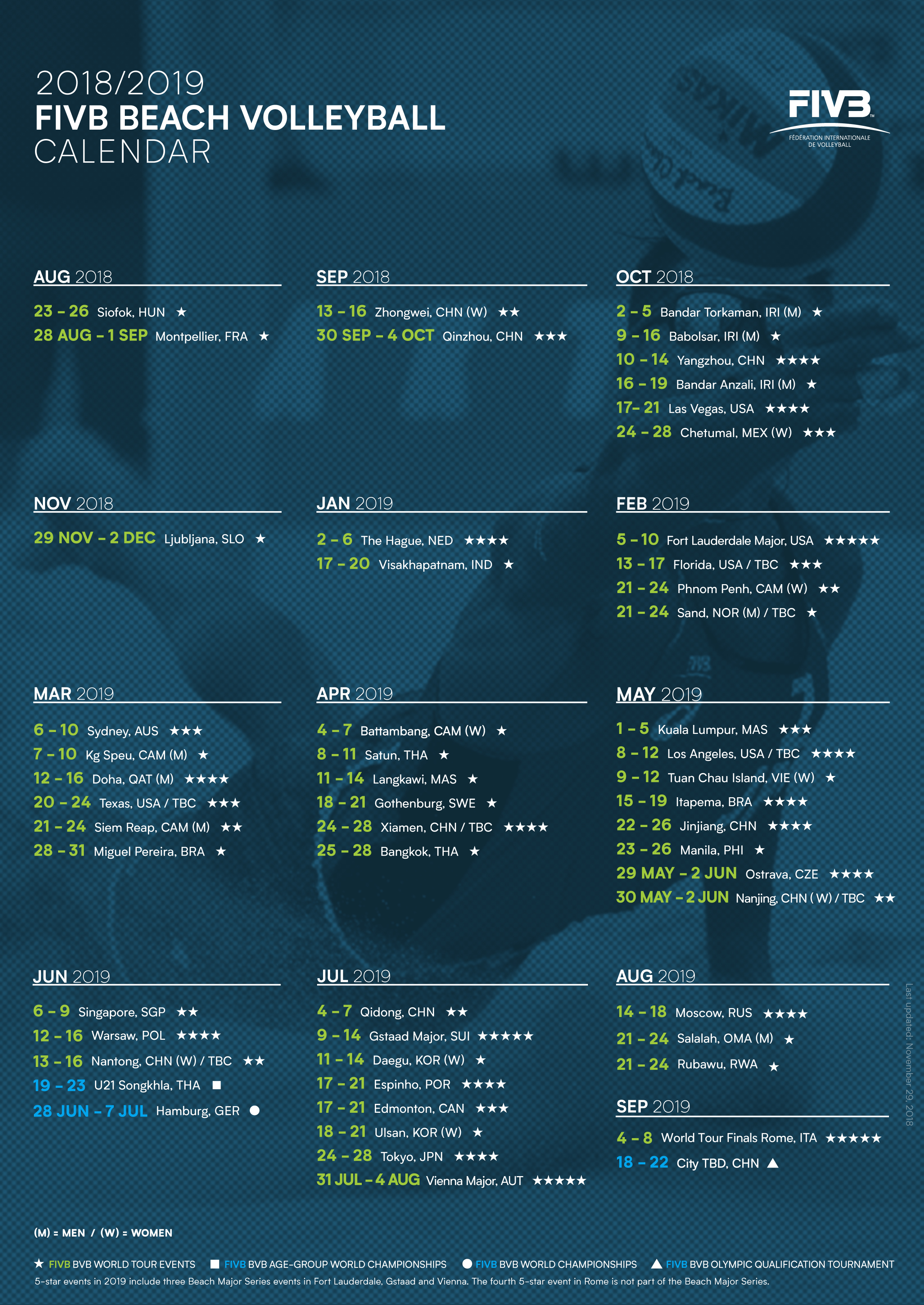 FIVB President Dr. Ary S. Graça F° said: “This important qualifier event attributed to China recognizes the country’s strong commitment to the promotion of beach volleyball. China will organise more FIVB beach volleyball events than any other country in 2018/2019 and has the capacity to stage 5-star World Tour tournaments and the FIVB Beach Volleyball World Championships in the future.  Working with event promoter CCTV Sports & Entertainment Co., LTD (CCTVSE), host broadcaster CCTV Sports Channel and with the FIVB’s network of broadcasting partners will also ensure the event reaches a wide audience in China and internationally.”
Unlike qualifying for the London 2012 and Rio de Janeiro 2016 Olympic Games, the Olympic Qualification Tournament in September next year is being kept separate from the FIVB Continental Cup which earns one NOC/NF per gender, per continental confederation a place.

In the two qualifying cycles in 2012 and 2016, the teams that finished second and third had another chance to qualify at the FIVB Continental World Cup, which will not be the case for Tokyo 2020. 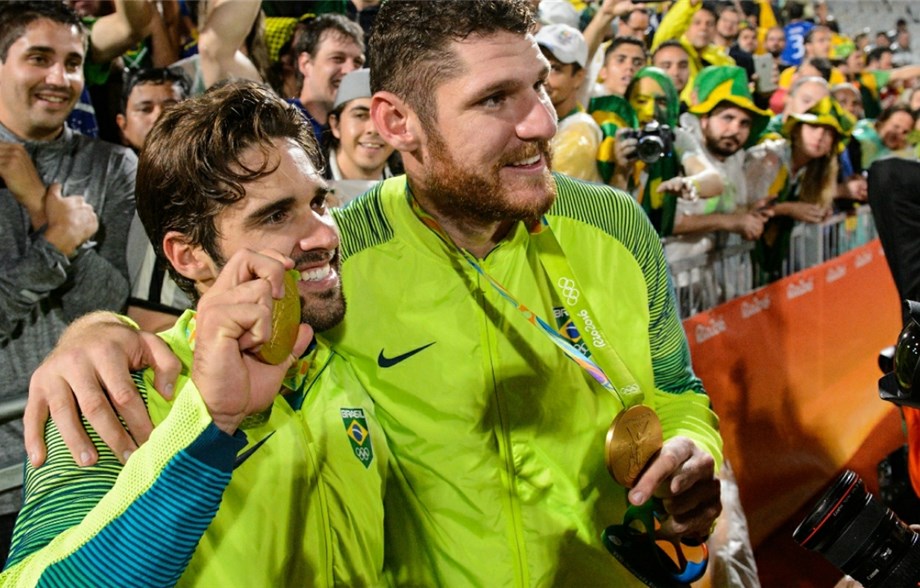 Alison Cerutti and Bruno Schmidt celebrate winning Olympic gold in 2016
The winners of the Hamburg 2019 FIVB Beach Volleyball World Championships will earn their NOC/NF a qualification place. At Rio 2016 Alison Cerutti and Bruno Schmidt won Olympic gold on Copacabana Beach a year after they had won gold at the Netherlands 2015 World Championships. Germany’s Laura Ludwig and Kira Walkenhorst are the reigning women’s Olympic and world champions.
The other five places will come from the Continental Cup Finals scheduled on the week of 22-28 June 2020 to ensure that all five continental confederations will be represented at Tokyo 2020. Beach volleyball will take place at Shiokaze Park right on Tokyo’s waterfront and Japan’s capital had a taste of what to expect when it hosted the FIVB Beach Volleyball World Tour 3-Star Tokyo Open at DiverCity Tokyo Plaza in July. A 4-star event will take place in Tokyo at Shiokaze Park from July 24 to 28, 2019, which will also serve as the official test event ahead of the Olympic Games.