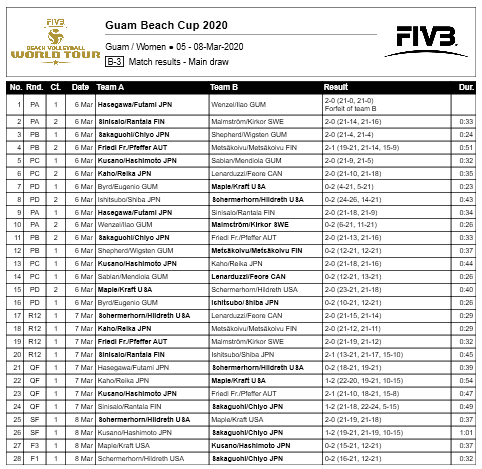 Sakaguchi/Chiyo defeated Sarah Schermerhorn/Kimberley Hildreth of the USA in two sets, 21-16 and 21-12, to secure their second gold medal together on the FIVB Beach Volleyball World Tour.
The Japanese duo have been playing together since 2019, and previously collected a bronze medal in the two-star tournament in Siem Reap on February 9.
In Guam, the pair’s 16th FIVB Beach Volleyball World Tour tournament together, Sakaguchi/Chiyo were the only team to finish unbeaten in competition.
In the semis, they faced compatriots Suzuka Kusano/Ayumi Hashimoto. After one hour and one minute, they sealed a three-set victory to secure a place in the final.
The subsequent win over Schermerhorm/Hildreth netted the athletes US$1,000.
With gold in Guam, Chiyo Suzuki has officially become the Japanese player with the most FIVB Beach Volleyball World Tour medals since the start of the FIVB-sanctioned events in 1987. She now has three gold medals, one silver and five bronzes. 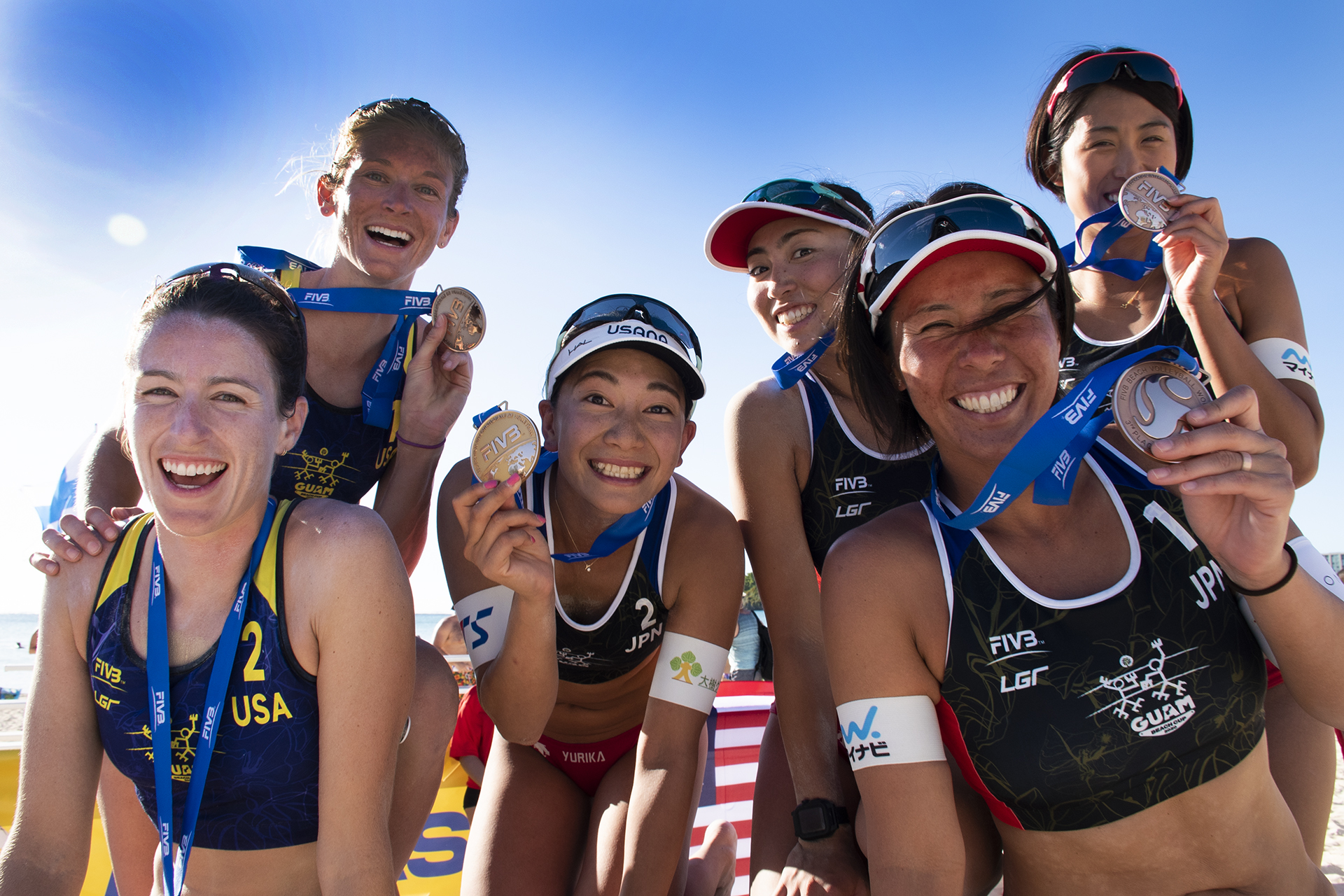 The medallists in Guam

Chiyo previously won gold medals in Budapest, Hungary in 2019 with Sakaguchi, and in Sentosa, Singapore in 2018 with Reika Muraki.
Schermerhorn/Hildreth beat US compatriots Delaynie Maple/Megan Kraft, 21-19 and 21-18, in the semis before falling in the final.
The teams met earlier in the competition during the pool D matches, with Maple/Kraft taking the first match.
Playing their tournament debut, the two 17 year olds were unbeaten until the semis.

Quick links:
FIVB Beach Volleyball World Tour - Guam
FIVB.com - Beach volleyball
Facebook
Twitter
Instagram
They eventually faced Kusano/Hasimoto for the third place – a match in which the Japanese team leveraged its experience to win in straight sets, 21-15 and 21-12, and take bronze.
The first women’s Guam Beach Cup was the sixth one-star tournament of the season. The FIVB Beach Volleyball World Tour now moves to Doha, Qatar for a four-star tournament on February 9-13, 2020.
This website uses cookies to ensure you get the best experience on our website. For more information please read our Cookies Policy.
Ok