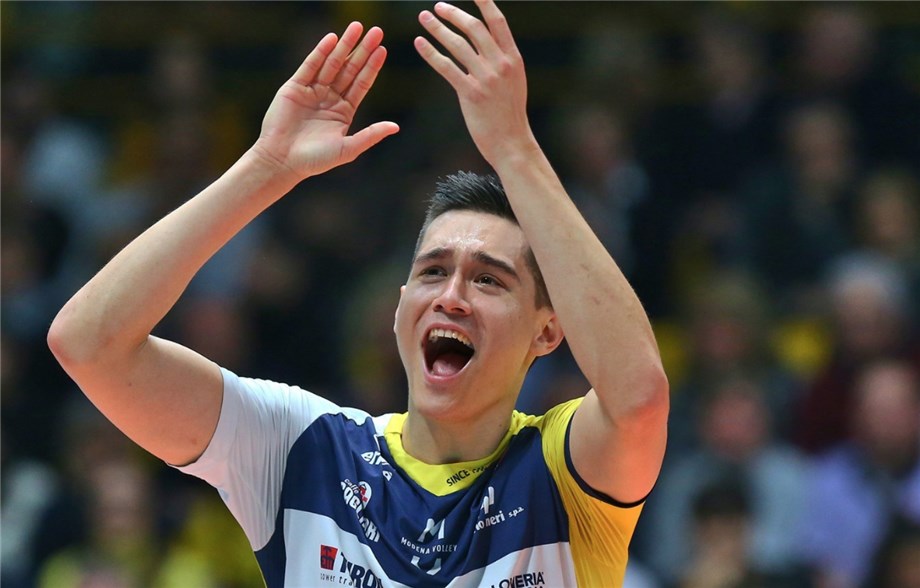 Micah Christenson is set to lead Modena in Italy's SuperLega

Rome, Italy, July 29, 2020 – Micah Christenson will be leading from the front when his team Modena return to action in Italy’s SuperLega after he was named club captain by coach Andrea Giani.
The 27-year-old setter has been with the yellow and blues since 2018 and he signed a three-year extension with the club in February.
Christenson helped Modena win the 2018 Italian Super Cup and he will be vital to the club’s pursuit of a first SuperLega title since 2016.
“Above all I am honoured and proud to take on such an important role as captain,” he said. “I see a squad full of character.
“We’re not here to make promises, you don’t get the results you want that way. I am happy to be here at this important club and have the trust of the club and staff.
“I had no doubts about staying. We’re here to win, not just participate.”
Christenson was hoping to be part of the USA squad at the Tokyo 2020 Olympic Games and help their pursuit of a first Olympic gold since 2008.
He helped the USA win bronze at the Rio de Janeiro 2016 Olympic Games and the Italy-Bulgaria 2018 FIVB Volleyball Men’s World Championship, while he won gold at the 2014 FIVB Volleyball World League and 2015 FIVB Volleyball World Cup.
Since the end of the 2019-20 SuperLega season Modena lost star player Ivan Zaytsev, who signed for Kuzbass Kemerovo, and Christenson’s fellow USA internationals Matt Anderson and Max Holt, but they have signed Italian opposite Luca Vettori.
“I’ve never thought of leaving,” Christenson said. “This new team excites me just as much as the ones before.
“There may be stronger teams on paper, but I think we will be able to be competitive. We are really pumped up and can see an incredibly competitive Modena team. We aren’t here to compete we want to leave our mark.”
More volleyball from Italy:
Birarelli latest Italian star to bid arrivederci
Double the celebration for Gottardo brothers in Padova
Patience the key for Lupo
Sylla aiming to maximise break for Tokyo Benefit
Savani takes his leave from volleyball
Bisonte firm up squad for next season
Blengini hopes young guns can take their chance
Egonu sounds warning to rivals
Nicolai and Lupo enjoying Florida delights
Lube Civitanova in dreamland with Coppa Italia victory