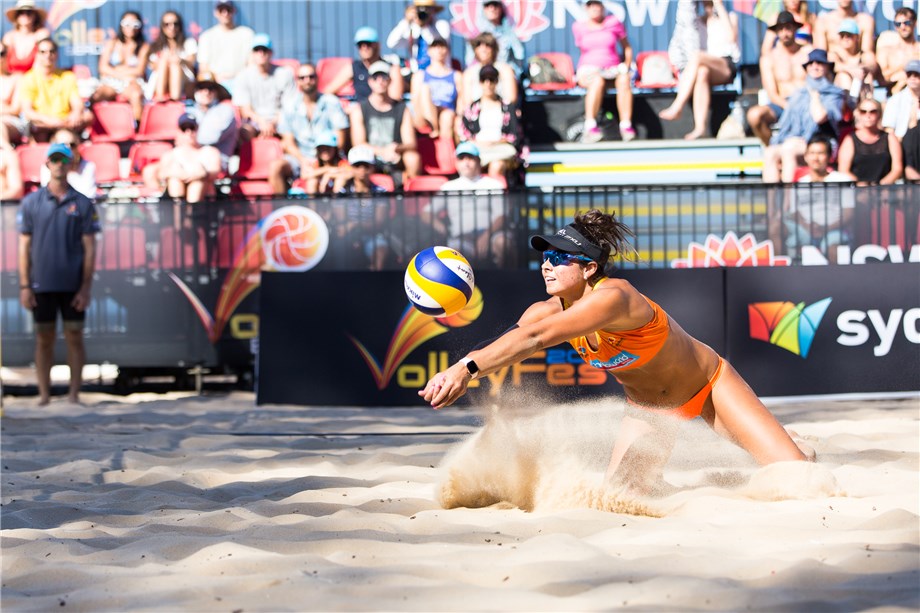 “Just like any other competing team in the FIVB World Tour, our goal is to win,” Clancy said. “We’re just excited that this is our first tournament for the season, so hopefully whatever we have done in the past season we can just try to continue to put that on the court at this tournament.

“It’s the Olympic qualification year so we just want to start the year strong and take it one match at a time. There are great quality teams at the tournament this year, which has levelled up from a 2-star to a 3-star event. It would be great to see these teams play at Manly Beach.”
Artacho Del Solar is hoping to be inspired at Manly Beach, where she and Clancy are the team to beat in the main draw tournament starting Thursday.

“We’re just really excited to be playing at home in front of family and friends,” Artacho Del Solar said. “It’s going to be a great event and we are really looking forward to play on Thursday. We will just focus on our side and just prepare for the battle with whoever we go up against.”

Clancy and Artacho Del Solar will find plenty of worthy opponents like second- and third-seeded pairs from Germany – Karla Borger and Julia Sude and Victoria Bieneck and Isabel Schneider.

Three-time Olympic gold medallist Kerri Walsh-Jennings and partner Brooke Sweat of the United States will also attract a lot of attention as the former aims to make it to her fifth appearance at Olympic Games beach volleyball.

They will also face seeded teams like George Souto Maior Wanderley and Thiago Dealtry Barbosa of Brazil, Esteban and Marco Grimalt of Chile, and Alex Ranghieri and Marco Caminati of Italy, among the 24 countries that are entered in the men’s competition.