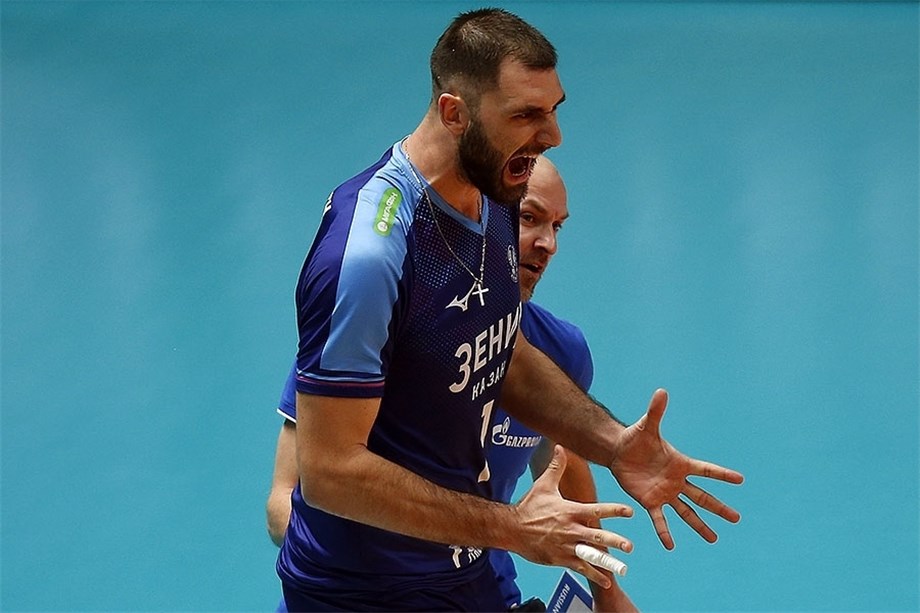 Lausanne, Switzerland, November 30, 2019 – He already knew he would play for Zenit Kazan in the coming season. Yet in his last match for Cucine Lube Civitanova, the final of the 2019 CEV Champions League, Tsvetan Sokolov top scored 17 points against Zenit to triumph with the trophy. With the 2019 FIVB Club World Championship coming up from December 3 through 8, the 206-cm-tall Bulgarian is getting ready for another emotional encounter between these two teams in Betim. This time he will be hammering away for the Russian club.
“Yes, I am ready to stand against my long-time club Lube. I am pleased with the opportunity to meet up with some friends before the match, but I am sure, on the court everyone will give their best for the win,” Sokolov told fivb.com. “And I hope this time the win will be for Zenit.” 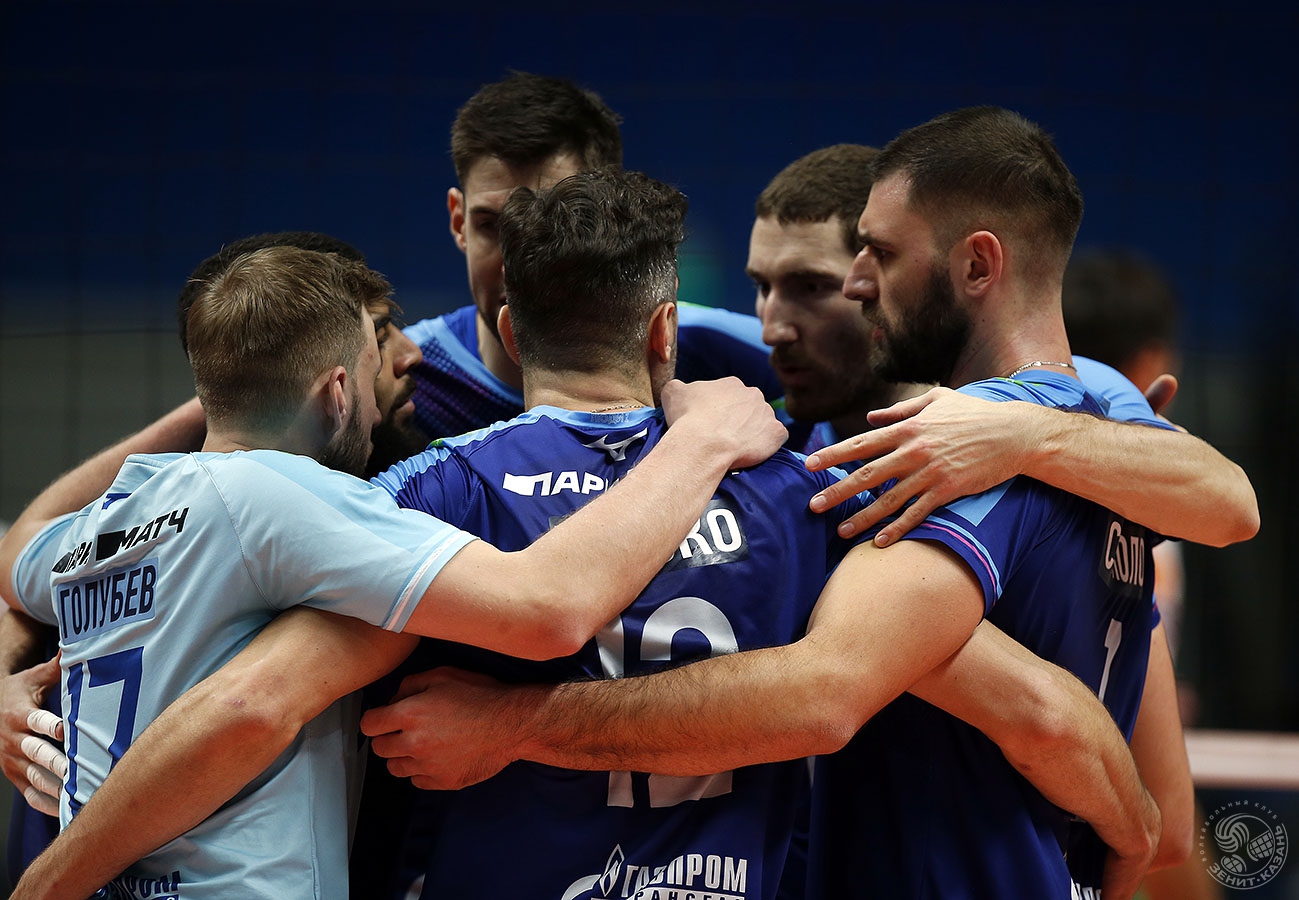 Zenit Kazan together (Photo: Roman Kruchinin / zenith-kazan.com)
The 29-year-old opposite has already made a legendary name for himself in the history of the Club World Championships. He has participated in seven editions of the tournament with his former Italian teams, five times with Trentino Volley and twice with Lube; he has triumphed with the world title three times (all with Trentino) and claimed two silver (with Lube) and one bronze medals. Sokolov was named on the Dream Team of the two most recent Club World Championships, in 2017 and 2018, as well as in 2013.
“I am extremely happy that I will be able to take part in yet another Club World Championship. This year it will be even more special, because for the first time I will fight for the title with my new team Zenit Kazan,” Sokolov stated. “It’s a tremendous privilege and honour for me to be part of this team and I hope we will manage to reach our goals.”
Zenit and Lube are set to meet on December 5, in the last leg of round-robin play. Before that, on December 3, Zenit will start their Betim 2019 campaign with a game against Sada Cruzeiro Volei Belo Horizonte, South American club champions and hosts of the 2019 Club World Championship, and on December 4, they will meet Qatar’s Al-Rayyan. The two semifinals on December 7 will match the first-placed against the fourth-placed team, and the second-placed against the third-placed team. The medal matches are scheduled on December 8.
As a team, Zenit will be looking for their second Club World Championship title, after claiming gold at Poland 2017, when they defeated Lube in the final. Within a total of seven appearances, the Russian powerhouse has also added two silver (2015, 2016) and two bronze (2009, 2011) medals to their collection.
Sokolov has, in fact, joined a bright constellation of stars, many of whom go way back with Zenit and bring in tonnes of experience and honours from the Club World Championships and other top-level competitions. Seven players of their 2017 gold-medal squad and as many as ten of this year’s Champions League silver medallists are set to appear at Betim 2019.
28-year-old Earvin Ngapeth, the big star of the French national team, 2015 European champion, and arguably one of the most spectacular players in the world, who joined Zenit in 2018, is the only other foreigner on the roster.
For the opposite’s position, Sokolov should be competing with top-notch spiker Maxim Mikhaylov who was himself the winner of the 2015 Best Opposite and the 2011 Best Scorer individual awards at the Club World Championships, and has eight Champions League medals to his name, but the 31-year-old Russian international, also gold medallist, Best Scorer and Best Spiker at the 2012 Olympics and bronze medallist at the 2008 Olympics, among many other honours he achieved with his national team, has taken on assignments to zone four, so that both Sokolov and he can be on the court at the same time.
Zenit are led by captain Alexander Butko, gold medallist and Best Setter of the 2017 Club World Championship and silver medallist in 2013 and 2016. 33-year-old Butko is 2012 Olympic champion with Russia and has gold medals from the 2011 World Cup and the 2017 European Championship, as well as four titles and one Best Setter award from the Champions League.
Artem Volvich and Alexey Samoylenko, middle blockers on the Club World Championship Dream Teams in 2016 and 2017, respectively, are the other Russian names that stand out in the constellation from Kazan.
The club from Tatarstan boasts an impressive showcase of honours, which, in addition to the five Club World Championship podiums, includes six gold, two silver and one bronze medals from Europe’s Champions League, 10 gold, one silver and four bronze medals from the Russian national league, eight national cups and seven national super cups. Since the start of the new season in the Russian Superliga, coach Vladimir Alekno’s squad have won six of eight games played and are currently ranked second. They have already made it to the final four of the Russia Cup tournament.
Quick links - Volleyball:
FIVB Volleyball Men's Club World Championship
Facebook
Twitter
Instagram
Youtube