Colaci has new deal, but no new trophy 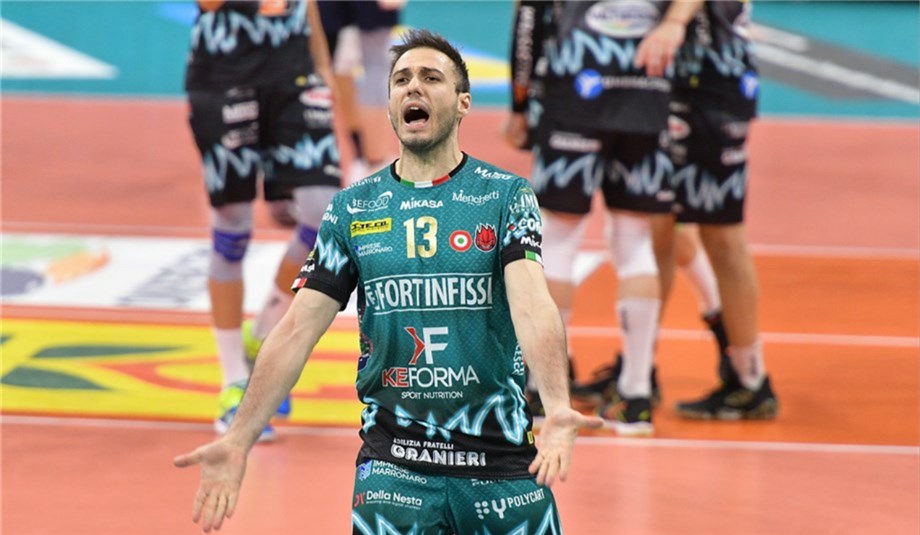 Massimo Colaci has signed with Perugia for two more seasons

Perugia, Italy, February 24, 2020 – Massimo Colaci was denied a happy ending to the week in which he extended his deal with Safety Perugia VC when they lost the Italian Cup final to Lube Civitanova on Sunday.
Vital Heynen’s squad lost a thrilling encounter 3-2 (21-25, 25-23, 25-23, 34-36, 15-10) in front of 8,900 fans at the Unipol Arena in Bologna.
Earlier in the week Colaci signed on for a further two seasons for the club with whom he has played since 2017.
Colaci has won four Italian titles, most recently in 2017-18 with Perugia and was also part of the Trentino side that won the FIVB Volleyball Men’s Club World Championship in 2010, 2011 and 2012.
The 34-year-old will be back in action with Perugia on Sunday when they travel away to take on Sora and try to hold onto top spot in the Italian SuperLega.
They are currently top with 51 points, level with Civitanova. Who else?

More volleyball from Italy:
Leal and Simon celebrate new deals in style
Giani hails perfect 10 as Modena keep up the chase
Menegatti not taking Tokyo 2020 qualification for granted
Mazzanti ready for fight in Tokyo 2020 pool
Christenson keeps Modena in the hunt for Italian title
Blengini taking nothing for granted after Olympic pool draw
Carambula in World Tour form on Copacabana
Atanasijevic celebrates new contract in style
Egonu in top form as Conegliano add another trophy to their collection
Does Hancock hold the aces for USA at Tokyo 2020?
Piccinini is back!