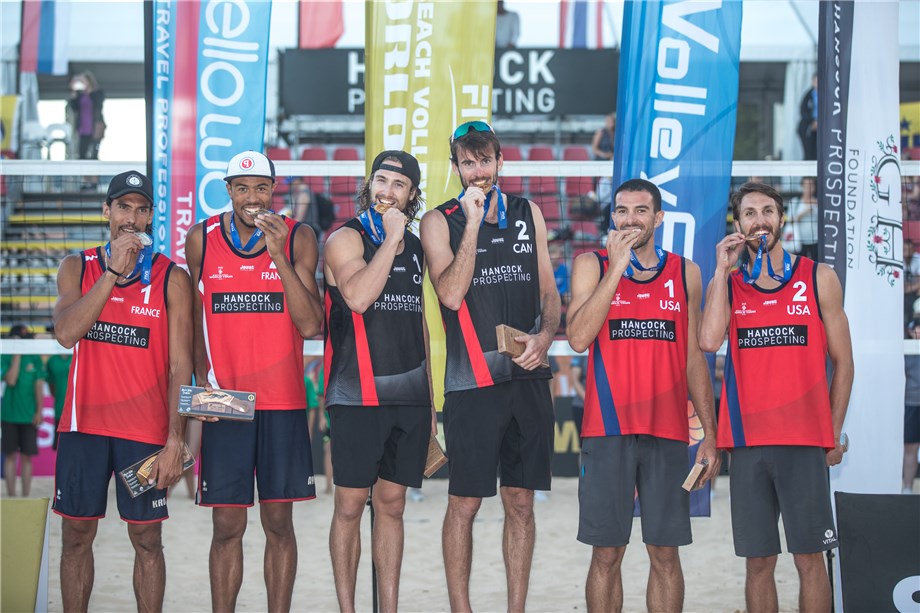 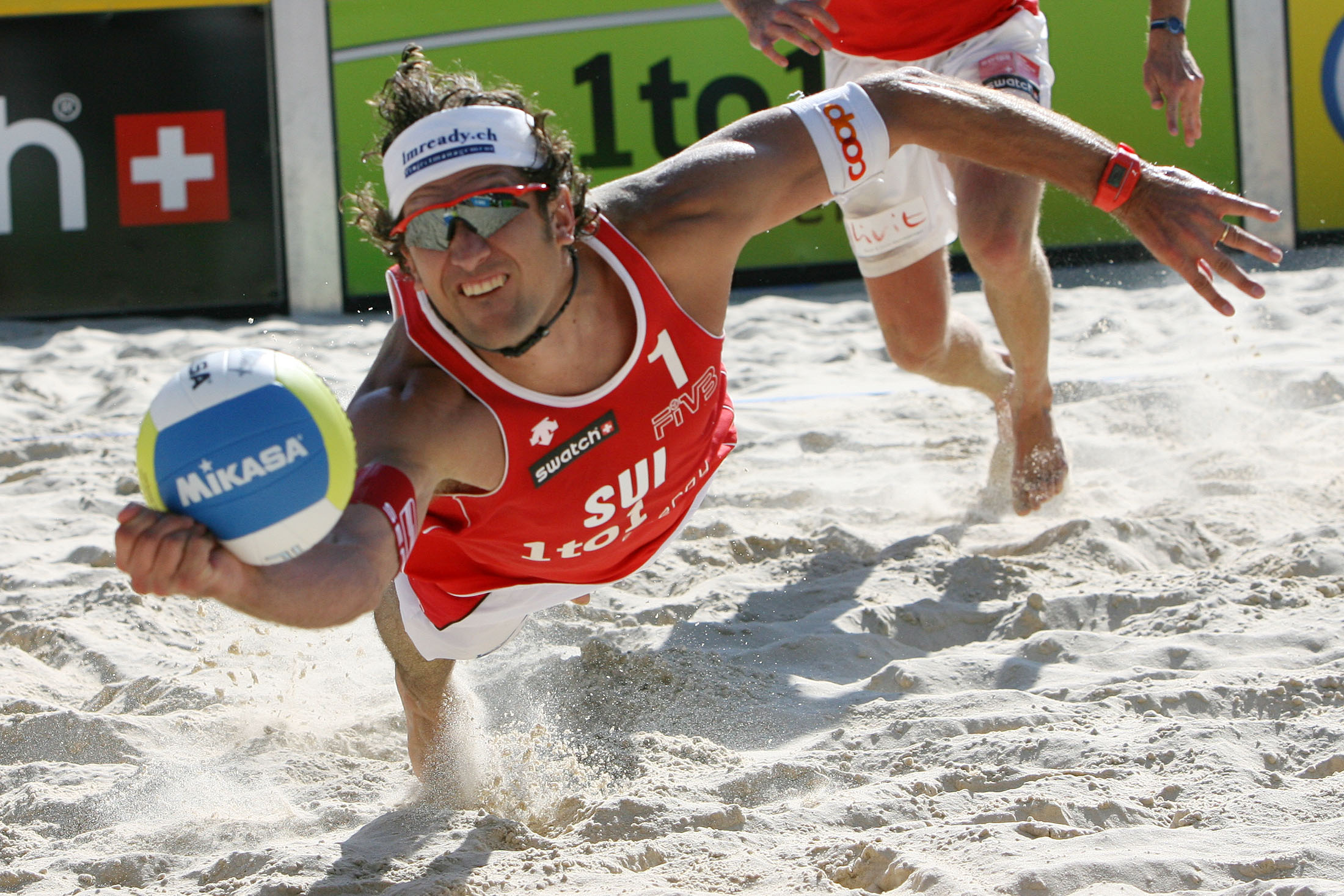 Stretching for the Mikasa is Paul Laciga of Switzerland.
Three-time Cuban Olympians Tamara Larrea Peraza and Dalixia Fernandez Grasset celebrate their 47th and 43rd birthdays on Wednesday and Thursday, respectively. The Cubans, who placed ninth together at the Sydney 2000, Athens 2004 and Beijing 2008 Summer Games, join Americans Misty May-Treanor/Kerri Walsh Jennings (2004, 2008 and 2012), Child/Heese (1996, 2000 and 2004) and Portugal’s Joao Brenha/Miguel Maia (1996, 2000 and 2004) as the only pairs to compete in three Olympics together. 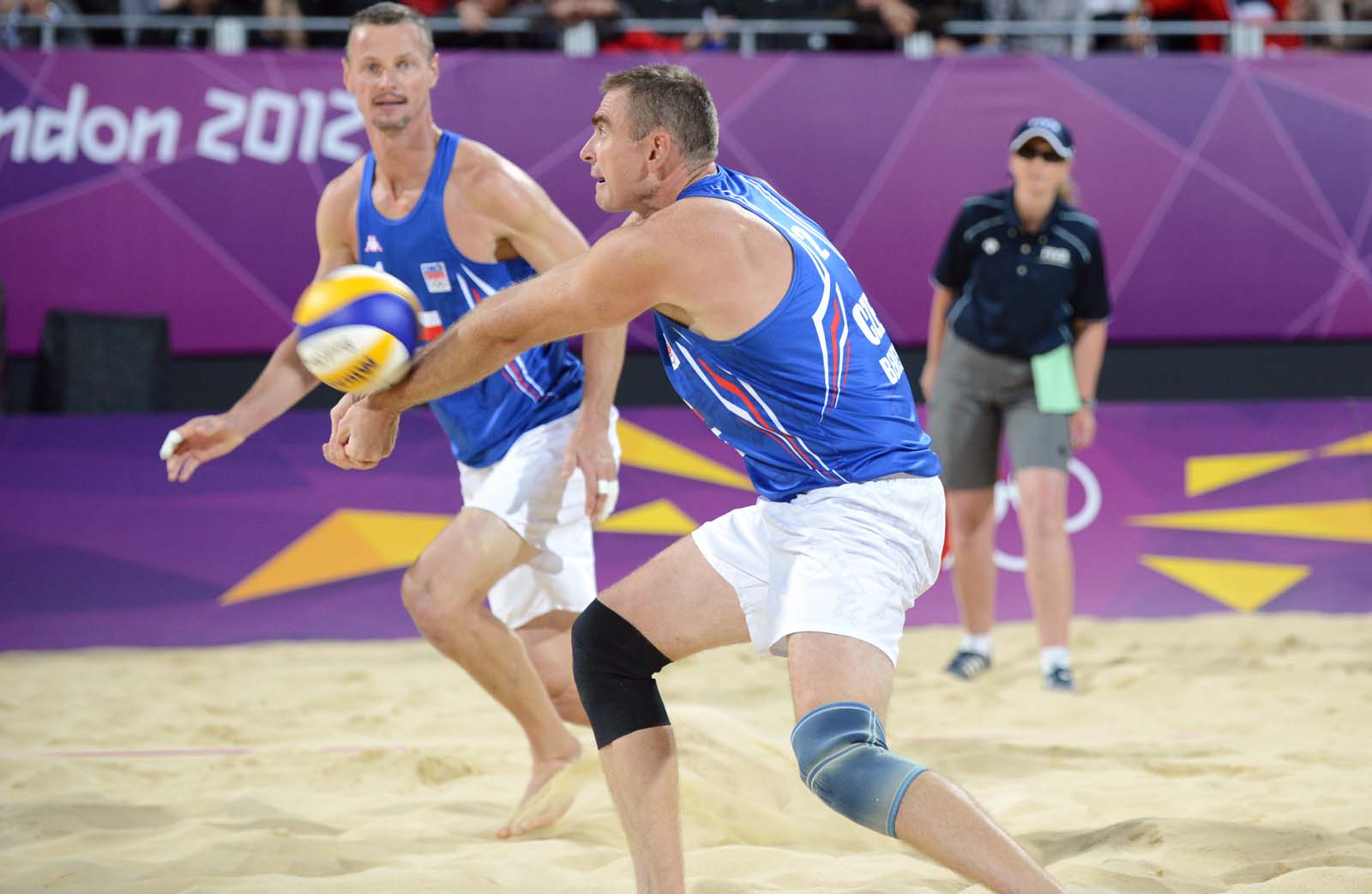 Premysl Kubala (left) watches a reception for Czech Republic partner Petr Benes.
Here is a look at the FIVB World Tour gold medal winners for the November 22-28 time period.
November 24
In 1996, Shelda Bede and Adriana Behar of Brazil won the Jakarta Open. It was the second of 31 FIVB World Tour wins for the team. 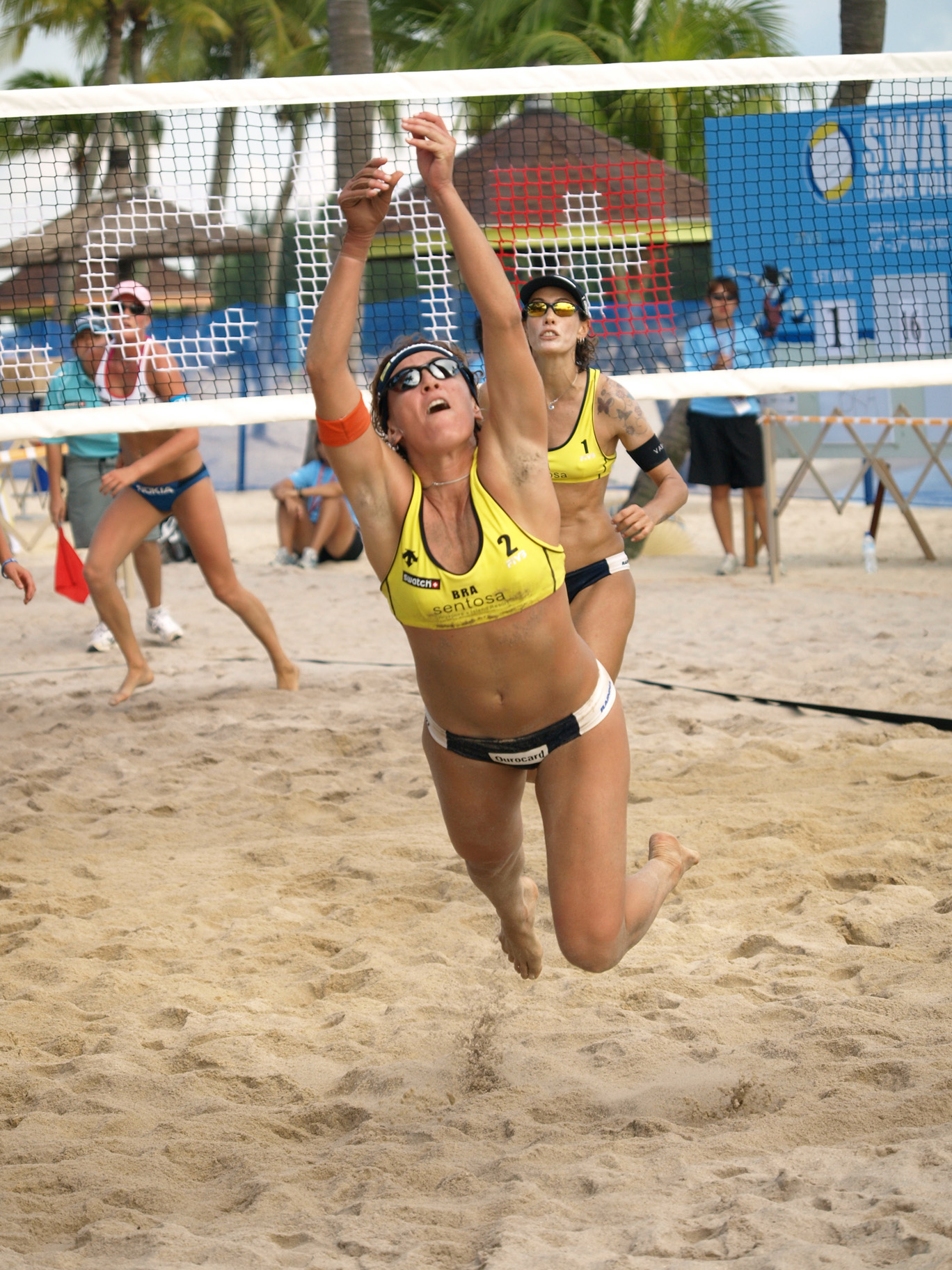 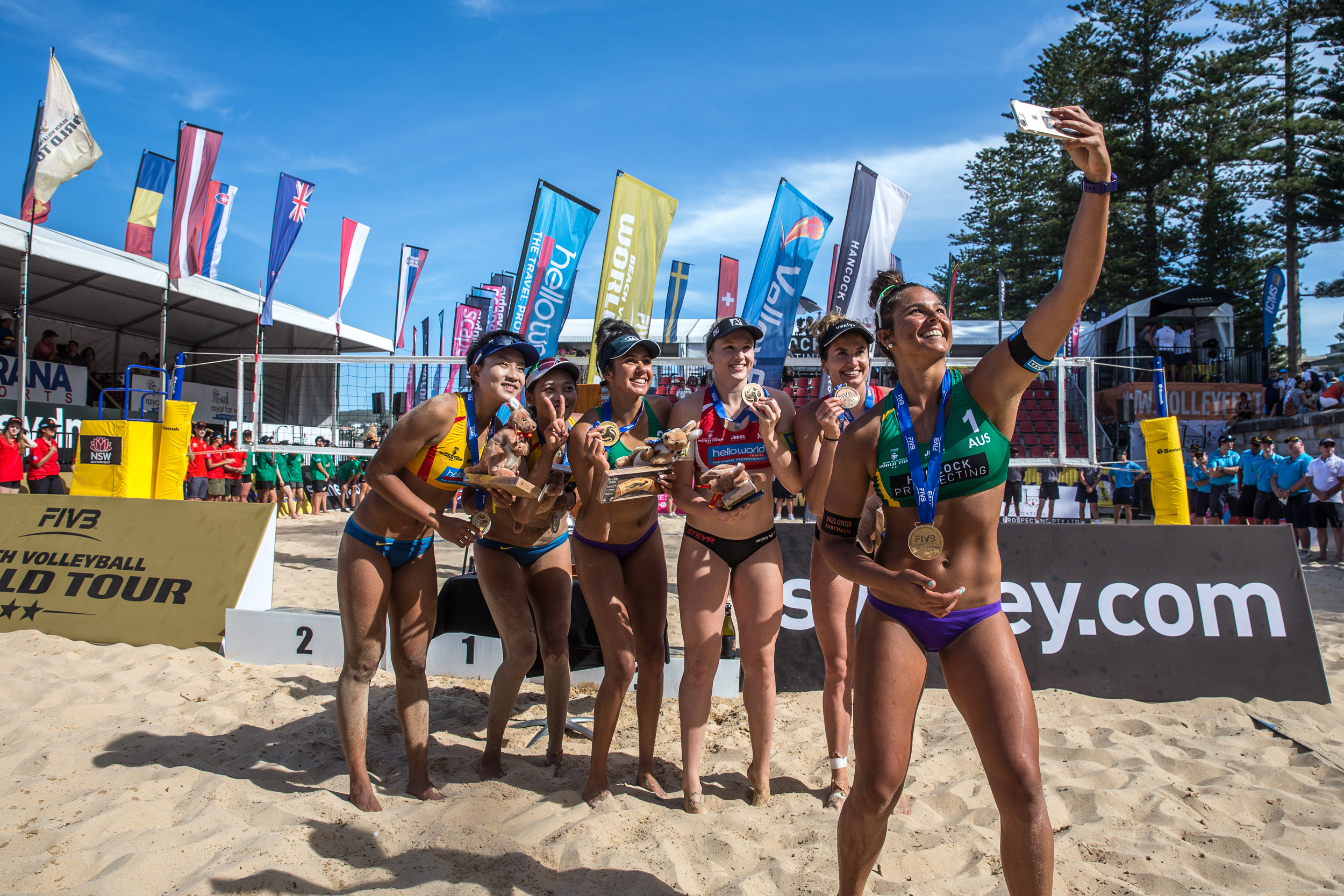 Selfie for Sydney women's medal winners from China, Australia and Austria.
November 27
In 2005, Marcio Araujo and Fabio Luiz Magalhaes of Brazil won the Cape Town Open. It was the third of 11 FIVB World Tour wins for the team. 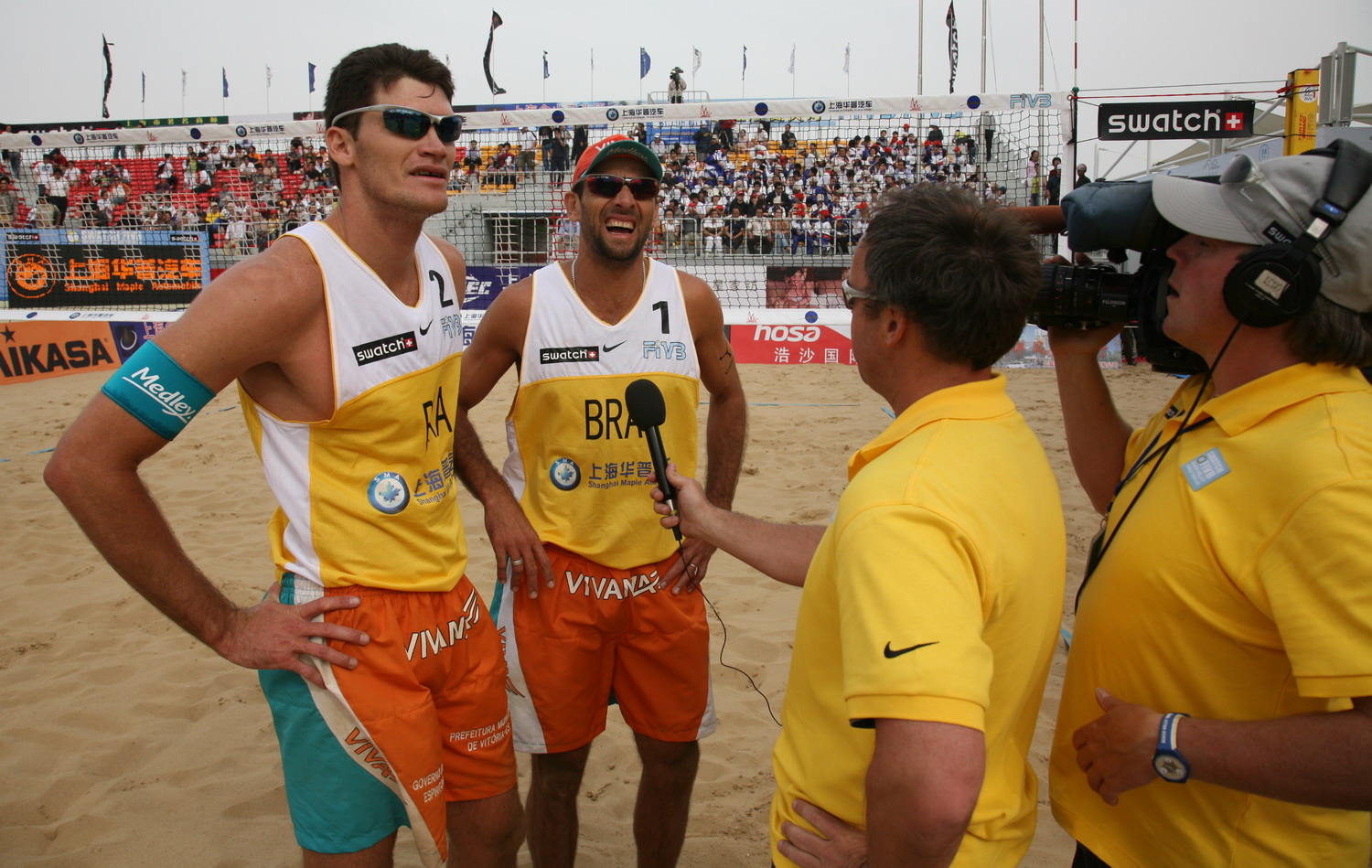