Doha, Qatar, March 12, 2020 – Taylor Crabb is refusing to think too far ahead as the fight for the two USA places at the Tokyo 2020 Olympic Games moves towards its conclusion.

Doha, Qatar, March 12, 2020 – Taylor Crabb is refusing to think too far ahead as the fight for the two USA places at the Tokyo 2020 Olympic Games moves towards its conclusion.
National Olympic Committees are allowed a maximum of two teams at the Tokyo 2020 beach volleyball tournament that runs from July 25 to August 8 at Shiokaze Park.
Quick links:
FIVB Beach Volleyball World Tour - Doha
Facebook
Twitter
Instagram
The top 15 teams in the FIVB Olympic Rankings at the end of the Rome 5-Star on June 14 will win a place and at the moment Crabb and partner Jacob Gibb are up against his brother Trevor Crabb and Tri Bourne, and Phil Dalhausser and Nick Lucena, to secure their place.
“It is tough you don’t want to think about it too much, but it comes in your head,” Crabb said. “If you can perform out here on the court that is all you can do.”
Crabb and Gibb are the highest ranked of the three teams and all three are currently competing at the FIVB Beach Volleyball World Tour 4-Star Katara Beach Volleyball Cup in Doha.
They are ranked eighth, two places about Crabb and Bourne. Beijing 2008 champion Dalhausser and Lucena are currently the team outside qualifying in 17th place.
If Crabb and Gibb do qualify then it will be the 29-year-old's first Olympic Games. For the 44-year-old Gibb though it will be his fourth after appearing at Beijing 2008 and London 2012 with Sean Rosenthal, and with Casey Patterson at Rio de Janeiro 2016.
“He is leading us everywhere, on the court and off the court,” Crabb said. “He is a great mentor to have out here.
“I always check the results of every team because I like following the tournament. I’m not trying to think too much about the US race because that is a lot of pressure and a lot of expectation that I don’t need.”
The men-only tournament in Doha is running from March 9-13 at Katara Cultural Village in the north of the city. It is the second of nine 4-Star events on the 2019-2020 calendar and the winners will leave with 800 ranking points.
Qatar has built up a strong tradition of hosting World Tour events since it hosted its first in 2014. Two more followed in 2015 and 2016, then in 2018 the tournament grew from a 3-Star tournament to a 4-Star tournament. 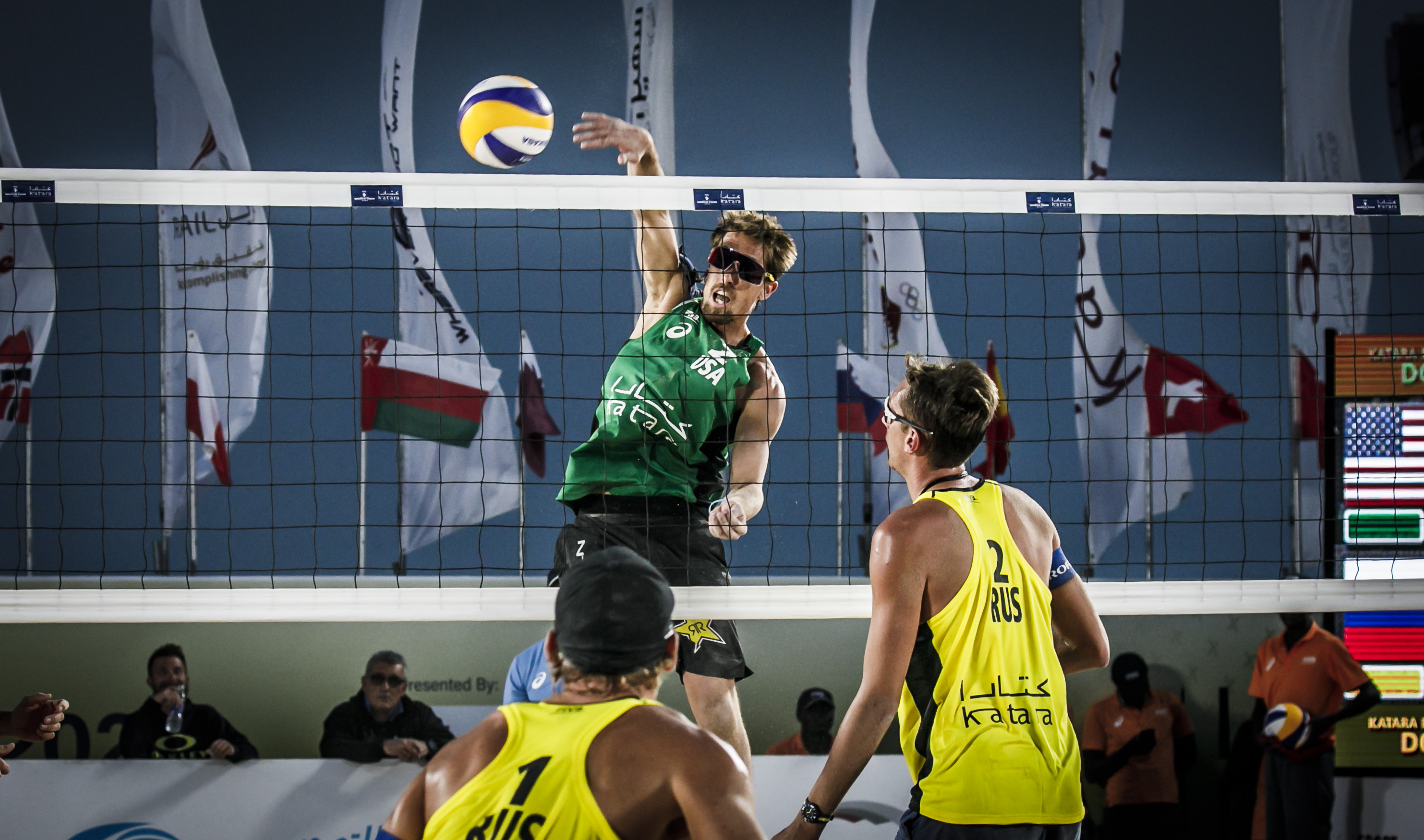