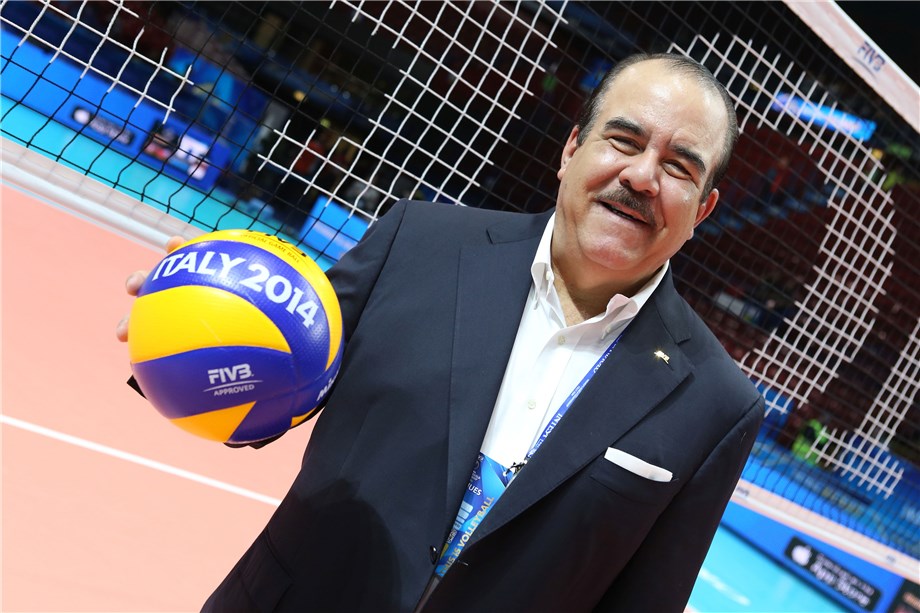 Lausanne, Switzerland, October 25, 2020 – FIVB First Executive Vice-President Cristobal Marte Hoffiz from the Dominican Republic was unanimously re-elected as North, Central American and Caribbean Volleyball Confederation (NORCECA) President during the virtual XXV NORCECA Congress.
The Congress began with celebrations to mark NORCECA’s 50th anniversary before delegates were welcomed by speeches from the NORCECA President as well as several special guests, including FIVB President Dr Ary S. Graça F°, and Dominican Republic Olympic Committee President, Centro Caribe Sports President and IOC Member Mr Luis Mejía Oviedo.
During his opening speech, the FIVB President highlighted the incredible impact of the support provided by the FIVB on NORCECA’s National Federations. This has included a total of 64 projects approved from 2017 to 2020 via the FIVB Development Projects Platform, with a total investment of more than 1.3 million USD, along with a number of NORCECA’s athletes who have been assisted by the FIVB Athletes’ Relief Support fund. 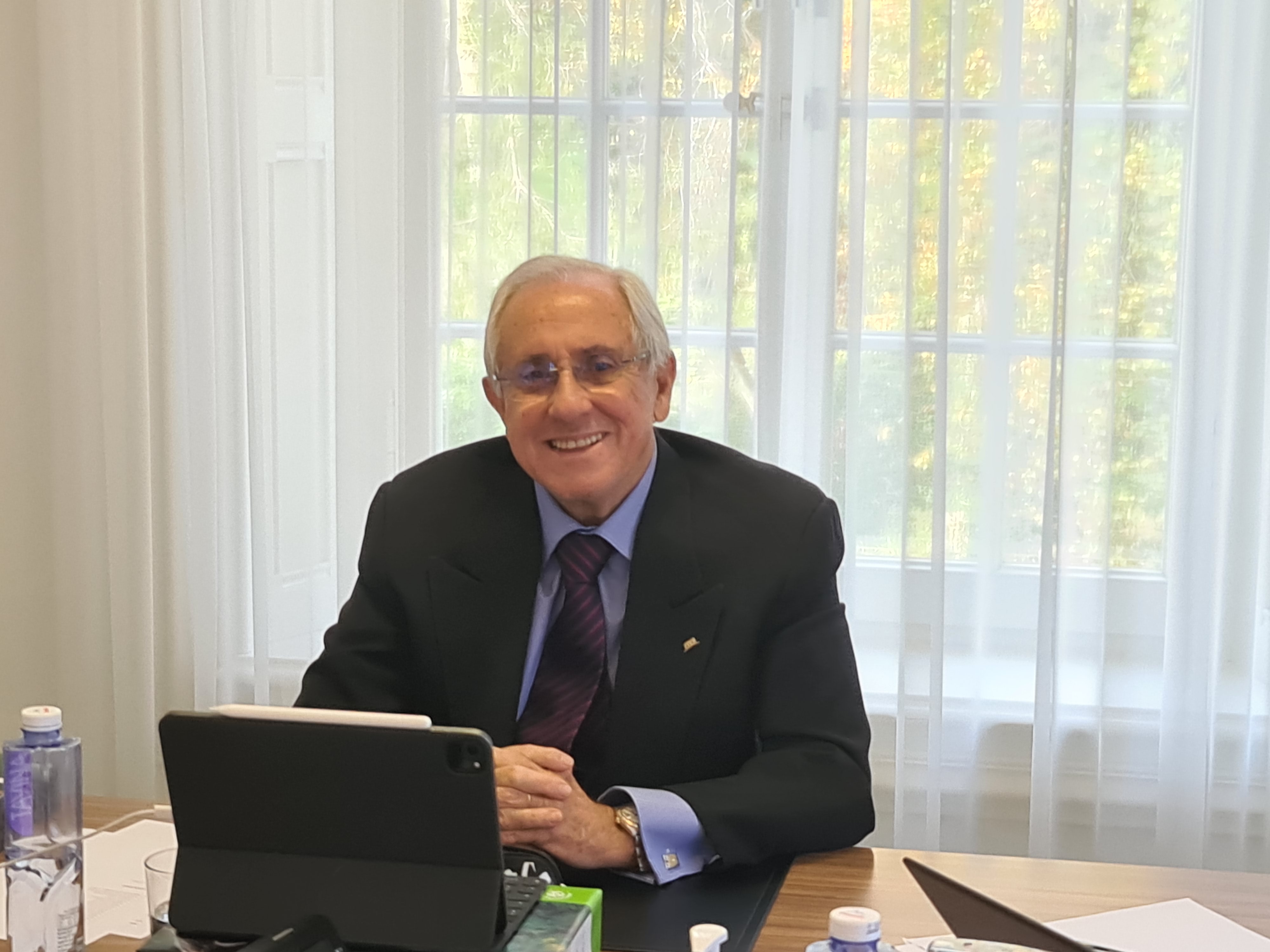 FIVB President Dr Ary S. Graça F° addresses the NORCECA Congress virtually
The FIVB President also shared several examples of successful projects in the region, stating:
“Since 2017 we have supported the Dominican Republic women’s national volleyball team with a coach and support staff. In 2019, the Dominican Republic won the NORCECA Women's Continental Championship, beating the USA in five thrilling sets (3-2). And this team has now qualified for the Olympic Games and are ranked ninth in the FIVB rankings. This is an incredible achievement!
“I would also like to give you an example of equipment support. We provided Mexico with an indoor volleyball court floor, which helped the country successfully host the 2019 FIVB Volleyball Women's U20 World Championship. And following an open bidding process, we recently awarded Mexico the rights to host the FIVB Girls Under 18 Volleyball World Championships.”
Mr Luis Mejía Oviedo said:
“Centro Caribe Sports is committed to volleyball and beach volleyball’s progress and development as two of our flagship sports. We want to use the platform of the Regional Development Center to produce coaches and referees for our competitions in other sports, and this is all thanks to the magnificent experiences they have had with volleyball.”
The NORCECA Congress also saw the election of several NORCECA Executive Committee members for the upcoming four years, including: First Vice-President Ariel Sainz from Cuba, Second Vice-President Sabinah Clement of the British Virgin Islands, Secretary General Enrique Santis from Guatemala and Treasurer Wilbur Harrigan from Antigua and Barbuda. In addition, Cuban volleyball legend, three-time Olympic gold medallist and FIVB Executive Vice-President Alejandrina Mireya Luis Hernandez was elected as Vice-President and was also chosen to lead the newly created NORCECA Athletes’ Commission. 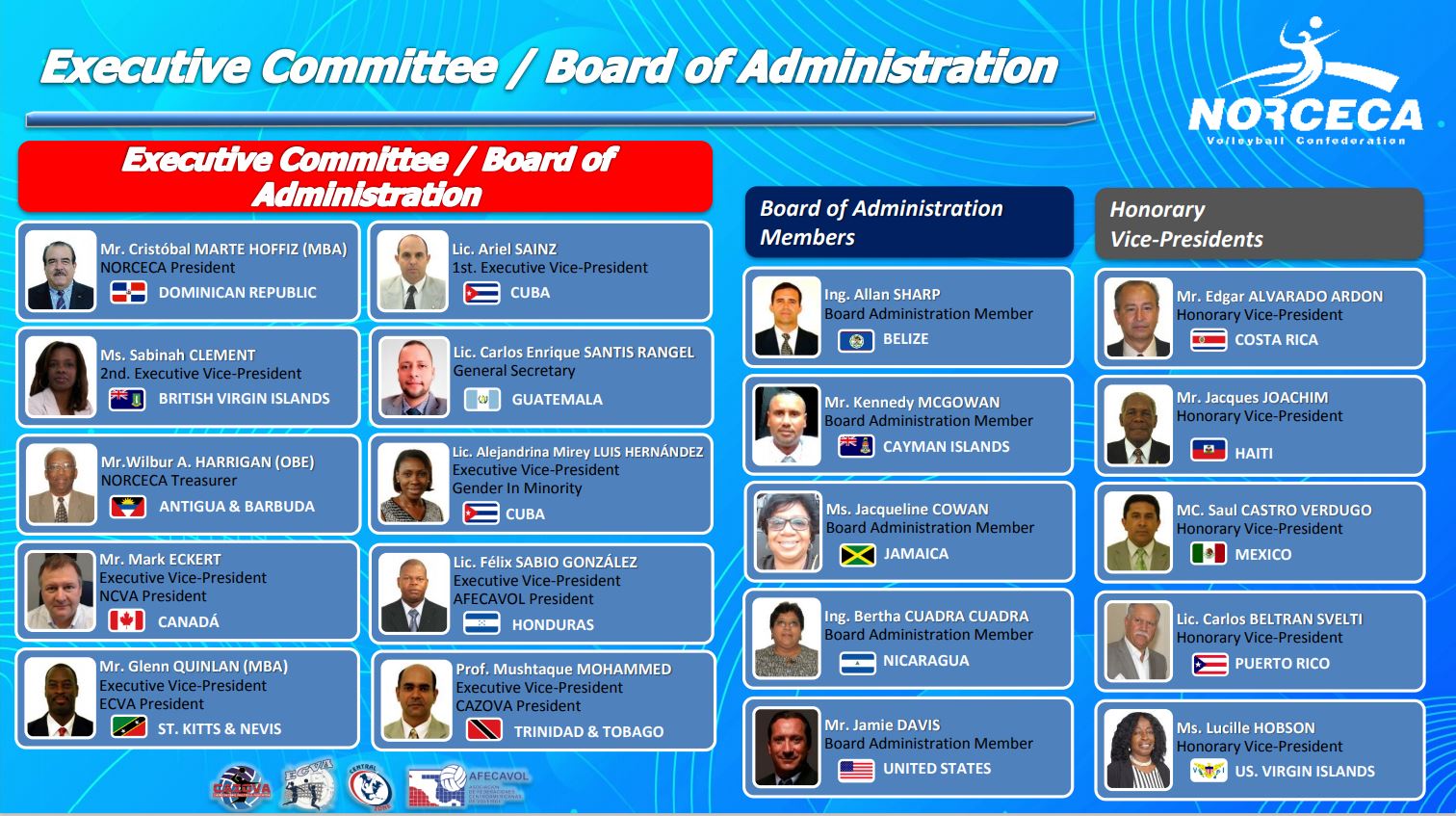