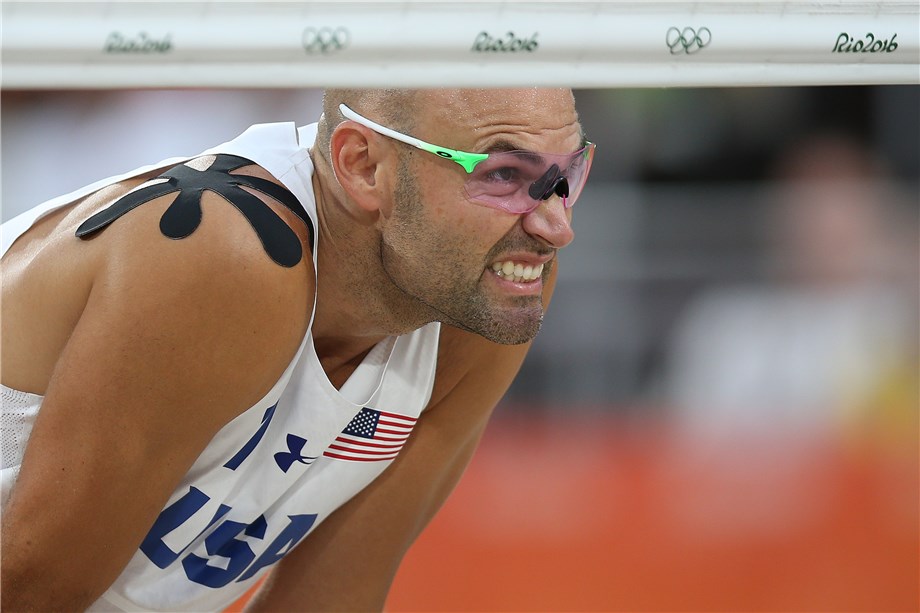 Lausanne, Switzerland, December 6, 2016 – Phil Dalhausser has been rewarded for winning three golds on the 2016 FIVB Beach Volleyball World Tour by being named as USA Volleyball Male Beach Player of the Year.

Quick links - Beach volleyball:
FIVB Beach Volleyball World Tour 2017
FIVB Beach Volleyball World Tour 2016
Rio 2016 Olympic Games - Beach Volleyball
FIVB.com - Beach Volleyball
FIVB.com
Latest Videos
Facebook
Twitter
Instagram
Media Guides
It is the sixth time the Beijing 2008 Olympic champion has won the award and comes after he and Nick Lucena won gold at the Maceio Open, Fuzhou Open and Hamburg Major Series event. They also won silver at the Long Beach Grand Slam and the Gstaad Major Series event.
“It's an honour to be voted the Male Beach Player of the Year,” Dalhausser said. “I'm getting older and every award means a little more. It means that you're still playing.”
Dalhausser and Lucena only teamed up midway through 2015 and faced a race against time to qualify for the Rio de Janeiro 2016 Olympic Games. However, they made it to Copacabana Beach where they reached the quarterfinals and only lost out to eventual winners Alison Cerutti and Bruno Schmidt.
Nonetheless Dalhausser and Lucena finished second in the World Tour standings, behind Alison and Bruno. Dalhausser was also named as best setter on the World Tour.
“I didn't give Nick and me a good chance to qualify for the Olympics, I don't think many people did, not only did we qualify but we ended up being the third seed in the tournament,” said Dalhausser.
“We had a pretty darn good 2016. It was one of the more fun years of my career. Nick and I have been buddies for 15-plus years now, and our coach Paul (Baxter) who we've known for over 10 years, we travelled together and it was like the three amigos traveling all over the world playing volleyball. We complement each other well on the court and we were playing pretty good ball in the past year and a half.”