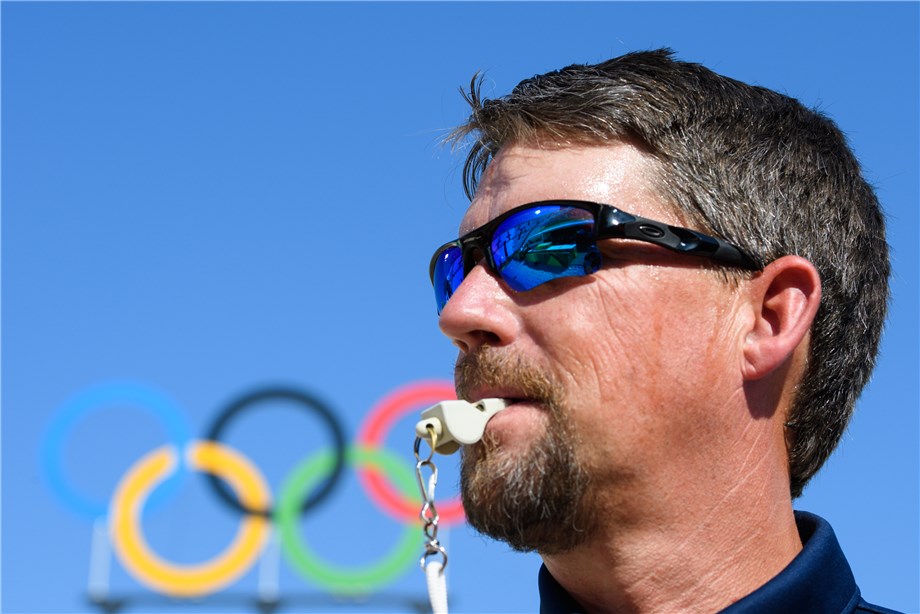 Dan Apol officiated at his second Olympic Games at Rio 2016

Lausanne, Switzerland, November 17, 2016 – The FIVB was extremely saddened to learn of the passing of International Beach Volleyball Referee Dan Apol, who died in the early hours of Wednesday.
He is survived by his wife Bonnie and the thoughts of everyone associated with beach volleyball are with her in this difficult time.
The 44-year-old American suffered an aneurism while officiating a Rocky Mountain Athletic Conference volleyball match on Tuesday night in Colorado Springs and was taken to hospital where he was placed on a life support machine. 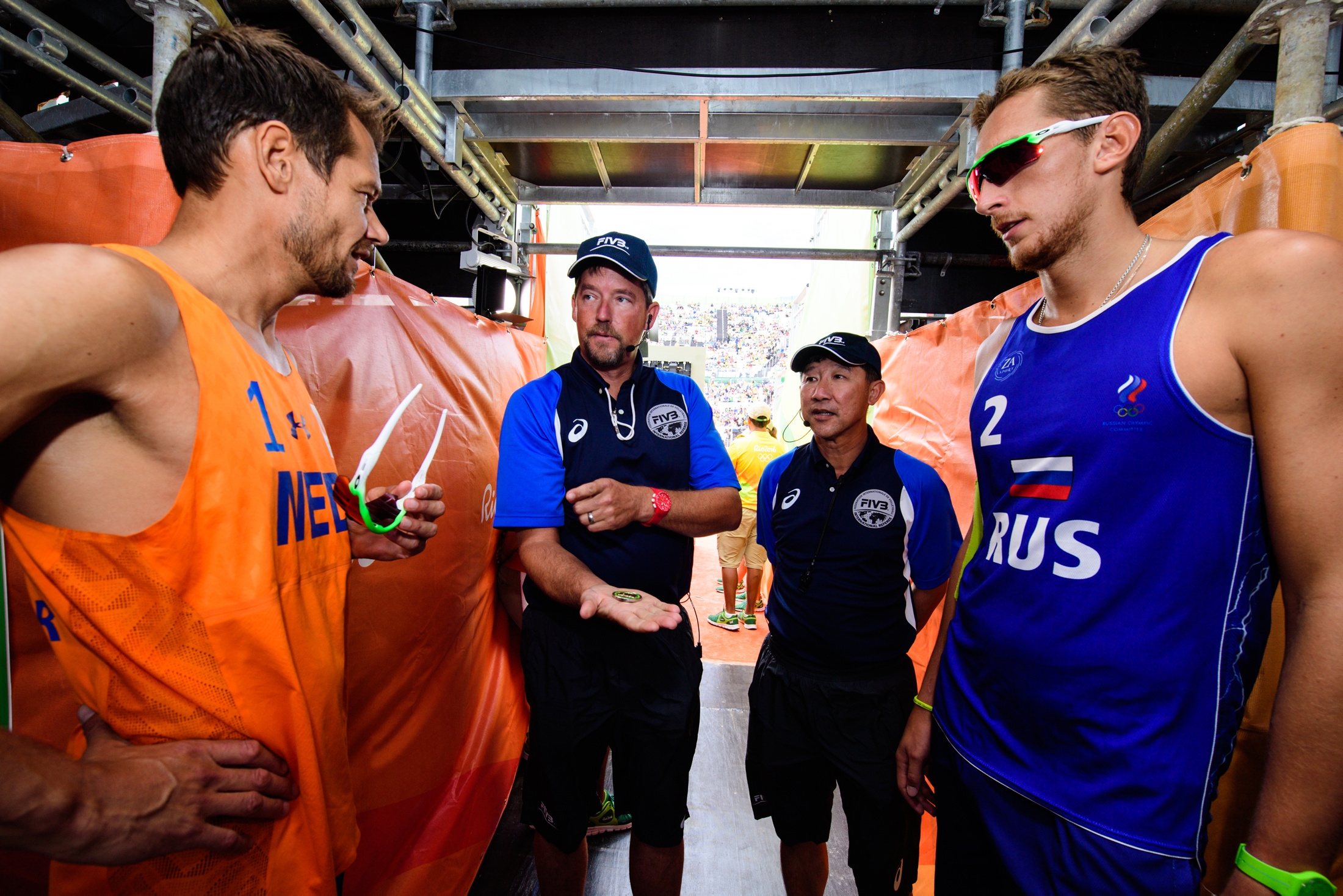 "We, the volleyball family are all grieving this huge loss and our thoughts are with his wife Bonnie and their family," FIVB Beach Volleyball Commission Referee Representative Jose Casanova said. "More than a very competent and highly esteemed referee, we have lost a great friend and colleague. We will never forget him."
Dan was one of 16 referees at the Rio de Janeiro 2016 Olympic Games and he was second referee for the men’s gold medal match. Rio 2016 was his second Olympic Games after he had officiated at London 2012
Triple Olympic champion Kerri Walsh-Jennings was one of the first to pay tribute. 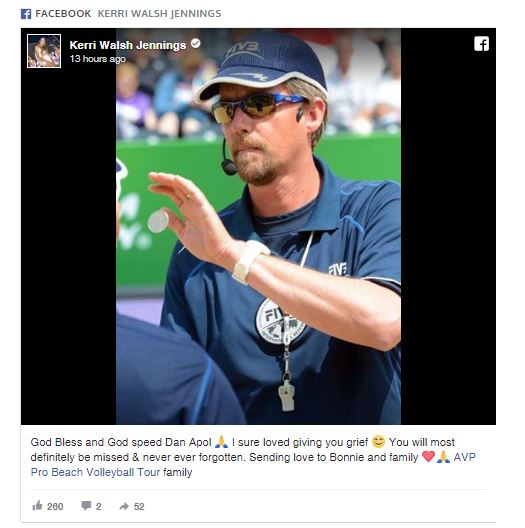 The Denver native became an FIVB International Referee in 2004 and during his time as a referee oversaw over 600 FIVB matches and two FIVB Beach Volleyball World Championships. He was also an International Para-volley referee and an NCAA official in the United States for both beach volleyball and volleyball.
Away from the court Dan loved the outdoors and enjoyed golf, camping, fishing and skiing.