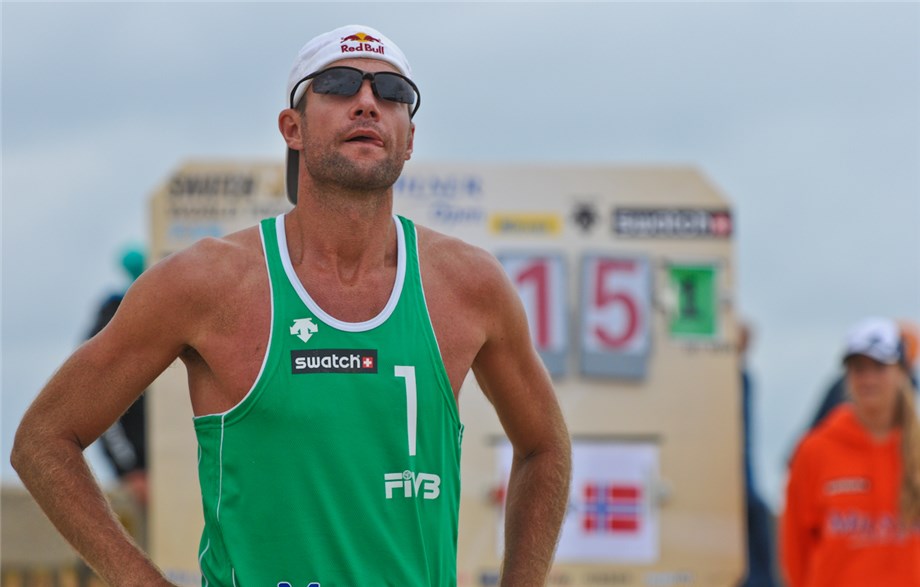 Jorre Kjemperud of Norway will be playing in his 205th FIVB World Tour event Wednesday in Qeshm, Iran.

Qeshm, Iran, January 7, 2020 - With only one all-Iranian qualifying match Tuesday, the pool play schedule for Wednesday’s Dargahan Cup main draw is set with eight host country pairs in the field along with teams from the Czech Republic, Gambia, Japan, Latvia, Norway and Qatar for the first FIVB World Tour event on the 2020 international beach volleyball calendar. 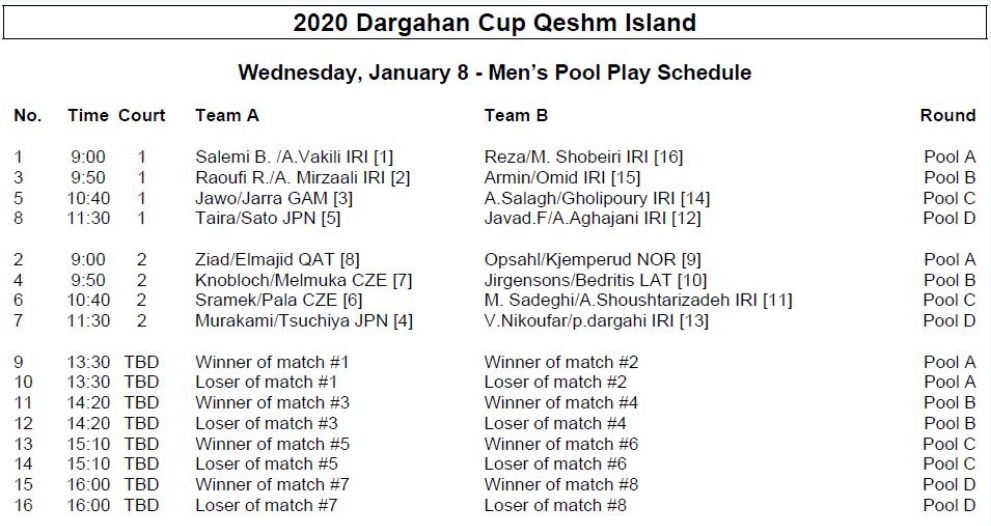 Fourth-seeded Omid Gharahassanlou/Armin Kami defeated fifth-seeded Mohammadreza Malekshahi/Zargham Mansouri 2-0 (21-14, 21-18) in the 42-minute all-Iranian contest to advance to Wednesday's pool play matches as the 15th-seeded pair.
A total of 16 matches will be played Wednesday with the top three teams from each of the four groups advancing to Thursday elimination matches with the pool winners advancing to the quarterfinals with the second- and third-places duos playing in the first-round of bracket play.
The semifinals and medal matches will be played Friday on this island as the inaugural Dargahan Cup is the second of three FIVB World Tour events on the 2019-2020 international beach volleyball calendar. The third Iranian event is also an inaugural men's only tournament and will be held March 3-7 in Bandar Abbas.
One of the opening eight matches Wednesday will feature three-time Olympian Jorre Kjemperud as the 51-year old Norwegian will be playing with Stian Opsahl as the ninth-seeded team competing in Pool A.  Kjemperud competed in the Sydney 2000 and Athens 2004 Olympics with Vegard Hoidalen, and the Beijing 2008 Summer Games with Tarjei Skarlund. 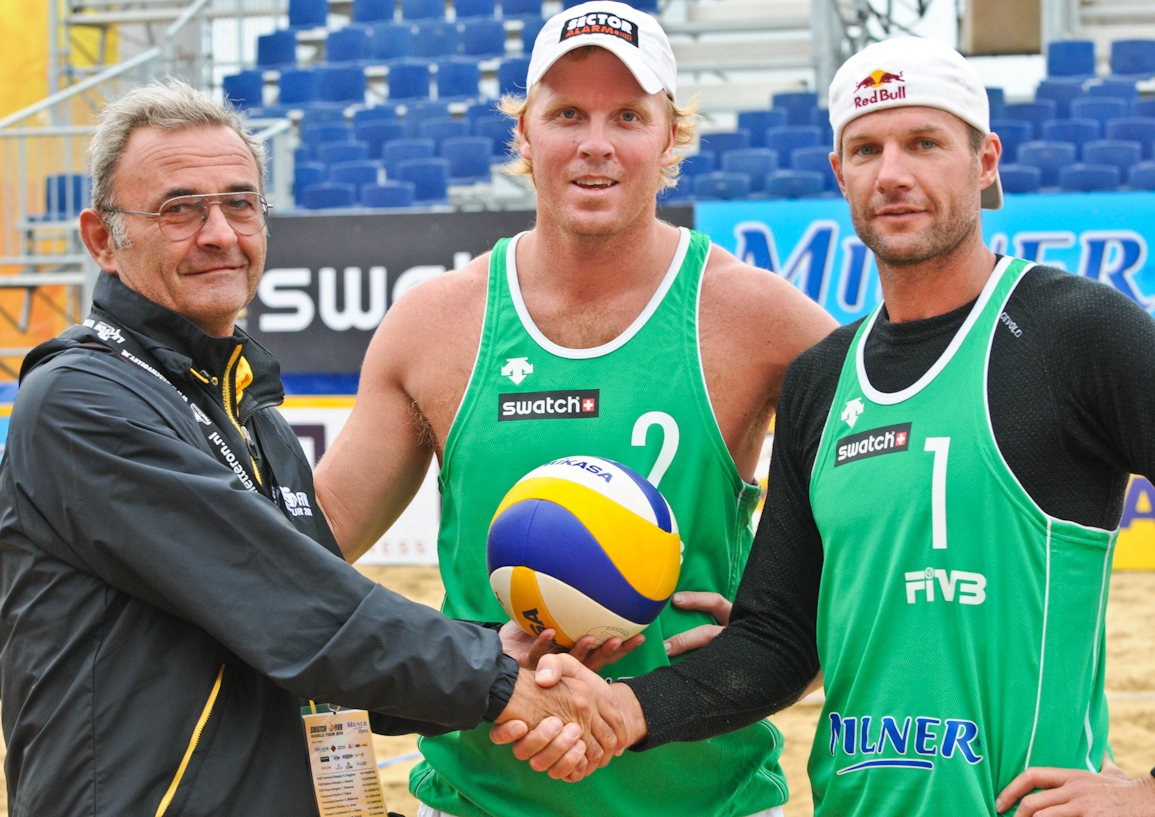 FIVB Technical Supervisor Roberto Reggiani (left) gives the Mikasa to Vegard Hoidalen (centre) and Jorre Kjemperud as the Norwegians competed in their FIVB record 135th World Tour event in 2010 at The Hague.
Kjemperud, who last played in a FIVB event in 2011 at a mid-August event in Aland, Finland, ranks fourth on the World Tour events played list as the Dargahan Cup is his 205th career tournament. Opsahl is Kjemperud's sixth FIVB partner as the seven-time World Tour medal winner started playing internationally in 1994.
Only Brazilians Emanuel Rego (256 FIVB events) and Ricardo Santos (238), and Switzerland's Martin Laciga (206) have played in more international events than Kjemperud, who is scheduled to play with Opsahl at the next World tour event January 14-17 at the VolleyFest Cook Islands.
Quick links - Beach volleyball:
FIVB Beach Volleyball World Tour - Qeshm, Iran
Facebook
Twitter
Instagram
The 2019 portion of the 2019-2020 World Tour schedule also began in Iran when Bandar Torkaman hosted an event at the start of October where Thailand's Nuttanon Inkiew/Sedtawat Padsawud captured the gold medal at the men's-only tournament.