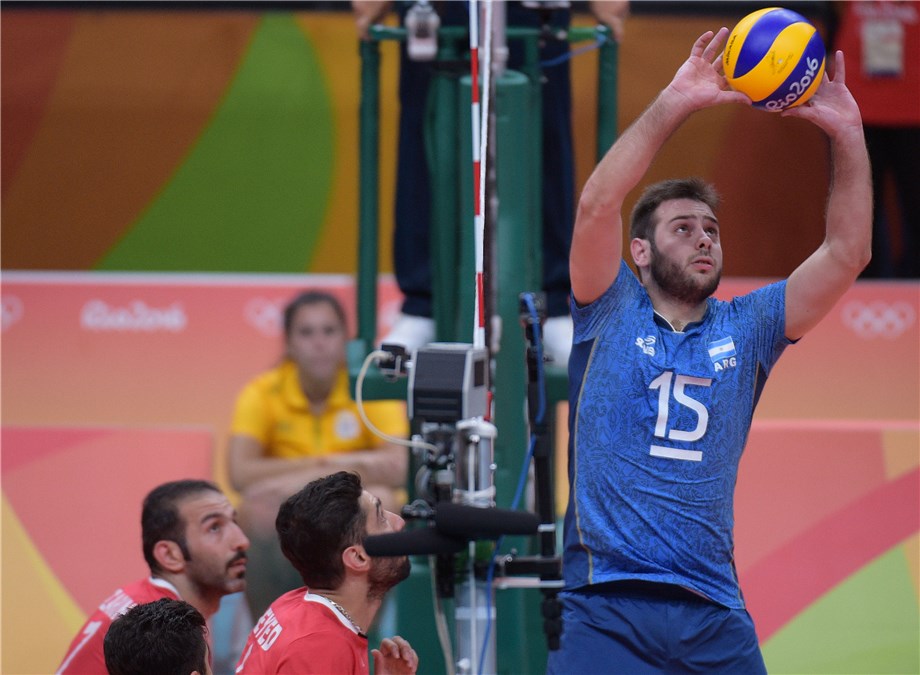 Luciano De Cecco is the captain of the Argentinean national team

Perugia, Italy, April 11, 2020 – Luciano De Cecco is set to join his fifth different club in Italy as the Argentinean setter revealed his move to reigning Italian, European and world champions Cucine Lube Civitivanova next season.
The 31-year-old setter, who is the captain of the Argentinean national team, announced he is leaving Sir Safety Perugia and will sign with the winners of the 2019 FIVB Volleyball Men’s Club World Championship ahead of the 2020-2021 club season.
At Civitanova, De Cecco will replace Brazilian setter Bruno Rezende, who recently announced he’s returning to his home country after two seasons with the club.
Related news:
Bruno pens farewell message to Lube Civitanova
“I negotiated a new deal with Perugia but we couldn’t get to an agreement,” he said in an interview with Argentinean website Somos Voley. “After that, they decided to sign an Italian setter so they could have international players in other positions of the team. After Bruno decided to return to Brazil, Civitivanova made me an offer and I’ll accept it.”
The best setter of the 2010 FIVB Volleyball Men’s World Championship, the Argentinean has played for Perugia for the last six years, a period in which the team has won the Italian League once and the Italian Cup and the Italian Super Cup twice. With the Italians, De Cecco also collected silver and bronze medals at the European Champions League.
“It was tough to end my time with Perugia,” he added. “I embraced the challenge of playing for this club six years ago, choosing it over offers from Russia and other Italian teams. The start was difficult as it took me two years to lift the first trophy with Perugia and when you change teams you expect things to work out fast. But everything went great and I’m happy about my time with the team.”
Before playing for Perugia, De Cecco, a 2015 Pan-American champion, had also featured for Latina, Monza and Piacenza in Italy, Gimnasia y Esgrima and Club Bolivar in Argentina and Dinamo Kaliningrad in Russia.
More volleyball from Argentina:
Former Argentinean captain Sosa eyeing comeback
Mendez proud of Argentina's past, excited about future
Weber departs from Club Bolivar to coach Taubate
Herrera tops 2019-2020 Argentinean League stats