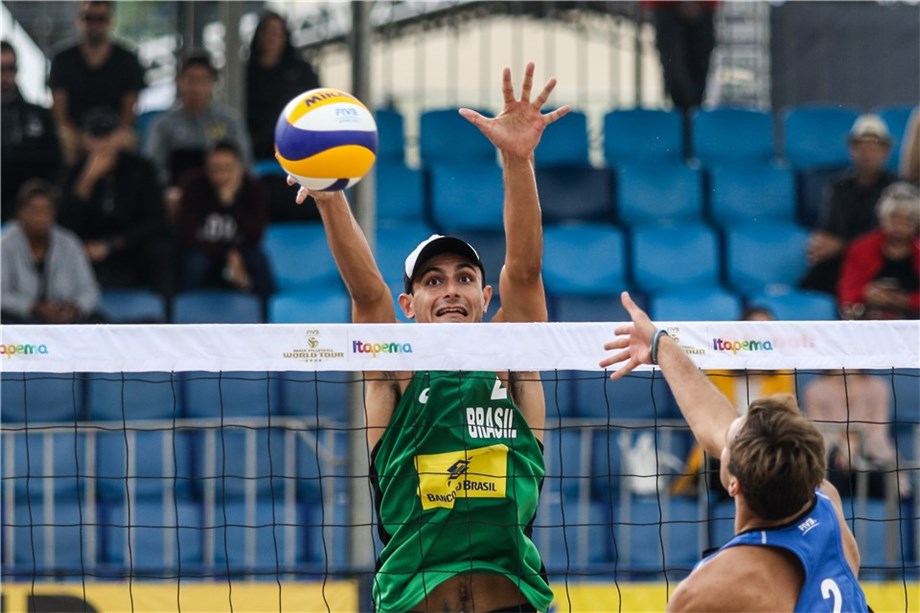 Itapema, Brazil, May 15, 2019 - Things can change fast in beach volleyball and Brazilian Andre Loyola Stein is a good example of that. One year after he won the Itapema Open and reached the top of the world rankings with former partner Evandro Goncalves, the 24-year-old blocker returned to the Meia Praia Beach to play in the World Tour event qualifier.
Alongside new partner George Wanderley, Andre  posted a straight-set 2-0 (21-19, 21-14) victory over Uruguay’s Marco Cairus and Mauricio Vieyto to advance to the 32-team main draw of the four-star tournament, which starts on Thursday at the Brazilian coastal city.
“That’s beach volleyball,” Andre said about the change in his situation. “It changes all the time and you need to be ready to handle it. When I first started playing in the World Tour I felt I made my way to the top very fast and now, one year after getting there, I’m playing in a qualifier again. Next tournament we’ll be in the main draw already and I hope we can stay there for a long time now.”
Quick links - Beach volleyball:
FIVB Beach Volleyball World Tour - Itapema
FIVB.com - Beach volleyball
Facebook
Twitter
Instagram
The reigning world champion will now be able to play in one of his favourite locations on the planet. After all, the city has brought nothing but good luck to the blocker, who won not only last year’s Itapema Open but also the Brazilian Tour event held at the Meia Praia back in 2017.
“This place and the fans are amazing,” he said. “There was a big crowd here to watch the qualifiers and that’s very cool, especially for us, Brazilians. The arena is set up a little differently this year and it’s a little bigger and I think it’s a very positive change. I’ve had nothing but good results here and when I won the Brazilian Tour event, George also made it to the final, so I hope it’s a good sign for both of us.”
Virgen and Ontiveros are back after forced break
Mexicans Juan Virgen and Lombardo Ontiveros also had that comeback feeling on Wednesday as the Mexicans competed in the World Tour for the first time since July 2018, when they lost in the qualifiers in Gstaad.
In Itapema, the Mexicans, who played at a pair of NORCECA events last month, secured their main draw spot with a 2-1 (21-15, 17-21, 15-4) win over Brazilians Luciano Ferreira and Jo Gomes.
“We’ve been out for a long time mostly because I had a knee surgery that hadn’t let me play this season so far,” Virgen explained. “So it feels good to be back. Starting from the bottom after a long break is tough, especially with the World Championships just one month away, but we don’t have any other options. We need to get up to the pace of the best tournaments and we hope this tournament helps us in that regard.”
The other six teams to emerge from the Itapema Open’s qualifier were Brazil’s Alison Cerutti/Alvaro Filho, Argentina’s Nicolas Capogrosso/Julian Azaad, France’s Olivier Barthelemy/Edouard Rowlandson, USA’s Reid Priddy/Theo Brunner, Switzerland’s Quentin Metral/Yves Haussener and Ukraine's Iaroslav Gordieiev/Sergiy Popov. 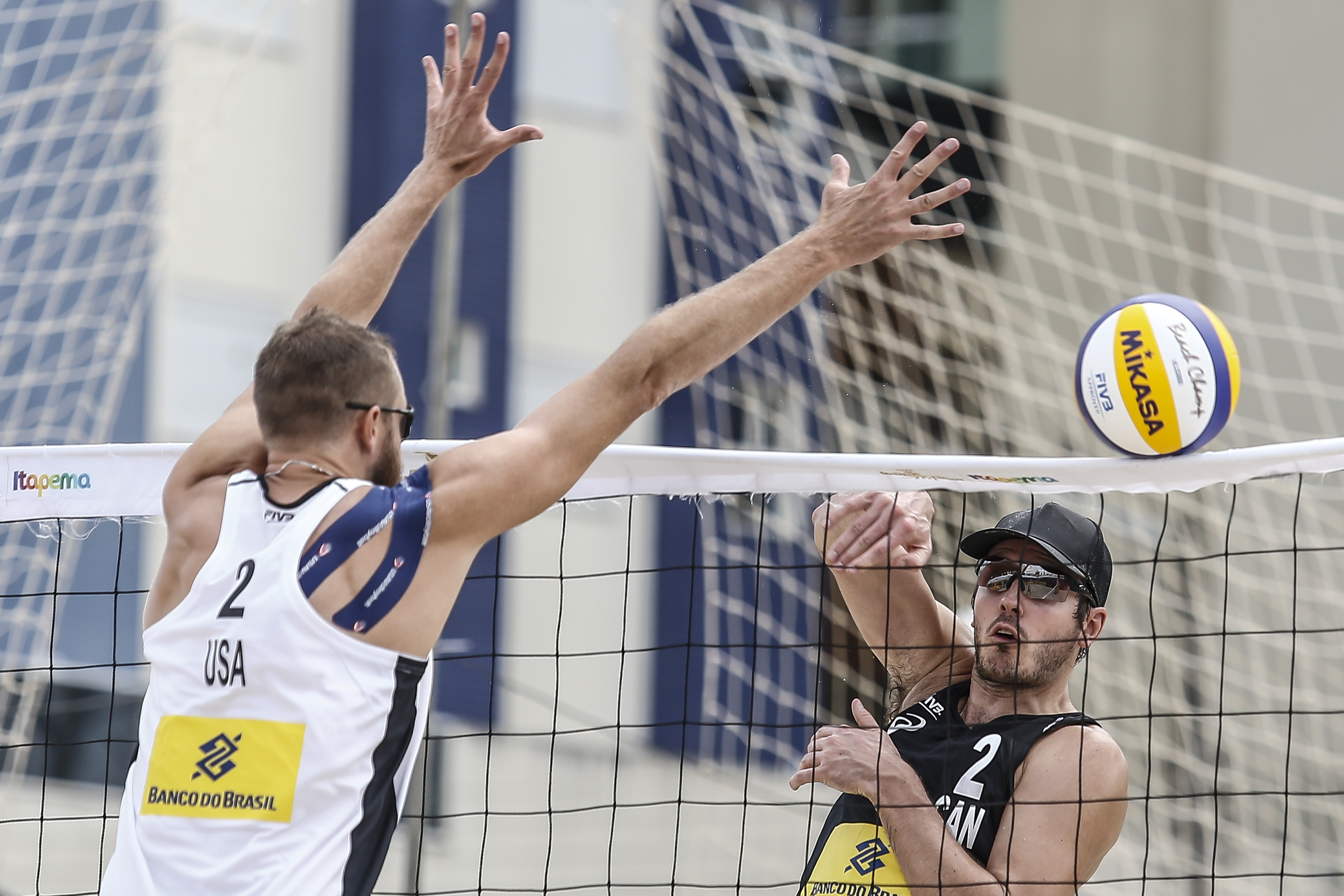