Diaz goes against the flow in pursuit of volleyball success 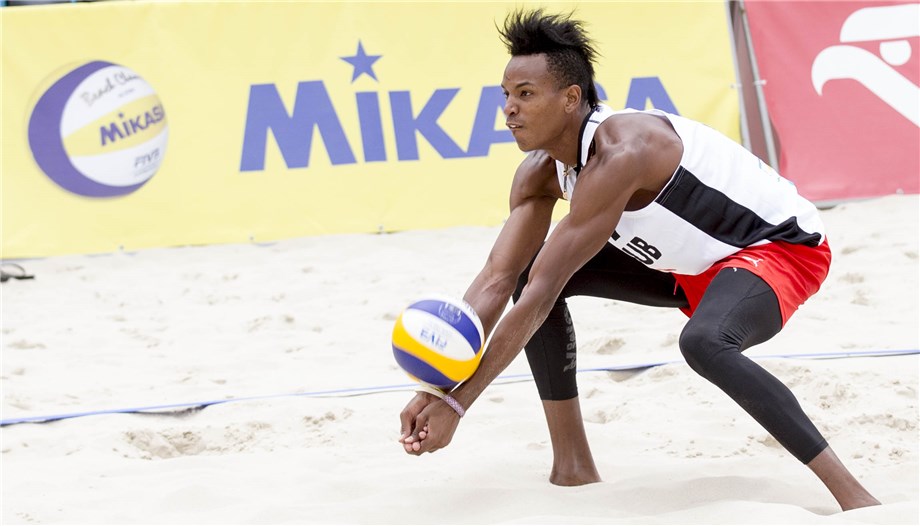 After a short but successful beach career, the Cuban is testing himself on the indoor courts

Havana, Cuba, March 19, 2020 – The history of the sport has seen several top-level volleyball players move to beach volleyball and remain successful. Not many athletes have managed to succeed in the opposite direction, but Cuban Nivaldo Diaz wants to be one of them.
After a successful beach career, which saw him finish fifth at the Rio 2016 Olympics and ninth in back-to-back editions of the FIVB World Championships in 2015 and 2017 with partner Sergio Gonzalez, the Cuban defender made a decision that surprised many as he chose to continue his trajectory on the indoor courts at the end of 2018.
USA’s Kerri Walsh Jennings, Brazil’s Jackie Silva and the Netherlands’ Reinder Nummerdor are prime examples of star volleyball players who successfully transitioned to the beach game while Russian Igor Kolodinsky, the best sever of the FIVB World Tour in four seasons and a Beijing 2008 Olympian in the sand, is arguably the most compelling case of a player who found success indoors and featured as a setter for the Russian volleyball national team during the 2015 FIVB World League.
“I honestly can’t think of anyone who succeeded in volleyball coming from the beach,” the 25-year-old Diaz said. “But I thought some changes were needed in order for our beach programme to be more competitive and when I noticed they wouldn’t happen I decided to take a different route. It’s been both challenging and fun because I have to basically start from the bottom even though I have some experience at the highest level of the sport. I see it as a long road I have to go through and I’m trying to enjoy each step of the way.” 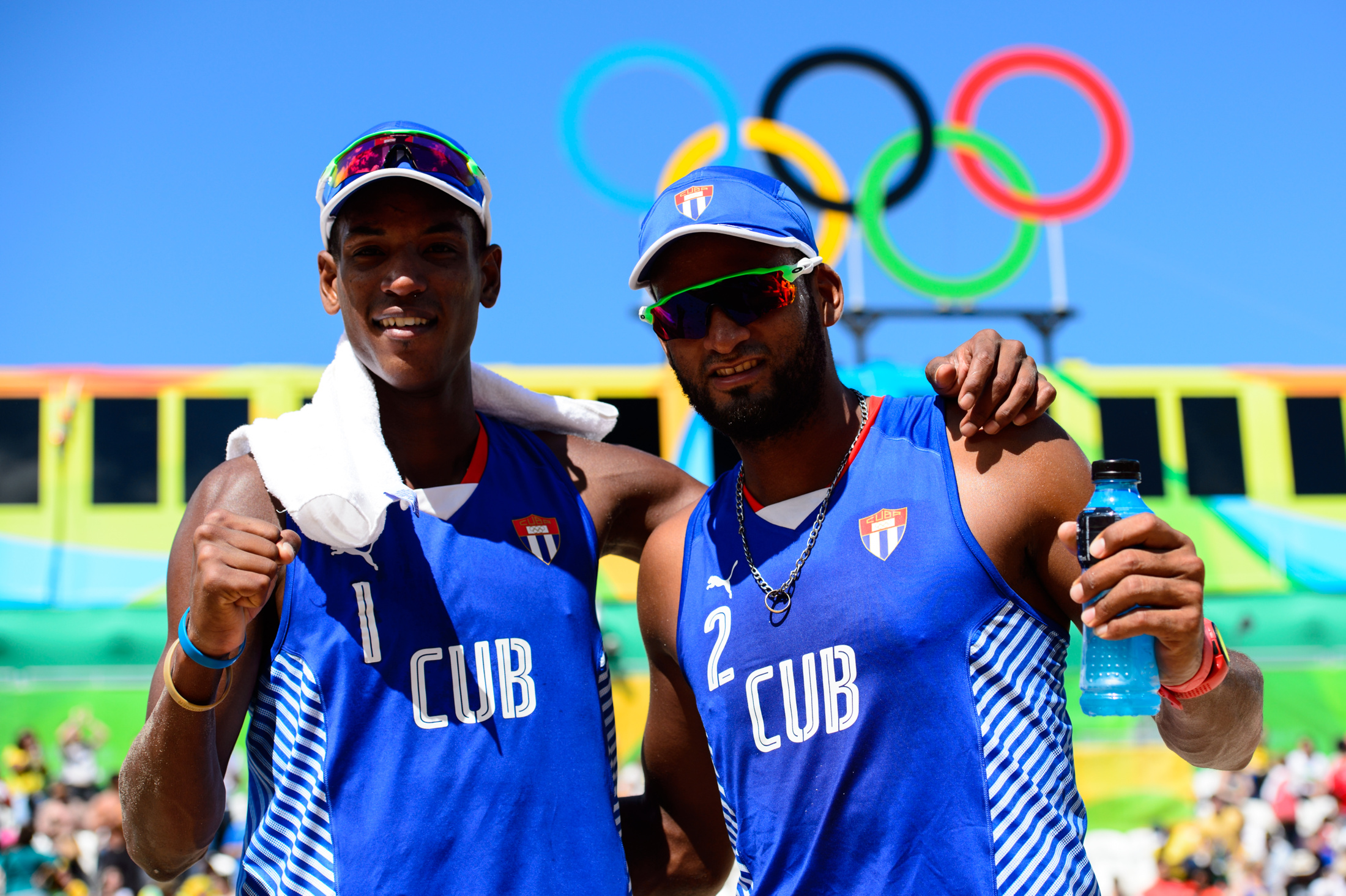 Diaz (left) and Gonzalez represented Cuba at the Rio 2016 Olympics
As with any transition, though, there’s a lot Diaz has had to adjust to. Coming from a beach setup in which he shared the court with just one partner and had specific duties in defence, the Cuban is still figuring out all the variables of the fast-paced, six-player indoor game.
Playing as an outside hitter, Diaz is involved in pretty much every aspect of the game and he feels like he’s steadily getting better at all of them.
“I think that I’m improving pretty quickly actually and I feel faster and stronger than I was on the sand,” he reflected. “My physical ability helps me a lot with spiking and serving and that’s an advantage. Receiving is a little bit different because the ball travels a lot faster, but I’m getting better at it too. To me, the most complicated parts are to adapt to a playing system with five other players in which each of us has his own responsibilities and to get a better feeling of the tactical nuances of the game.”
Currently training by himself in Cuba, Diaz spent some time in Brazil last year as part of the roster of Superliga team Fiat Minas. He got to play in a couple of matches, but wasn’t signed in the end.
Earlier this year, he had another experience with a professional club in Europe, one which he hopes will lead to the start of his volleyball playing career.
“My time with Minas was very productive,” he added. “It was my first time training with a professional club in a team setup and both the structure and the staff were great and very helpful. In February I had tryouts with Liberec in the Czech Republic and the results were promising, so I’m confident I’ll be with them when the next season starts.”
Quick links:
FIVB Beach Volleyball World Tour
Facebook
Twitter
Instagram