Dinamo Kazan featuring Russian national team captain Evgeniya Startseva capitalized on Lokomotiv’s surprising loss at Sakhalin in the last leg to take over the top of the final regular season standings on a 14-2 win-loss record. In addition to the first place in the table, Dinamo Kazan’s players finished as leaders in several individual rankings. Irina Koroleva, the best blocker and Dream Teamer of the 2019 FIVB World Cup, claimed the regular season highest average of 1.14 stuffs per set. The Russian international also registered the highest success rate in attack among all players who attempted at least 50 spikes (60%). Dinamo’s Croatian international Samanta Fabris scored an average of 6.24 points per set and was the best in the league on that account. At the same time, 2015 club world champion and best server of the 2011 World Cup Bethania de la Cruz of the Dominican Republic hammered out 32 aces to top the Superliga's server chart.
With the likes of Irina Voronkova, Alla Galkina and legendary Russian international Tatyana Kosheleva on the squad, long-time table leaders Lokomotiv Kaliningrad settled for second place on 13-3 and 40 points. With the same record, but a worse set ratio, Uralochka finished third. Their Kseniia Parubets was the most prolific scorer and the best attacker of the regular season. The outside of the Russian national team tallied as many as 340 points, of which 298 were successful spikes. 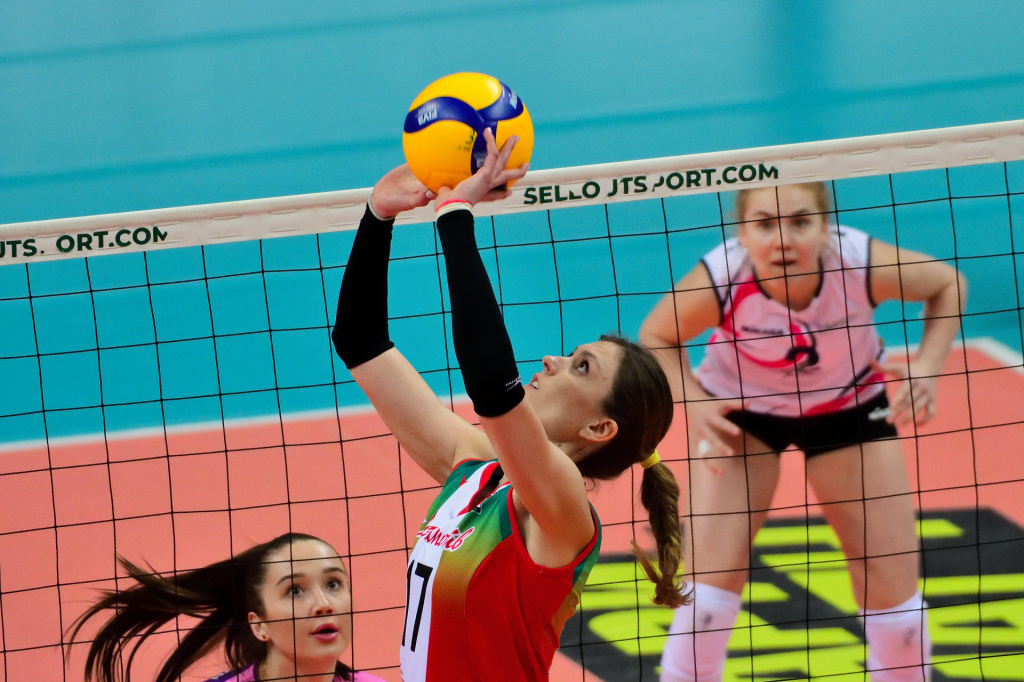 2018 world champion Bojana Zivkovic-Drca of Serbia sets for Lokomotiv Kaliningrad
Reigning champions Dinamo Moscow, whose stellar squad features Nataliya Goncharova - the best scorer of the 2019 World Cup, Irina Fetisova - the best blocker of the Intercontinental Olympic Qualifier in Kaliningrad in 2019, Ekaterina Efimova – the third best blocker of the World Cup, US international Lauren Carlini, Czech international Helena Havelkova and a number of other Russian standouts, such as Yana Shcherban, Ekaterina Lyubushkina and Daria Talysheva, to name a few, were fourth. The decorated club from the capital that so many other teams made the extra effort to avoid in the playoff bracket, finished on a 10-6 win-loss record and 32 points.
Also on 10-6, but with 28 points, Proton and Sakhalin lined up in fifth and sixth place, respectively, split on set ratio. Sakhalin’s 24-year-old libero Olga Frolova registered 60% good reception, the best rate among all players with at least 50 processed opponent serves. This is the first time the team from Yuzhno-Sakhalinsk did not lose a single home game throughout the regular season.
The seventh position in the standings went to Dinamo Krasnodar. Russian internationals Mariia Khaletskaia and Angelina Lazarenko and their clubmates finished on a 7-9 record, with Lazarenko as the best blocker of the regular season with 67 stuffs to her name. 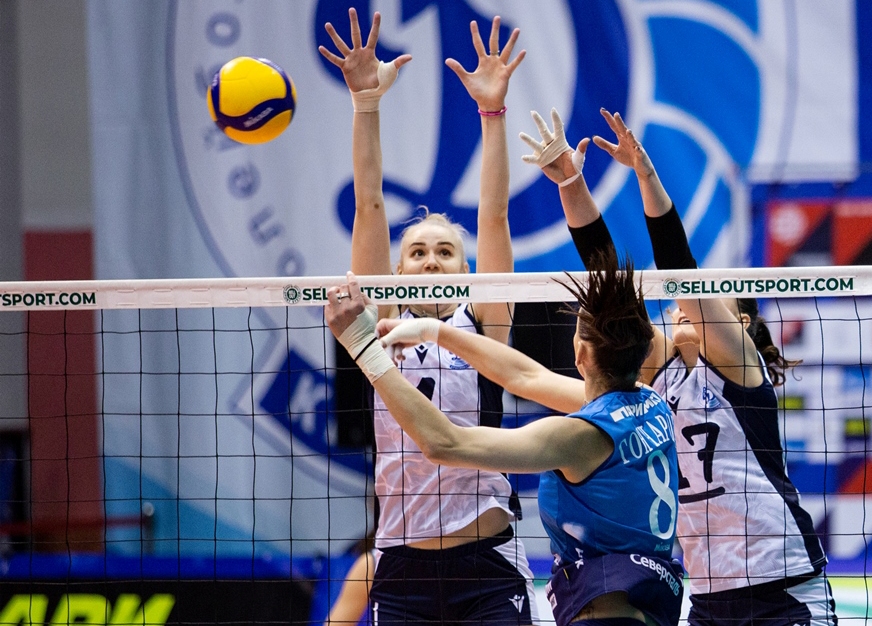 The regular season’s best blocker Angelina Lazarenko trying to stop Nataliya Goncharova’s attack
The best-eight line-up was completed by Leningradka, with Azerbaijan’s national team captain Yelyzaveta Samadova on the squad. The club from Saint Petersburg finished on 5-11 and 16 points, just a point clear of Zarechie Odintsovo, leaving the team from the Moscow Region below the cut-off line for the playoffs for the first time in the history of the club.
The only foreign club in the league, Minchanka Minsk of Belarus, and the teams of Dinamo-Metar Chelyabinsk and Yenisei Krasnoyarsk, in that order, finished 10th, 11th and 12th at the bottom of the table. 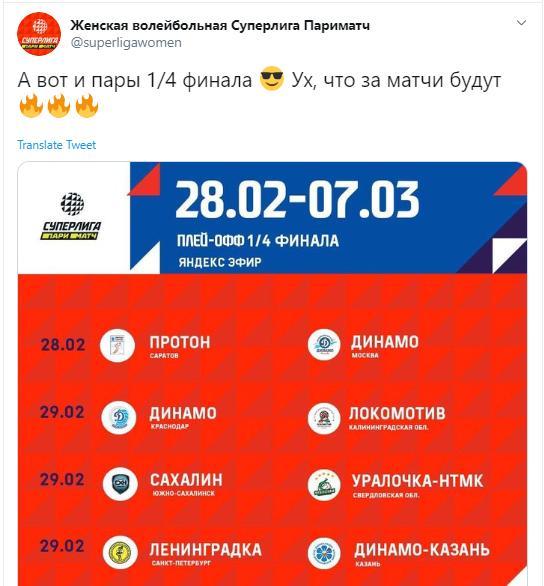 The quarterfinal playoffs will be played on February 28-29 and March 7 in a home-and-away format with a golden set as the tie-breaker. The teams that ranked higher in the regular season will host the second-leg games. Following the same formula, the semifinals are scheduled on March 14 and 21 and the medal matches on March 28 and April 4, when the 2020 national champions should emerge.
Additional playoff matches will be played for the distribution of the places from 5th through 8th and from 9th through 12th, with the bottom-ranked team facing a relegation playout with the winner of the second-division league.
More volleyball from Russia:
End of an era? Zenit’s earliest ever Champions League exit
Kseniia Parubets shines as Champions League top scorer
Olympic champ returns to Russian Superliga
Russian national team opposites engage in scoring race
Poletaev back in action after injury
Goncharova proves priceless for Dinamo
Quick links:
FIVB Volleyball Nations League
Olympic Games Tokyo 2020
Facebook
Twitter
Instagram
Youtube