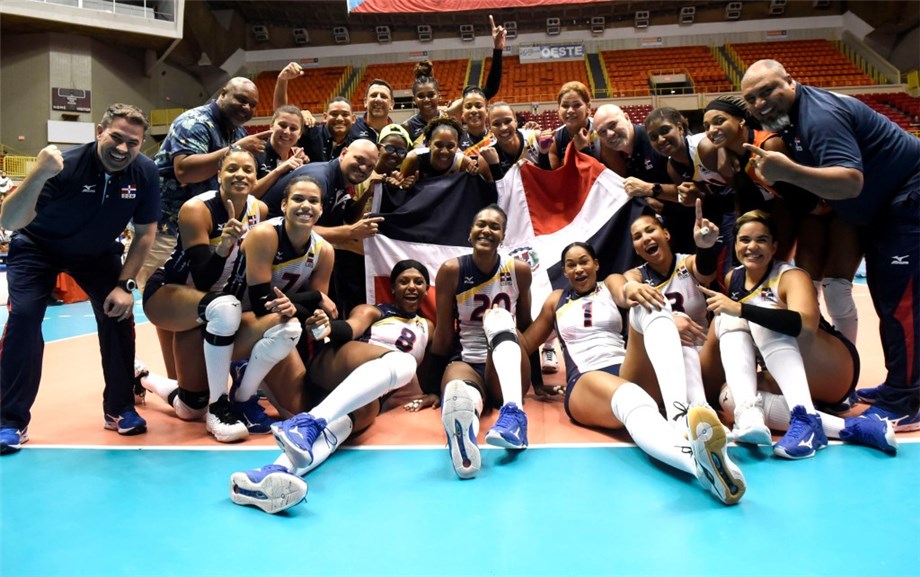 San Juan, Puerto Rico, October 13, 2019 - The Dominican Republic claimed victory at the NORCECA Women’s Continental Championship on Sunday by defeating the United States 3-2 (25-19, 25-23, 15-25, 20-25, 15-9) at the Roberto Clemente Coliseum in San Juan, Puerto Rico.
Quick links - Volleyball:
FIVB.com - Volleyball
Facebook
Twitter
Instagram
Youtube
The Dominican Republic ended the tournament on a 4-1 win-loss record, handing the United States their only loss of the tournament. The Dominicans had lost to the USA in the preliminary round. It was the fourth time the Dominicans and the United States battled for the NORCECA title and the first time the Dominicans came out on top winning their second gold medal in the history of the event. 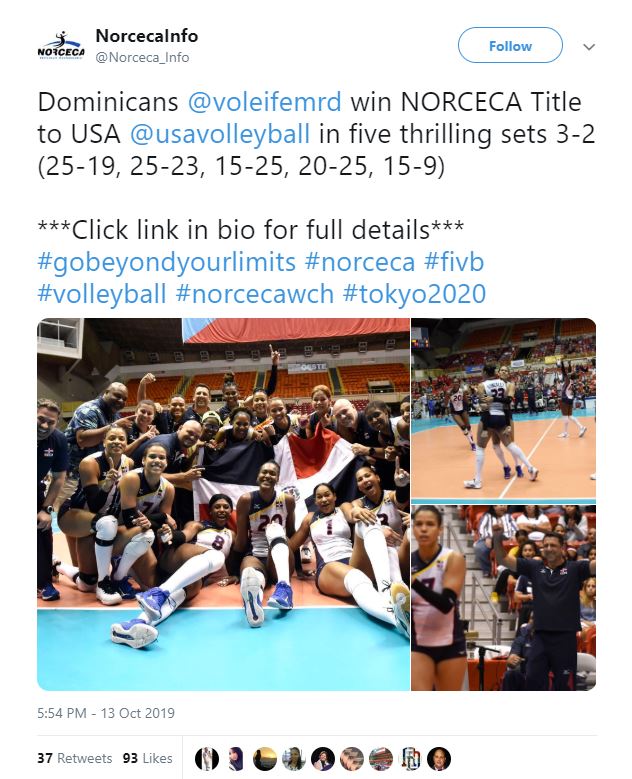 The Dominicans' offense and defense over the net, as well as their receiving skills were solid, from the beginning. Outside hitter Brayelin Martinez led the Dominican team.

Prisilla Rivera, captain of Dominican Republic said: “It has been a rough year for us, many events, lots of work, lots of suffering and finishing this way is the icing on top, I am very proud of my team. We could have finished 3-0 but United States is one of the best teams in the world and wasn’t going to give up easily. Our best skill was team effort; we had a moment of distraction when they started to pressure with serves.”

Marcos Kwiek, Head Coach of Dominican Republic said: “Today we faced an elite team, it wasn’t easy. We lack money, we lack structure, among other things, but we have big hearts. My players battled a lot and it was a spectacular way to close the year; they worked a lot, it was a difficult year and we are happy that none of the players were injured, it’s a blessing.” 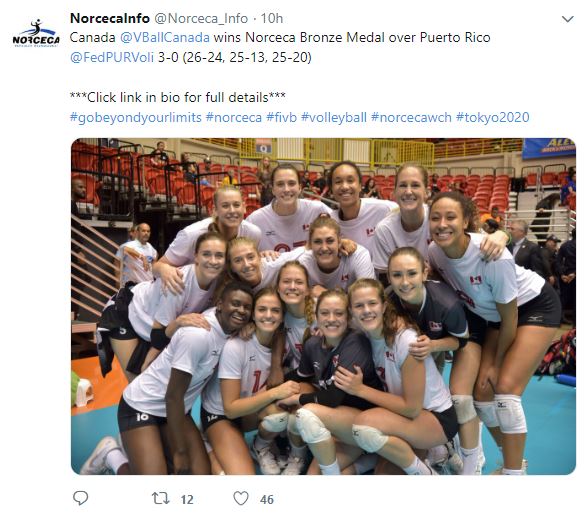