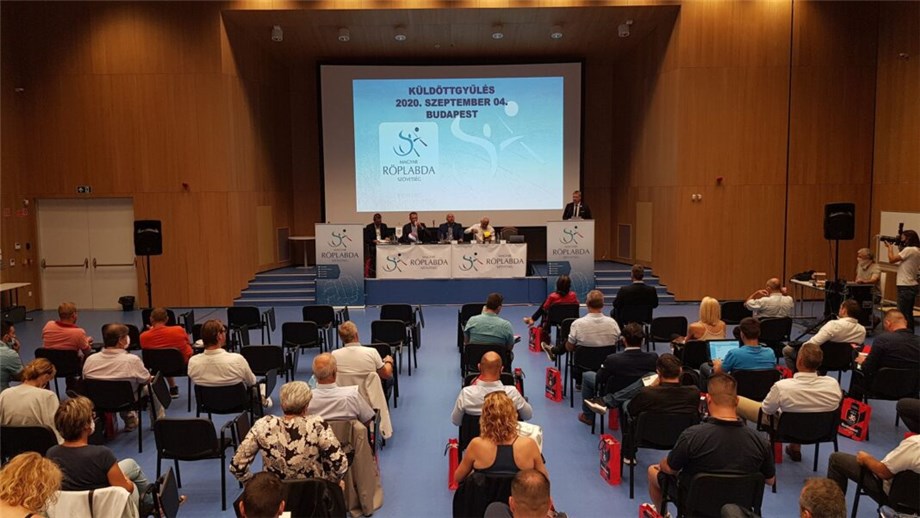 Budapest, Hungary, September 9, 2020 - Dr Ferenc Kovács was re-elected as Hungarian Volleyball Federation (MRSZ) President during the National Federation’s elective General Assembly at the University of Physical Education in Budapest last weekend.
Prior to working through the agenda, Hungarian Olympic Committee President Krisztián Kulcsár addressed attendees to express his hope that the re-scheduled Olympic Games will take place in Tokyo next year. Kulcsár also reiterated his belief that the excellent cooperation between the Hungarian Olympic Committee and MRSZ will continue for years to come.
During the General Assembly, the MRSZ’s Board of Administration was also elected from a total of 14 candidates, with Ildikó Ancsin, Ádám Baran, Balázs Buday, László Kárpáti, Lajos Németh, Péter Tálos, Péter Varga, Csaba Weczera, Ferenc Orosz and Márton Sarlós all being elected. The Assembly also elected Dr Dalma Fekete to the organisation’s Supervisory Board while former member Márk Hetényi was elected chairperson.
Additionally, MRSZ Secretary General Zsolt Ludvig presented the financial and activity reports concerning 2019 and the plans for 2020, both of which were unanimously approved by all 60 members of the Assembly.
The General Assembly was also given a presentation by PricewaterhouseCoopers on the analysis of MRSZ’s operations before the Assembly discussed three proposed changes to the statutes. The delegates unanimously approved the first two of the proposed changes, including the replacement of the General Assembly by a Delegated Assembly and the removal of various committees from the statutes.