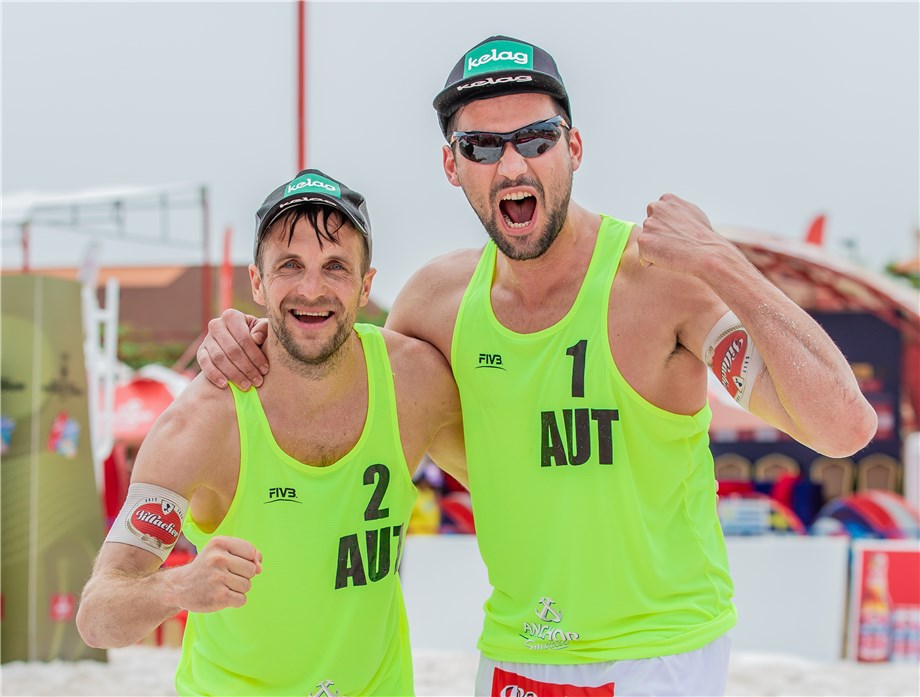 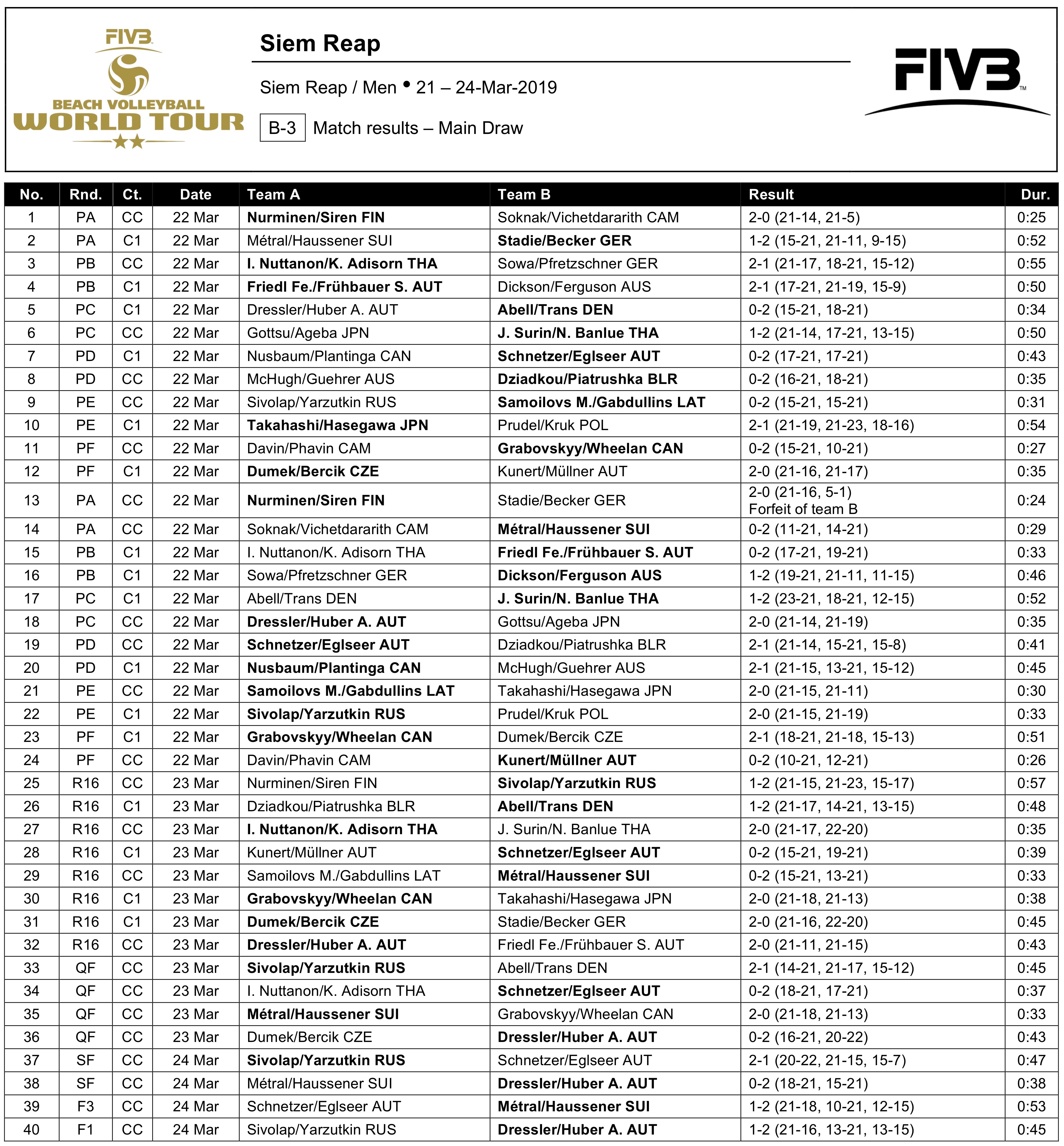 The Siem Reap 2-star concluded with an exciting finale as Dressler and Huber recovered from their setback in the first set, where Russian pair Maxim Sivolap and Artem Yarzutkin dominated them at 21-16. The Austrians made a huge comeback with an easy 21-13 win in the second set, then sent the crowd into raptures as they scored the final two points to snatch the win in the exciting final set 15-13.

The gold medal win at Siem Reap is an upgrade to their last medal placement of silver at the World Tour event in Agadir, Morocco on July 29, 2018. Dressler and Huber faced another Russian tandem – Ruslan Bykanov and Maksim Hudyakov.

The Siem Reap 2-star is the second men’s FIVB World Tour event in Cambodia and fourth overall in the Asian country.