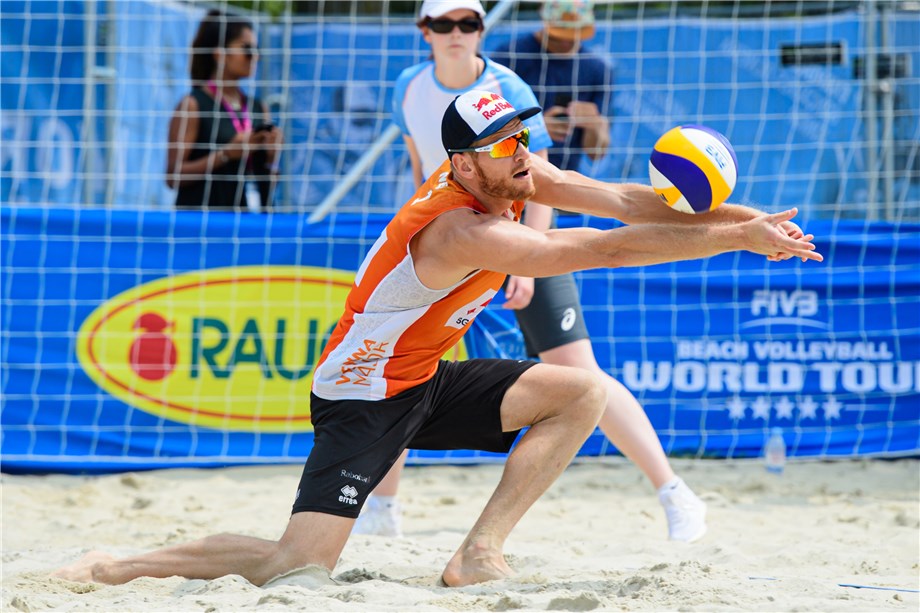 Vienna, Austria, July 30, 2019 - After playing in FIVB Beach Volleyball World Tour men's medal matches on Sunday afternoon in Japan, Dutchmen Alexander Brouwer/Robert Meeuwsen and Germans Nils Ehlers/Lars Fluggen were competing here Tuesday in the opening qualifying rounds at the A1 Major Vienna presented by Swatch.
Quick links - Beach volleyball:
FIVB Beach Volleyball World Tour - Vienna
FIVB Beach Volleyball World Tour - Ljubljana
FIVB Beach Volleyball World Tour - Malbork
Facebook
Twitter
Instagram
Despite posting victories on Tuesday, the Dutch and Germans are still in the qualifier as the US$600,000 A1 Major Vienna features two days of preliminary round matches where eight teams will advance from Wednesday’s schedule to Thursday’s main draw rounds at the FIVB World Tour event being played on the Donauinsel in the Austrian capital.
"It's going to be a long day on Monday travelling to Vienna," said Meeuwsen after winning the Tokyo Open bronze medal Sunday  "At least the schedule has only one round of qualifying matches Tuesday, so hopefully, we’ll take advantage of that with a win."
And the Dutch took advantage of the Vienna scheduling as the top-seeded team in the 32-team A1 Major Vienna qualifier posted a 2-0 (21-12, 21-17) in 30 minutes over 32nd-seeded Robert Kufa/Martin Melmuka of the Czech Republic to advance to a Wednesday match against 16th-seeded Jonathan Erdmann/Sven Winter of Germany.
The fourth-seeded Ehlers and Fluggen defeated 29th-seeded Grant Goldschmidt/Leo Williams of South Africa 2-0 (21-10, 21-19) in 30 minutes to advance to Wednesday's final men's A1 Major Vienna qualifying round against 20th-seeded Maciej Rudol/Jakub Szalankiewicz of Poland. 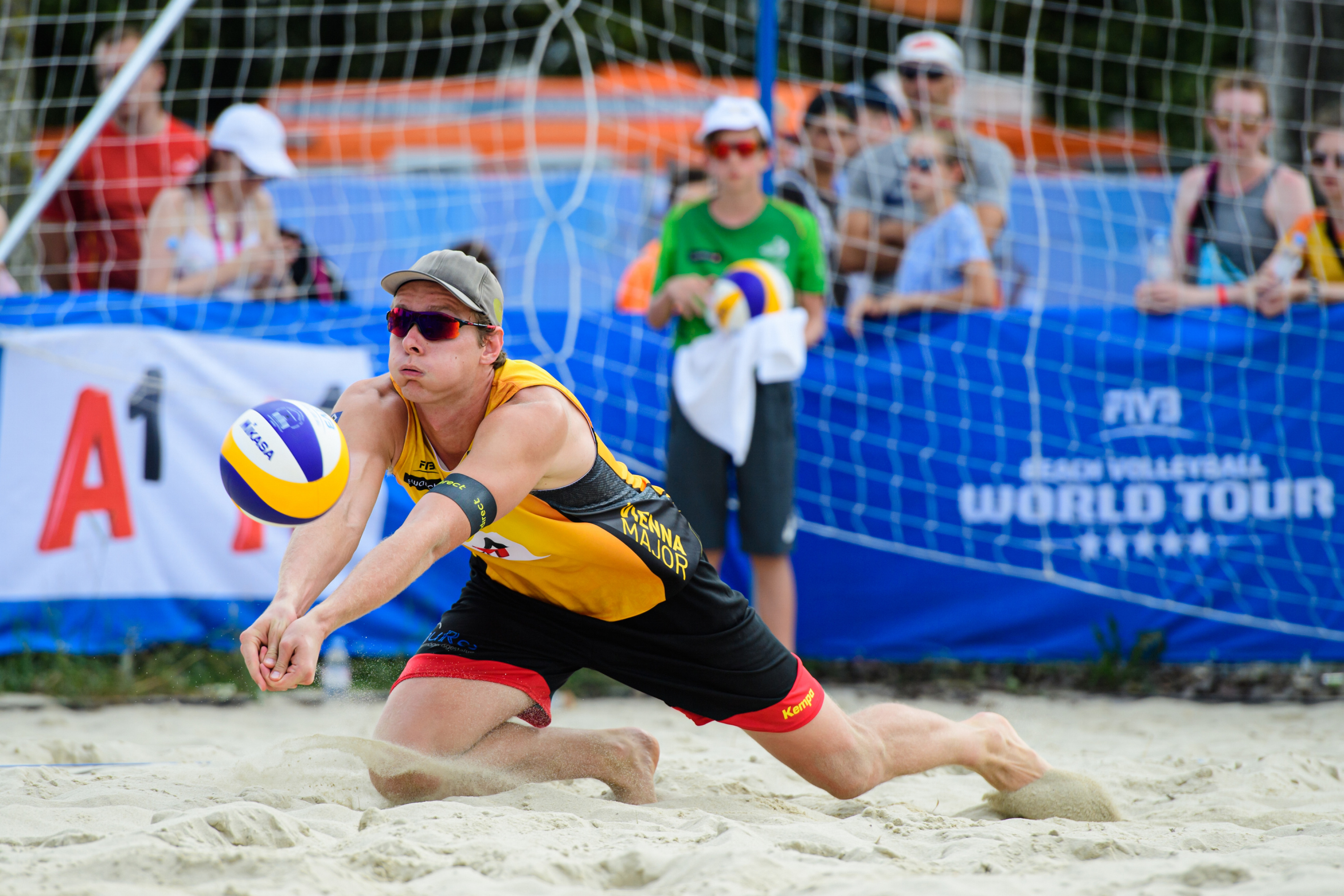 "Huffin' & Puffin" is Nils Ehlers of Germany
While the men play the final round of qualifying on Wednesday, the women are scheduled for two rounds of pool play matches to set the field for Thursday’s elimination bracket schedule as the group winners will receive a bye into the Friday's Round of 16 schedule.
The A1 Major Vienna concludes Saturday for women and Sunday for men with the winning pairs collecting the $40,000 first-place prizes while collecting 1,200 qualifying points for the Tokyo 2020 Olympic Games. 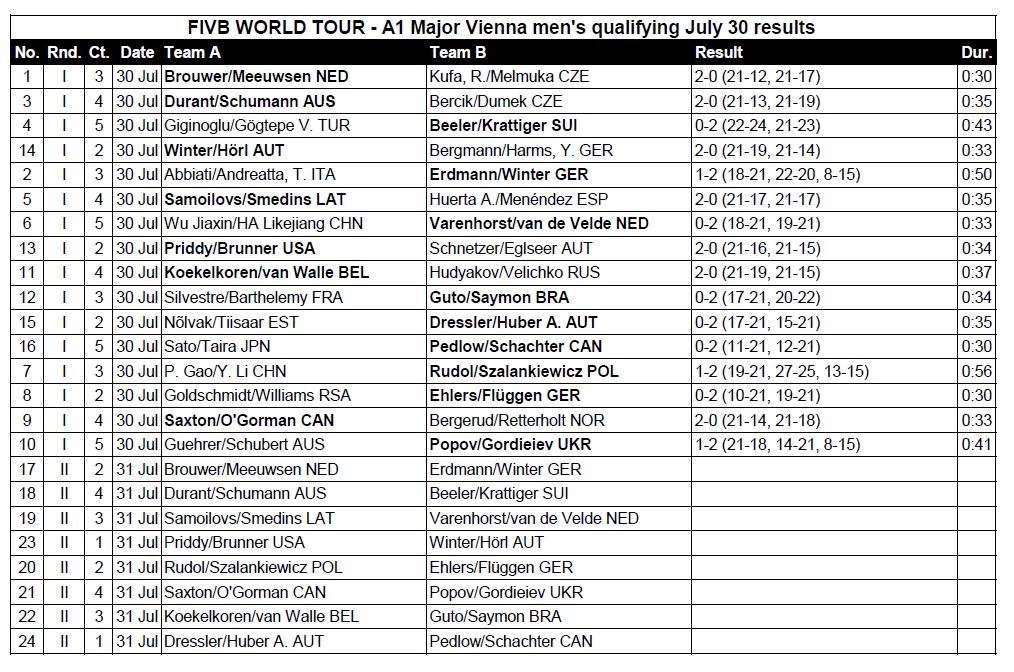