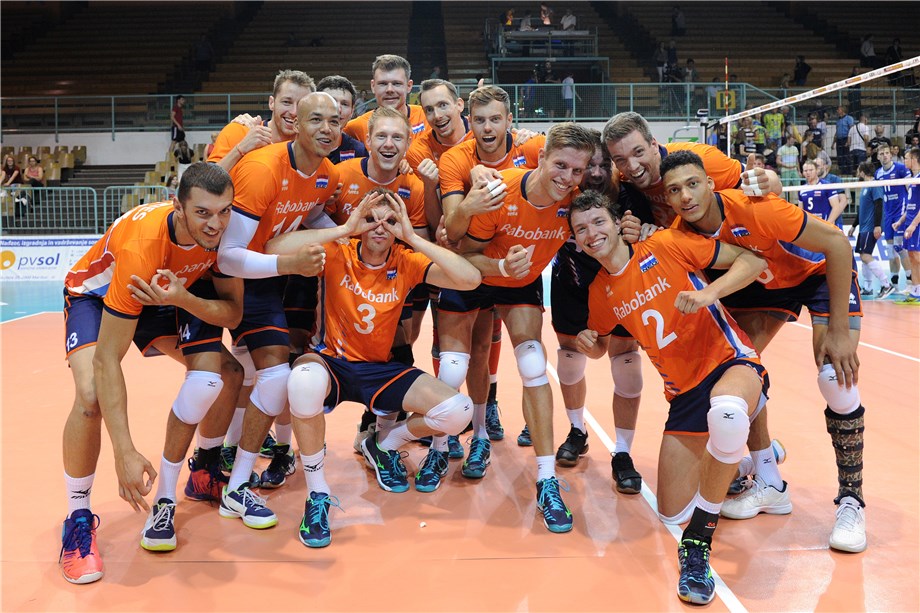 The Netherlands after their match with Slovenia at the 2018 European Golden League.

Lausanne, Switzerland, July 27, 2016 - As the Netherlands return this year to the FIVB Volleyball Men's World Championship for the first time in 16 years, head coach Gido Vermeulen released today the names of 15 players selected ahead of the international federation's flagship tournament.

One of the 15 players will be cut, to form the actual side that will travel to the World Championship. 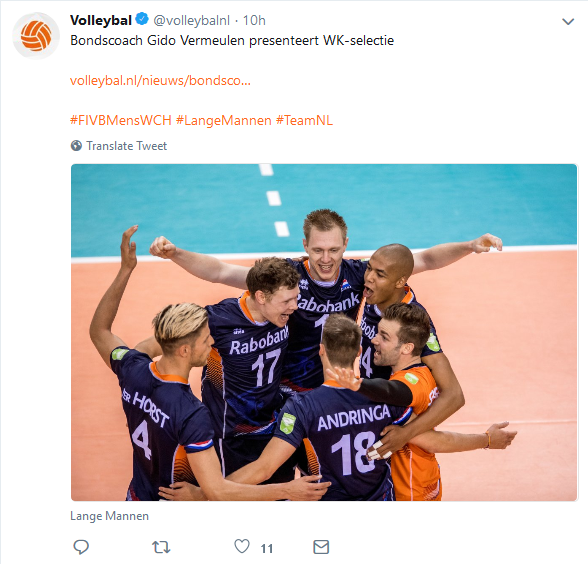 The Netherlands begin their World Championship campaign in the Bulgarian city of Ruse, up against Canada, China, Brazil, France and Egypt in Pool B. The top four of the pool advance to the next phase.

Ahead of the competition, the Netherlands will play friendly matches against Italy, France, Brazil, Belgium and Argentina.

The last time the Dutch qualified for the competition was in 2002, when they ranked ninth - seven places below their all-time high of silver medal in 1994 when they lost in the final at Piraeus 3-1 to Italy.

The 1990s were a glorious decade for the Dutch. They finished second in the inaugural World League in 1990 and repeated the feat the following year. In 1992 they took silver at the Olympic Games in Barcelona and four years later they won gold at Atlanta 1996 as well as winning the World League title. They were runners-up at the 1994 World Championship and won two silver and two bronze medals in successive European Championships from 1989, before taking gold on home soil in Eindhoven in 1997.