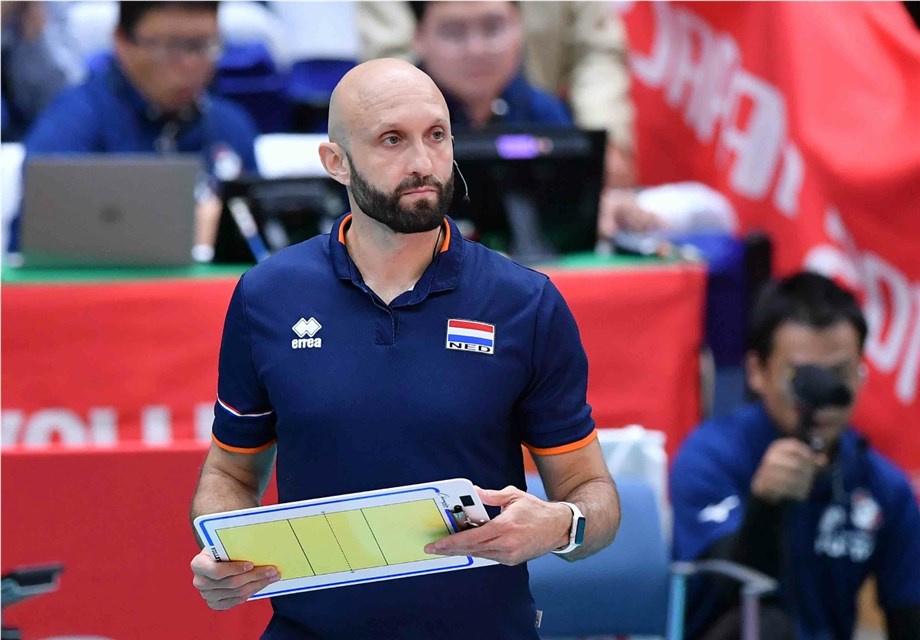 Amsterdam, Netherlands, October 6, 2019 - The Dutch women's team and head coach Jamie Morrison have split ways as the Netherlands Volleyball Federation (Nevobo) seek to appoint a new coach to lead the team in the European Olympic qualification tournament in Apeldoorn next January.

This year, however, the Dutch lost to 2018 World Championship runners-up Italy in the final match of the Olympic qualification tournament in Catania. They were later knocked out of the European Championship in the quarterfinals by Turkey before finishing eighth at the FIVB Volleyball Women's World Cup in September, after defeating Brazil but losing to the United States, Serbia, Russia, China, Dominican Republic and Japan.

Statement Joop Alberda, technical director Dutch volleyball federation:
“I very much regret that we had to make this difficult decision. Jamie achieved great results with the team in 2017 and 2018, and we are grateful for that. After an extensive evaluation of the past season, however, there is insufficient confidence to continue the route to the upcoming Olympic qualification tournament and the 2022 World Championship.”

Statement Jamie Morrison:
“For the past three years I have devoted myself completely to this team. During that time, I have worked tirelessly, side by side with an amazing staff and a special group of players towards great results in 2017 and 2018. However, we did not reach our goals in 2019 and that responsibility falls on me. I want nothing more than to finish the job that I set out to do in 2017 but that is not to be. I wish this team and this program nothing but success in the future.”
The volleyball team of the Netherlands will get another chance to qualify for the Tokyo 2020 Olympic Games the country hosts a European qualification event in Apeldoorn from January 7 to 12. The Netherlands will take on seven other European teams all competing for a single berth at the Olympics. All matches will be played at the Omnisport arena in Apeldoorn. The eight participants in the Olympic qualification tournament are: Netherlands, Turkey, Germany, Bulgaria, Poland, Belgium, Croatia and Azerbaijan.