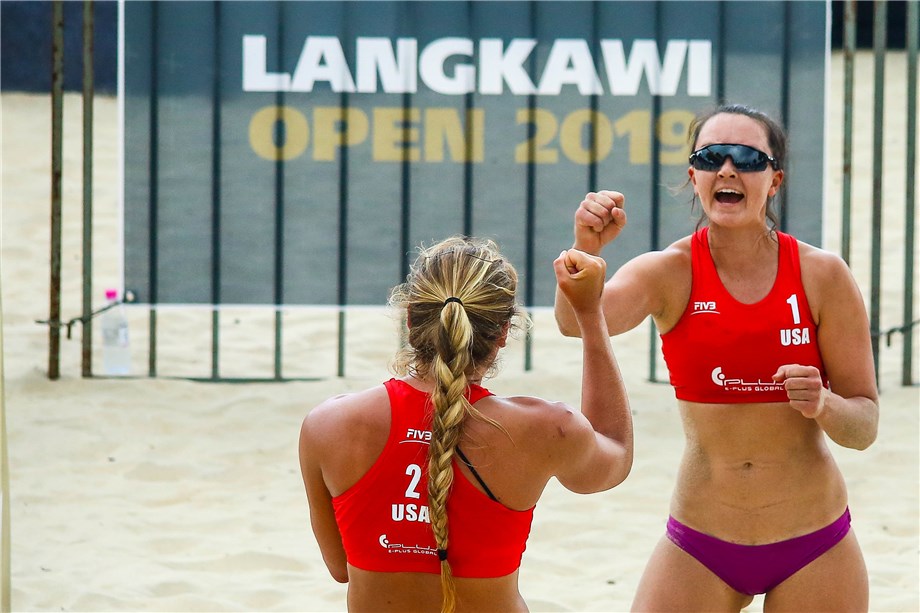 Langkawi, Malaysia, April 13, 2019 – The United States’ Lara Dykstra and Cassie House secured their spot in the semifinals with a straight-set win over their compatriots Audrey and Nicole Nourse in the FIVB Beach Volleyball World Tour Langkawi 1-star. 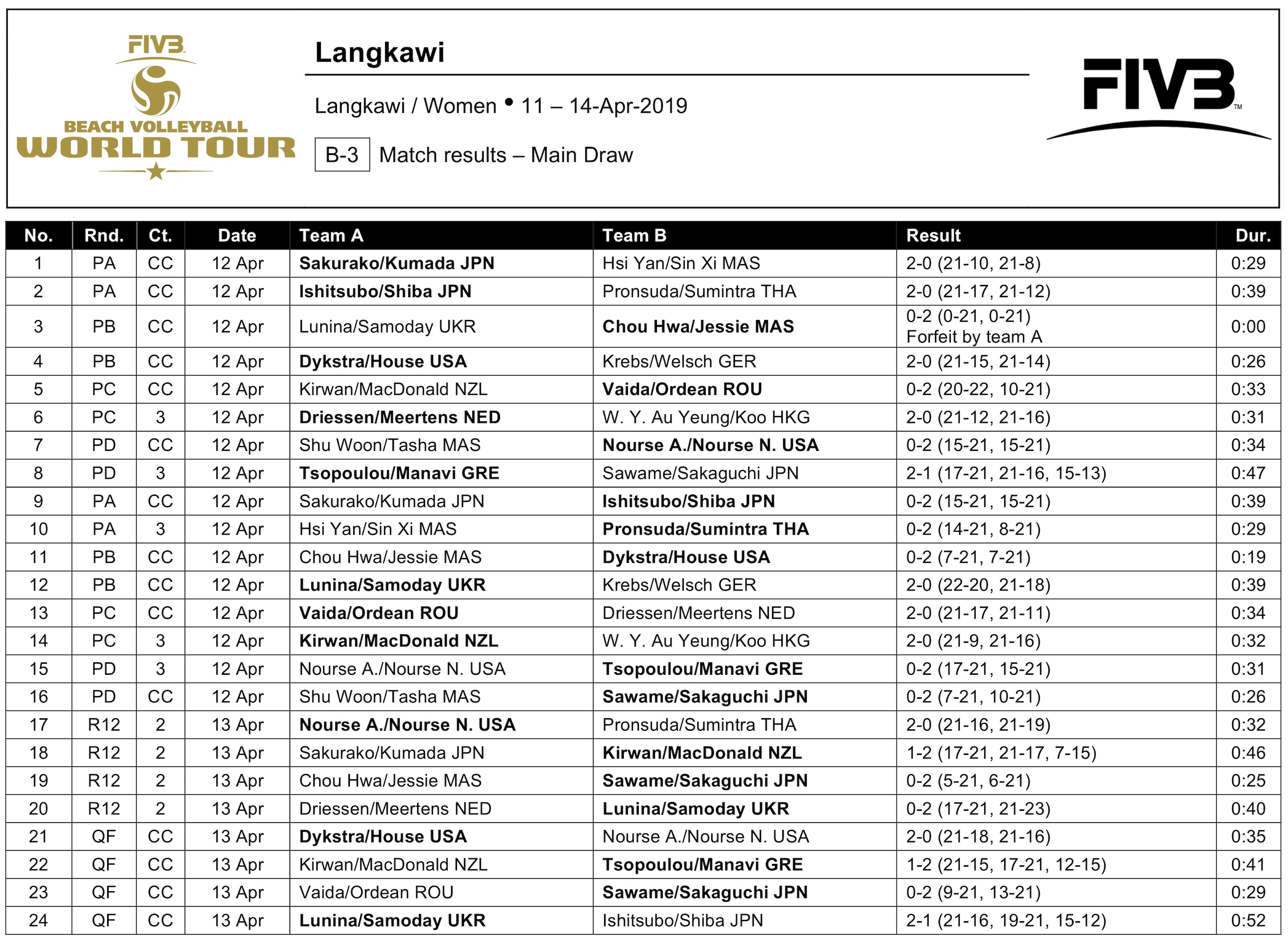 Dykstra and House will face their Battambang 1-star finale rivals Konstantina Tsopoulou and Dimitra Manavi of Greece in the semifinals of the Langkawi 1-star after beating the Nourse twins 2-0 (21-18, 21-16) in a 35-minute encounter.