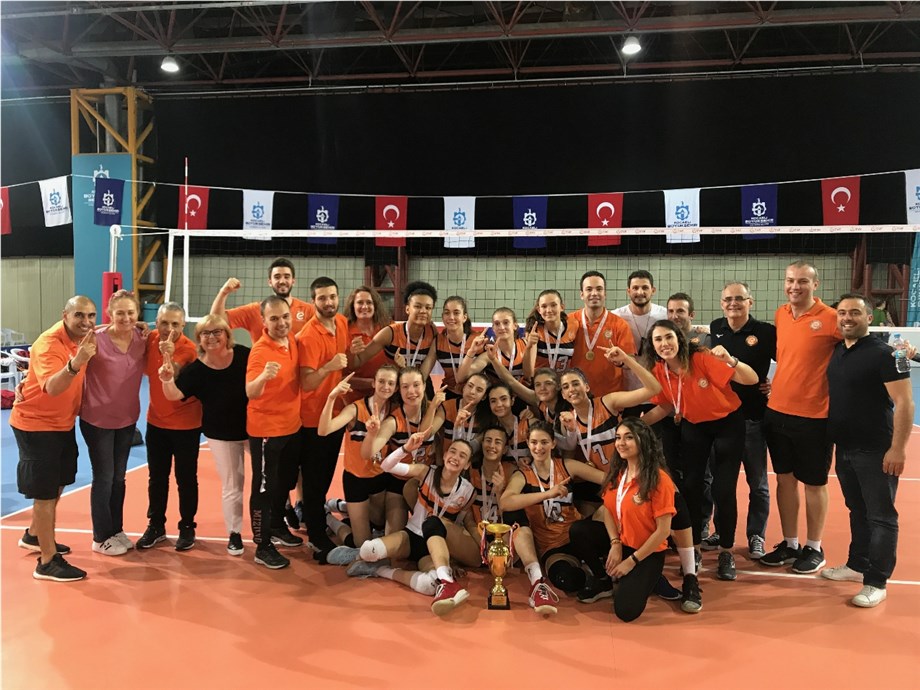 Developing young players is a priority for Eczacibasi Sports Club

Istanbul, Turkey, November 12, 2019 – In 2016, Eczacibasi Sports Club launched “Future Spike” in collaboration with ES Volleyball to expand its training programme for young girls. Through the programme the club aims to introduce thousands of six to 13-year-old girls annually to the culture, spirit and discipline of sport and create opportunities for the club to discover and train the stars of tomorrow.

Quick links - Volleyball:
FIVB Volleyball Women's Club World Championship
Facebook
Twitter
Instagram
Youtube
Eczacibasi Sports Club’s first-ever volleyball school was located in the heart of Istanbul, Levent, and was the former training facility of the club's teams between 1973 and 2001. Nowadays the Eczacibasi headquarters stand in the place of that historical court. Eczacibasi Sports Club moved to its iconic home in Ayazaga in 2001, which has helped to train around 200 young girls every year.

In addition to its first sports school campus in Ayazaga, the Future Spike project is actually an investment in youth and aims to reach girls and young women through these volleyball schools. The schools are expected to increase in number every year. The project will train girls to become athletes in the junior and senior teams of Eczacibasi, and become coaches and executives who will work for Eczacibasi volleyball schools and teams in the future.
Future Spike currently has ten campuses around Turkey training 3000 girls annually, and the target is to have 30 campuses in 11 cities training 5000 girls annually by 2021. According to the club’s plans, 3000 young girls will be reached in the 2019-2020 season in eight different cities to provide them with a quality volleyball training opportunity.
Emphasising the importance of the project, Eczacibasi Sports Club President Faruk Eczacibasi said: “Thousands of young girls play volleyball within the scope of the Future Spike project. Obviously you cannot expect all of them to become world champions or play volleyball in the long run but you can expect them to become self-confident individuals in the future as true representatives of Turkish women. As Eczacibasi Sports Club we do not merely consider sports as competing and winning titles. I believe that the Future Spike programme is a very good combination of this approach of ours.”

Receiving the International Olympic Committee’s (IOC) 2018 Women and Sports Award has underlined the importance of Eczacibasi Sports Club’s allocation of all its resources and investments to women’s volleyball to make sports more accessible to women and increase the participation of women and young girls in Turkish volleyball. 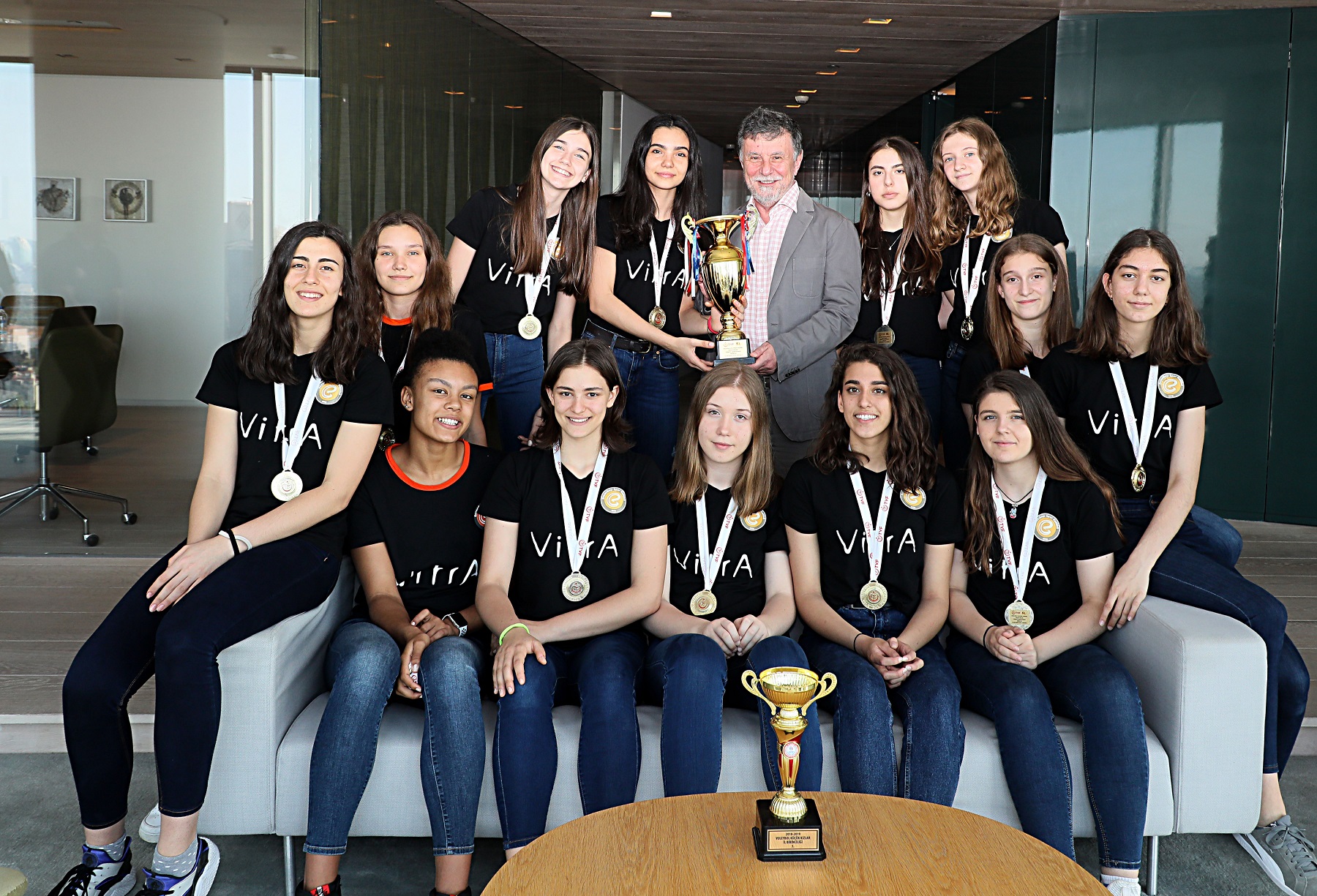 The club's age-category teams have enjoyed success in Turkey
Having made the raising of young talents its priority and thus become one of the world’s leading clubs in women’s volleyball, Eczacibasi Sports Club’s 2018-2019 resume in the under-age categories has demonstrated the success of the club in this respect. The crowning of the longstanding efforts of the club with one national championship title in the Under-15 category and two runner-up titles in the Under-17 and Under-19 teams justifies the importance the club gives to nurturing young talent.
“Our goal is to raise players for both our senior team and Turkish volleyball’s future. Each successful result that we get through a right working method can only encourage us to achieve more,” reflected Eczacibasi Academy Head of Technical Staff İsmail Sahin and Academy Manager Auman Bas.
Renowned for his commitment to bringing out the potential of young players, Eczacibasi VitrA Head Coach Marco Aurelio Motta said: “Eczacibasi Sports Club has been investing in women’s volleyball since 1966. Developing high-level Turkish players is our mission. During those 53 years, the club has formed many players for Turkish volleyball. And during its long history in world volleyball, the club has a long history renowned for its efforts in raising players from base categories to our senior teams. 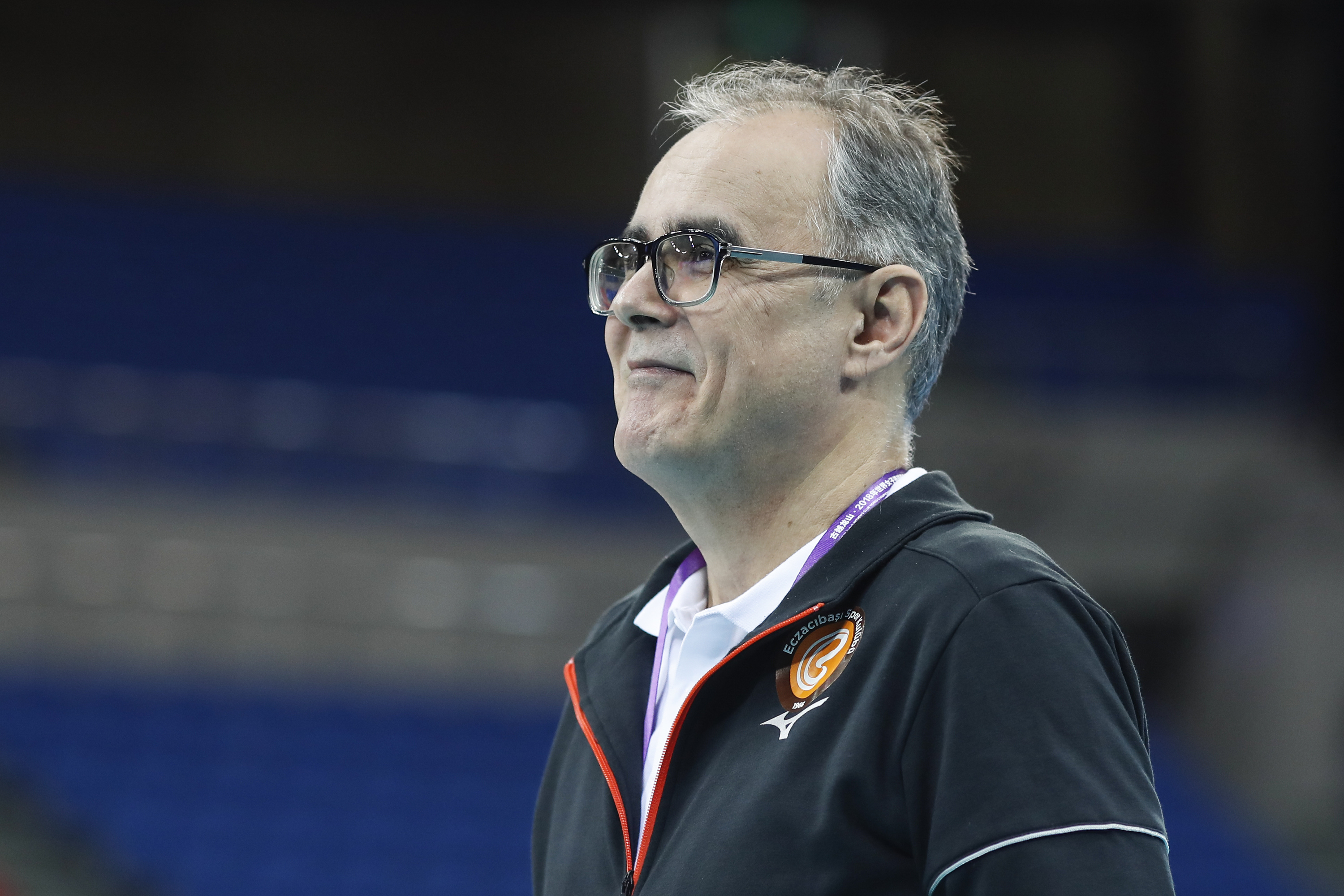 Head Coach Marco Aurelio Motta will lead Eczacibasi VitrA Istanbul at the 2019 FIVB Volleyball Women's Club World Championship in December
“The process of forming volleyball players is composed of two parts: the first part is selecting talented players and after that comes the technical qualification process.

“Selecting important players is very important. We spend a lot of energy in this process and Eczacibasi volleyball schools open us many doors in this respect. Also through the Future Spike programme we bring volleyball closer to the young girls of Turkey with the support of Future Spike programme’s founder Sırma Üç and her efforts in cooperation with us to expand the pool of young players. The expansion of Future Spike campuses in Turkey gives us the chance to search for young talents in a wider area.

The second part is the technical qualification process, which is composed of six years. For each category (U13, U15 and U17 teams) we have different targets according to the technical development. By developing them into technically high-level players, we also aim at preparing them for the international high-level volleyball. Once they are technically qualified, it is time for them to play at a higher level. Because after that six-year process, gaining maturity plays a very important role. That’s why they go to other clubs to play in the league system. Every year we observe those players’ performance during the season. After the season we invite them to our off-season training programme, check their development and plan the next steps for their future.”