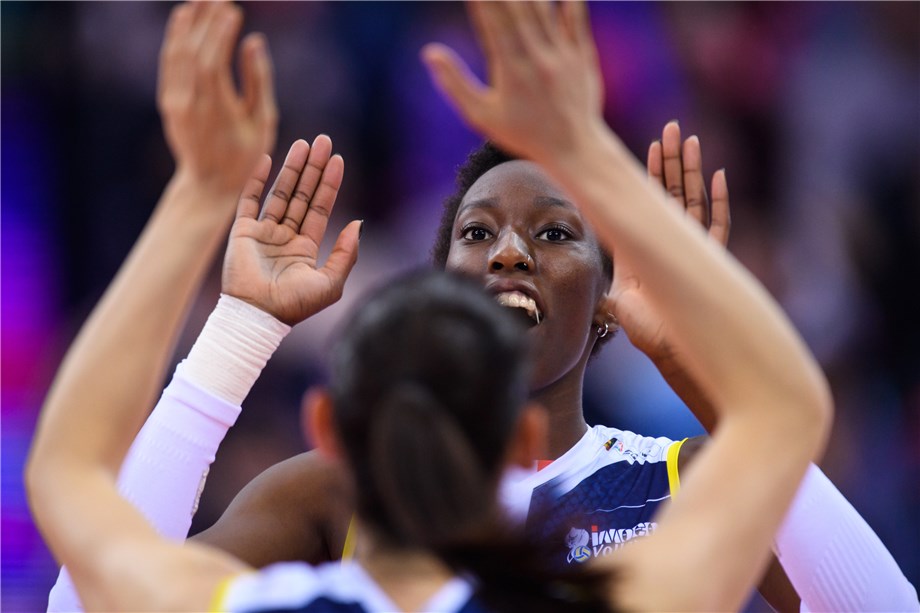 Busto Arsizio, Italy, February 3, 2020 – Paola Egonu showed that she is ready to make her mark on 2020 when she helped Imoco Volley Conegliano win their ninth title in less than 10 years in existence.
The Italian international opposite led scoring with 18 points as the club from Conegliano, a town 50 minutes north of Venice in Italy’s north-east defeated Unet E-Work Busto Arsizio 3-0 (25-20, 25-18, 25-16) in the Coppa Italia di Serie A1 final which took place in front of 4,400 spectators at the Palayamamay in Busto Arsizio near Milan. Joanna Wolosz was named MVP.
Victory means they have now won three trophies this season – along with the FIVB Volleyball Women’s Club World Championship and Italian Super Cup – and extended their winning streak to 11 matches.
Egonu has been a vital part of those teams and has considerable experience for a player still in the early years of her career.
The 21-year-old is hoping that Tokyo 2020 will be her second Olympic Games, having made five appearances at Rio de Janeiro 2016. She was also part of the Italy team that won silver at the Japan 2018 FIVB Volleyball Women’s World Championship.

More volleyball in Italy:
Does Hancock hold the aces for USA at Tokyo 2020?