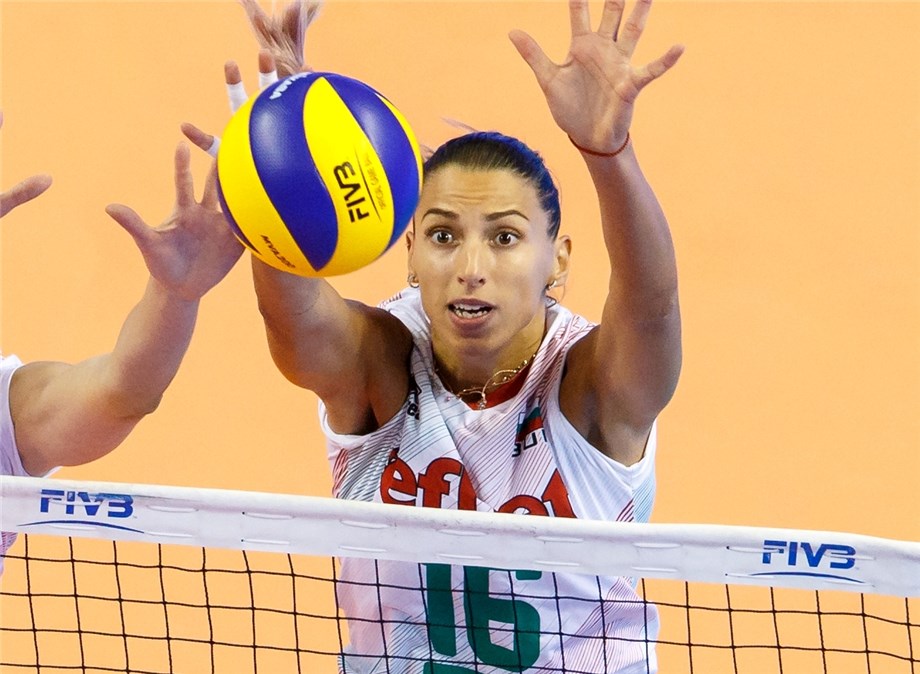 Plovdiv, Bulgaria, July 30, 2020 – Some four weeks after joining the training camp of the Bulgarian national team in Plovdiv, Elitsa Vasileva told fivb.com how happy she was with the chance to play volleyball again, after the long pandemic related lockdown.
In 2021, Bulgaria's biggest star and captain is set to lead the team through a campaign in the CEV European Golden League and potentially the FIVB Volleyball Challenger Cup, aiming at readmission to the elite club of teams in the FIVB Volleyball Nations League. Bulgaria also co-hosts the 2021 CEV European Championship, another challenge of high importance for the coach Ivan Petkov's Lionesses.
Bulgaria got close to qualifying for Tokyo 2020 when they were up 2-1 in a crucial intercontinental qualification match in the United States last August, but failed to deliver the big upset and book a ticket to next year’s Olympic Games.
Vasileva has played for top-level club teams from six different countries on three different continents, with the 2010 FIVB Volleyball Club World Championship bronze and the 2011 Italian championship title, both with the team of Norda Foppapedretti Bergamo, among the highest achievements of her club career. With her most recent club, Italy’s Igor Gorgonzola Novara, Eli Vasileva reached the semifinals of the 2019 Club World Championship. 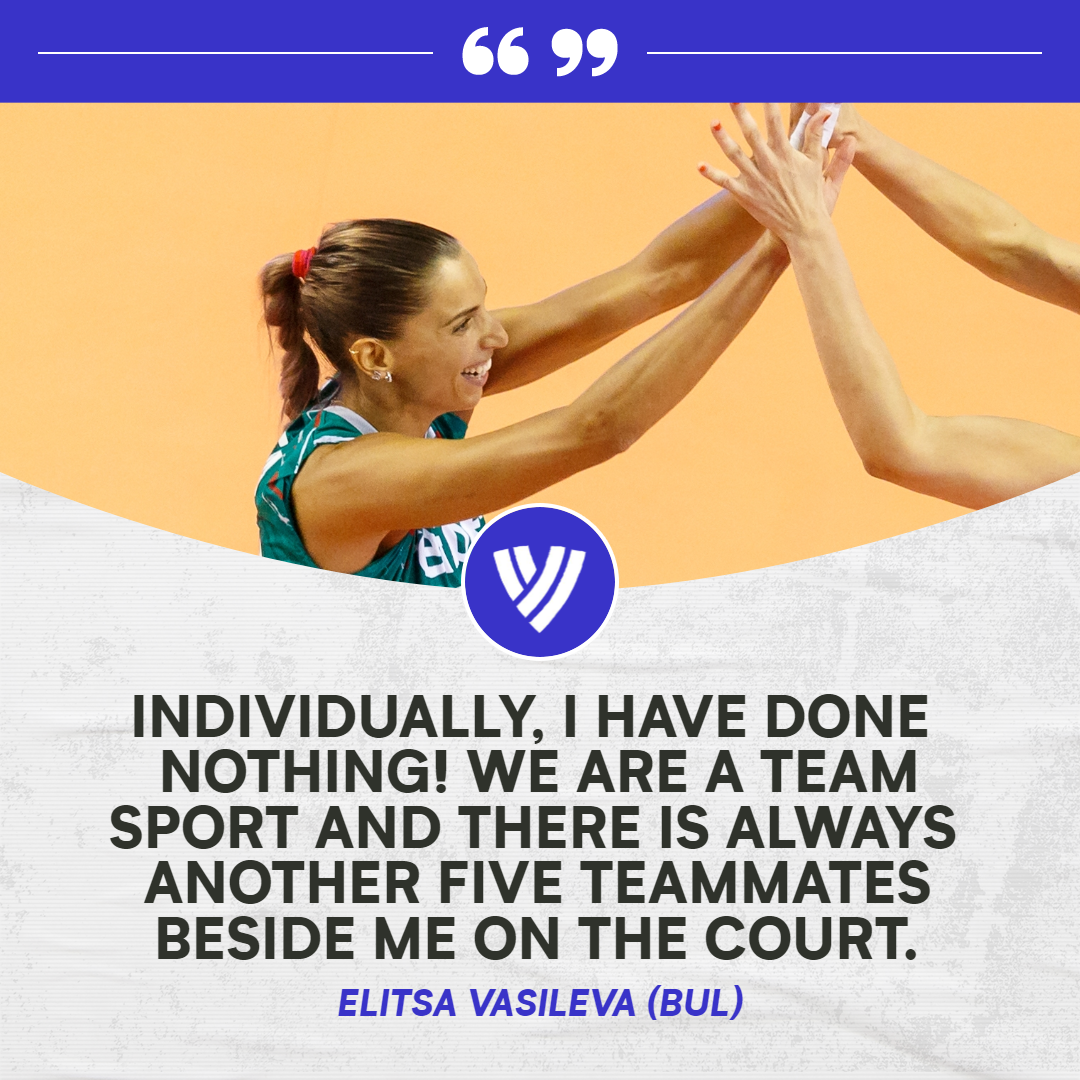 Here is the full interview Elitsa Vasileva gave to fivb.com:
In early July you joined the national team camp. What does it feel like to be in training again after such a long break? How much did you miss volleyball during the isolation?
Elitsa Vasileva: It feels very good. I am very happy for this opportunity to practice again and glad that they managed to schedule such a long training camp for us. In a way, this is a return to the pre-pandemic normality. At the beginning of the lockdown, I took it more as time to take some rest, but as time passed I started missing volleyball more and more, so now I am happy we have a chance to play again.
With some completely new players on the squad, how do you see the team's potential for future success?
Elitsa Vasileva: There really are a lot of young girls with talent and potential, but nothing can be achieved without lots of work. So it completely depends on them (and on us as a team) how hard we are going to work to achieve results.
One of the goals is obviously a good result at next year's CEV European Championship at home. Another main goal is probably the return to the FIVB Volleyball Nations League?
Elitsa Vasileva: Yes, these are our two main targets next year – no discussion. As far as our home EuroVolley, this is our first chance to compete at such a level in Bulgaria, and I think we will all approach it with great ambition. As far as the VNL, we definitely belong there, but it is up to us to prove it, to earn our spot, and then keep it for the years to come. It’s a long process, accompanied by a lot of work, but we have to establish ourselves as a permanent member of the League. 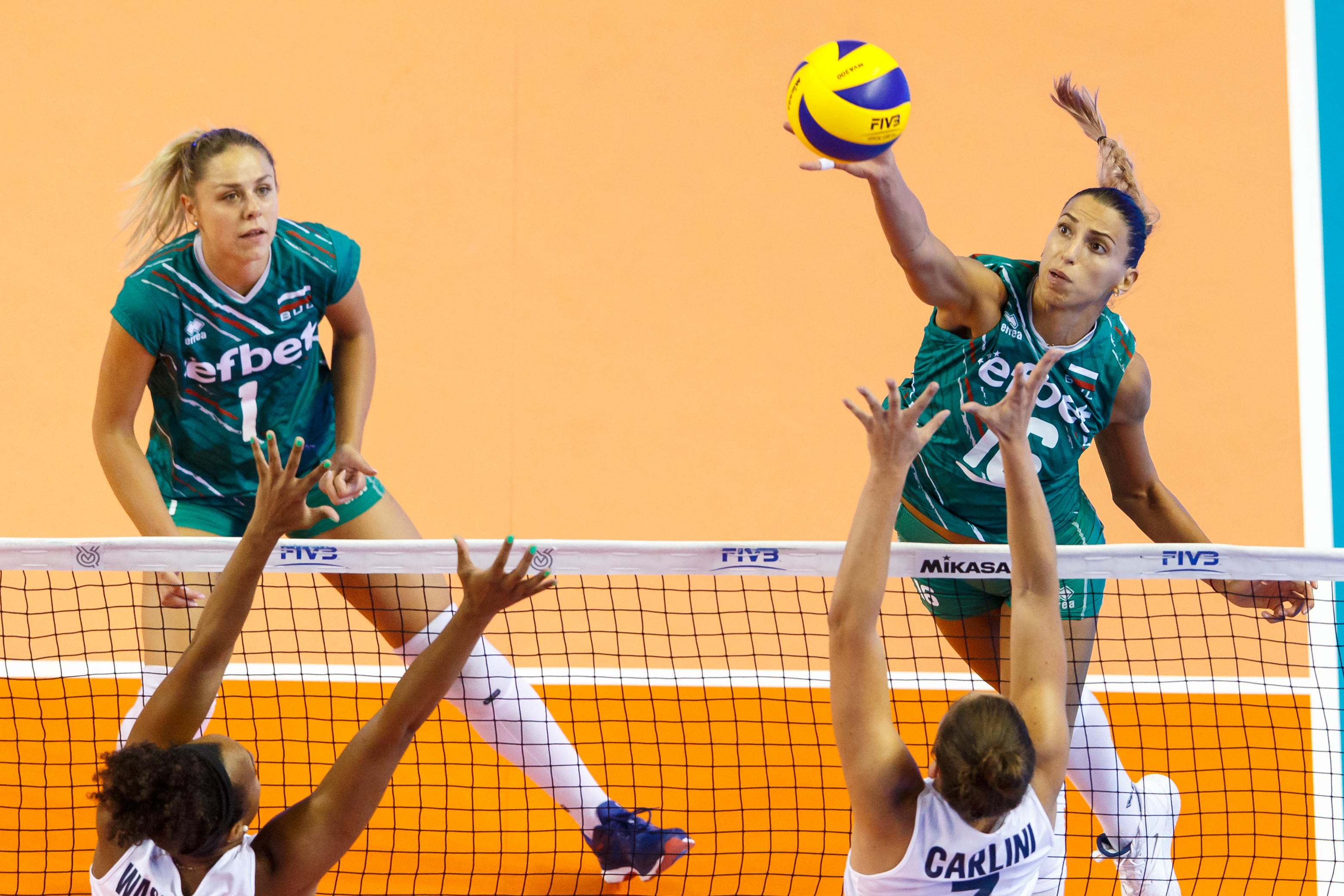 Eli Vasileva spikes over the US block during an intercontinental Olympic qualifier in August 2019
Nearly a year after that Olympic qualification match in the United States, lost in the tie-breaker, which prevails - the pleasant memory of the good performance or the bitterness of the missed chance?
Elitsa Vasileva: Definitely the bitterness! It would have been a good performance, if we had won. The fact that we were close to victory, but did not win, is something that can leave us only with bitterness. We played a good game, but in matches like that it is better to win ugly than to lose beautifully.
One of the biggest competitions you have participated in recently was the Club World Championship. What was that experience like for you?
Elitsa Vasileva: It was a tournament of an extremely high level and I have kept very pleasant memories of it. With the clubs that gathered there, with the athletes that played for these clubs, it was really one of the highest levels of competition I have ever experienced.
What was your childhood like before you started playing volleyball?
Elitsa Vasileva: I grew up in Dupnitsa. All day games outside – that’s what my childhood was like. We played outdoors all day, while our parents had to keep an eye on us from the balconies making sure we were alright. Especially in the summertime, we came home as late as possible in the evenings, just in time to go to bed around midnight. During the academic year, as soon as we came home from school we quickly did our homework and immediately jumped into playing games again, almost always outside...
And how did you and volleyball meet? What made you fall in love with the sport and turn it into your profession?
Elitsa Vasileva: My older sister played basketball, so initially I practiced basketball as well. But seeing me at the sports halls, many coaches directed me towards volleyball, saying that was the right sport for me. They told me that in terms of body build and structure, I was more suitable for volleyball than for basketball. So I decided to try. My parents happened to know volleyball people from CSKA Sofia, so that became my first club. A year or two later, it became clear that I really had a good potential for the sport and, from there, things just happened very fast...
Your talent has turned you into a big international star, but you have remained down-to-earth as a person. Did fame and glory change your personal life in any way?
Elitsa Vasileva: No, I wouldn’t say that anything has changed. I am the same person as before. Of course, people change as they grow up. Having experienced all the things that happened to me in life, I have surely changed, but as far as my interaction with friends and family, I am the exact same person and I don’t feel any different from, say, 10 years ago.
Which team and individual achievements on the volleyball court are you most proud of?
Elitsa Vasileva: I am proud of winning the Scudetto in Italy with Bergamo; I am proud of my achievements with Dinamo Kazan; I am proud of what we did with VakifBank and the many finals we played that year... With every club I’ve played for I think I have some good seasons behind me and left good impressions. Individually, I have done nothing, because we are a team sport and there is always another five teammates beside me on the court.
What about off the court?
Elitsa Vasileva: I am not a material person and what makes me proud are my family and the people around me. Of course, I hope that in the future I achieve business success in the field I take up after volleyball,  that will give me more reasons for pride, but for now I take pride in what the people closest to me do.
And what achievements on the volleyball court do you dream of?
Elitsa Vasileva: I dream of a medal at next year’s EuroVolley at home.
More volleyball from Bulgaria:
Bulgaria embark on quest for successful 2021 season
Kaziyski hopes to boost future of Bulgarian volleyball
Bulgarian Lionesses start preparations for summer 2021
Best of Tsvetan Sokolov’s Facebook Live answers
Player of the Week: Tsvetan Sokolov
FIVB deeply saddened by passing of Bulgarian volleyball legend Todor Simov
Samuil Valchinov: Keen to succeed
Get to know: Nikolay Uchikov
Zhana Todorova: VNL experience – great asset for Bulgarian volleyball’s future
Bulgaria captain Yosifov chasing targets in VNL
...
Quick links - Volleyball:FIVB.comFacebookTwitterInstagramYoutube