Baden, Austria, August 17, 2020 - Featuring high-level representatives from across Europe, the double gender Baden Open is next up on the international schedule as the Austrian resort south of Vienna hosts an FIVB Beach Volleyball World Tour event for the third consecutive season. 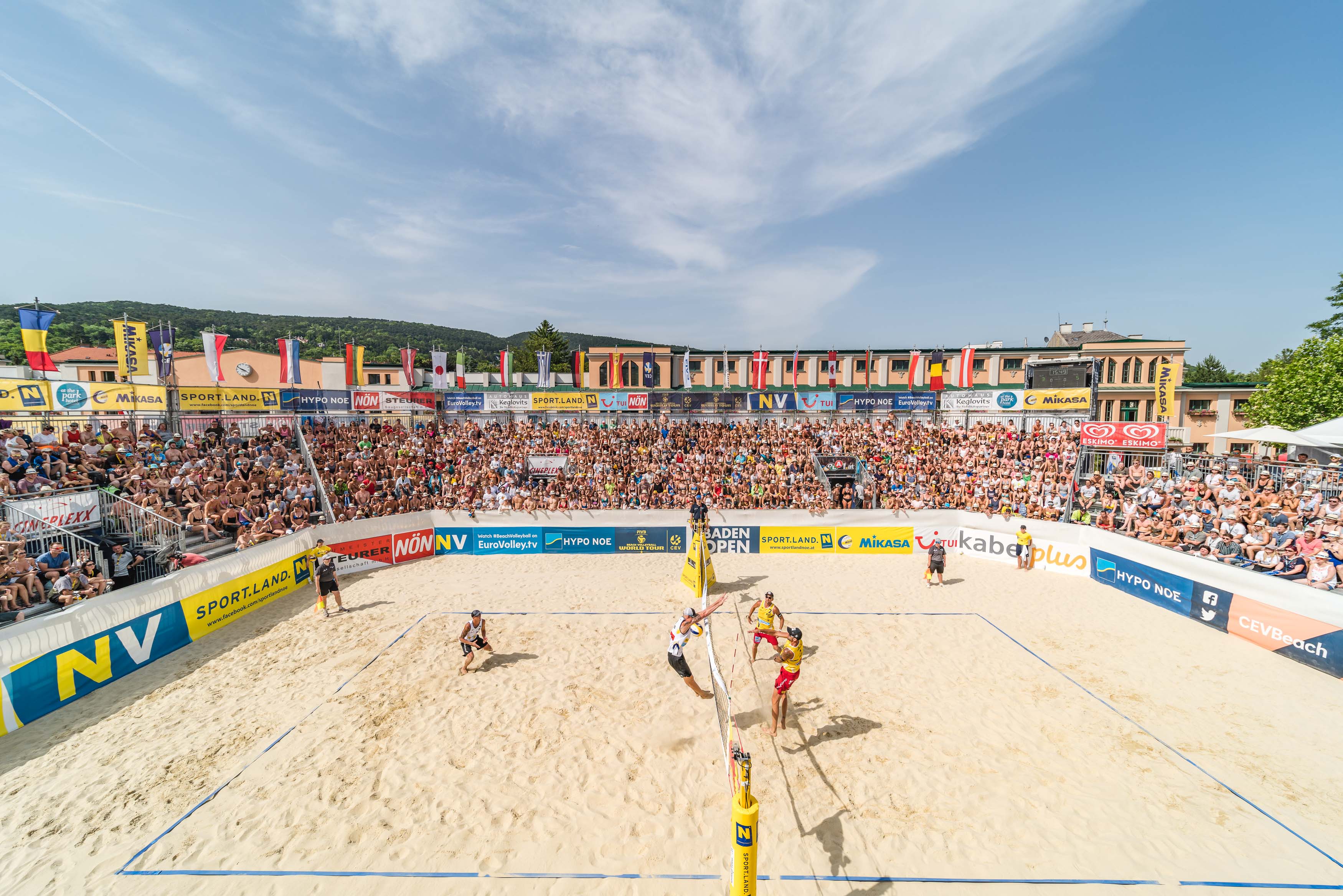 Baden Open action resumes this week.
Women's tournament
The Swiss pairs of Nina Betschart/Tanja Huberli (No. 8 in the World Ranking) and Joana Heidrich/Anouk Vergé-Dépré (No. 12) are the top-ranked teams in the Baden women's field, which also includes Barbora Hermannova/Marketa Slukova of the Czech Republic (No. 13), Karla Borger/Julia Sude of Germany (No. 16) and Marta Menegatti/Viktoria Orsi Toth of Italy (No. 24).
Those five teams have accounted for a combined eight FIVB World Tour gold medals with 23 total podium placements. Ten of the players also have Olympic experience. Hermannova and Slukova have been the most productive of the top-ranked teams as the Czech pair has four World Tour titles to their credit with eight FIVB medals. 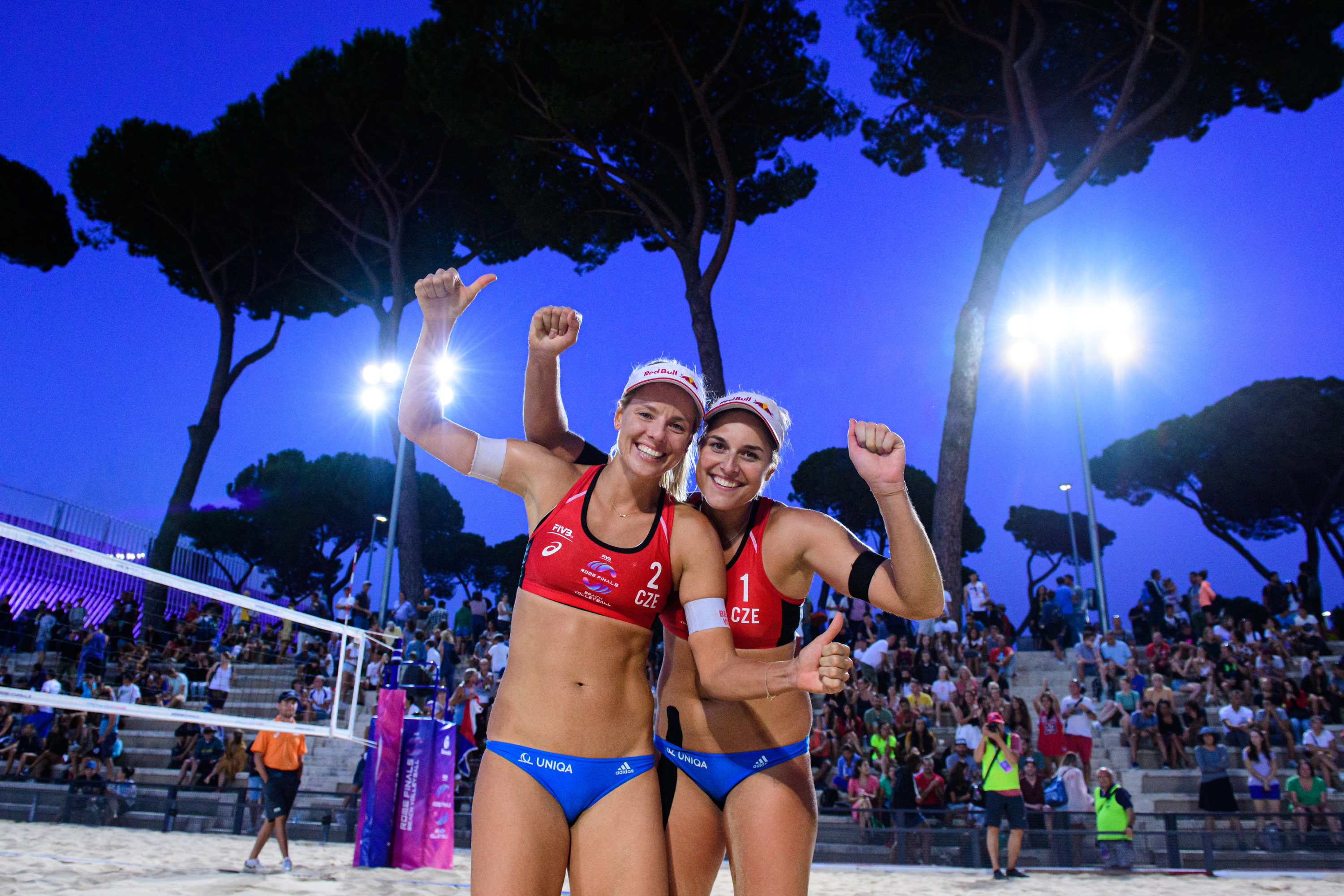 Marketa Slukova (left) and Barbora Hermannova of the Czech Republic.
Lena Plesiutschnig, who won the 2019 Baden women's gold medal after placing second in 2018, returns with a new partner - Dorina Klinger.  Katharina Schutzenhofer, Plesiutschnig's regular teammate on the FIVB World Tour for six of the past seven seasons, is sidelined with injuries.
The Austrian Strauss twins (Nadine and Teresa) are also in the 2020 field after placing third in 2019 in Baden for their second World Tour medal last season. The Strauss tandem claimed a bronze medal in February 2019 at Visakhapatnam, India. 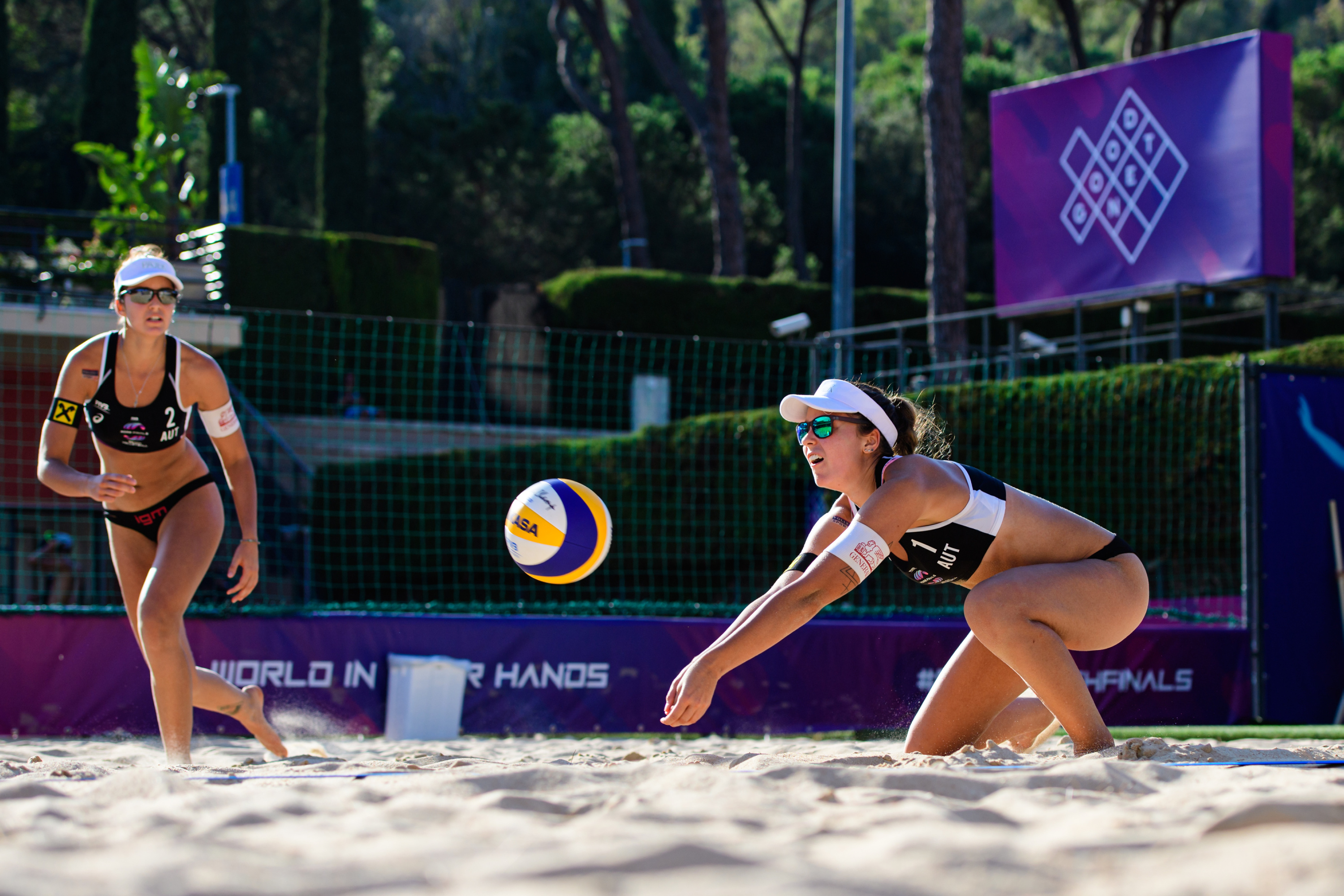 Austrian Nadine Strauss (right) digs as twin sister Teresa follows the action.
Men's tournament
Clemens Doppler and Alexander Horst, the two-time Baden Open champions and silver medal winners at the 2017 FIVB Beach Volleyball World Championships in Vienna, headline the men's field. The Austrian pair will be seeking their second consecutive FIVB World Tour medal this month as Doppler and Horst placed second at the Ljubljana Open after losing to Italians Andrea Abbiati and Tiziano Andreatta in the final on August 2.
The chief challengers for Doppler and Horst will be Mirco Gerson and Adrian Heidrich, who were 18th on the FIVB World Tour before the rankings were frozen in mid-March. The Swiss pair owns a 4-0 record against Doppler and Horst on the FIVB World Tour highlighted by a three-set pool win last season at the Vienna Major on August 1. 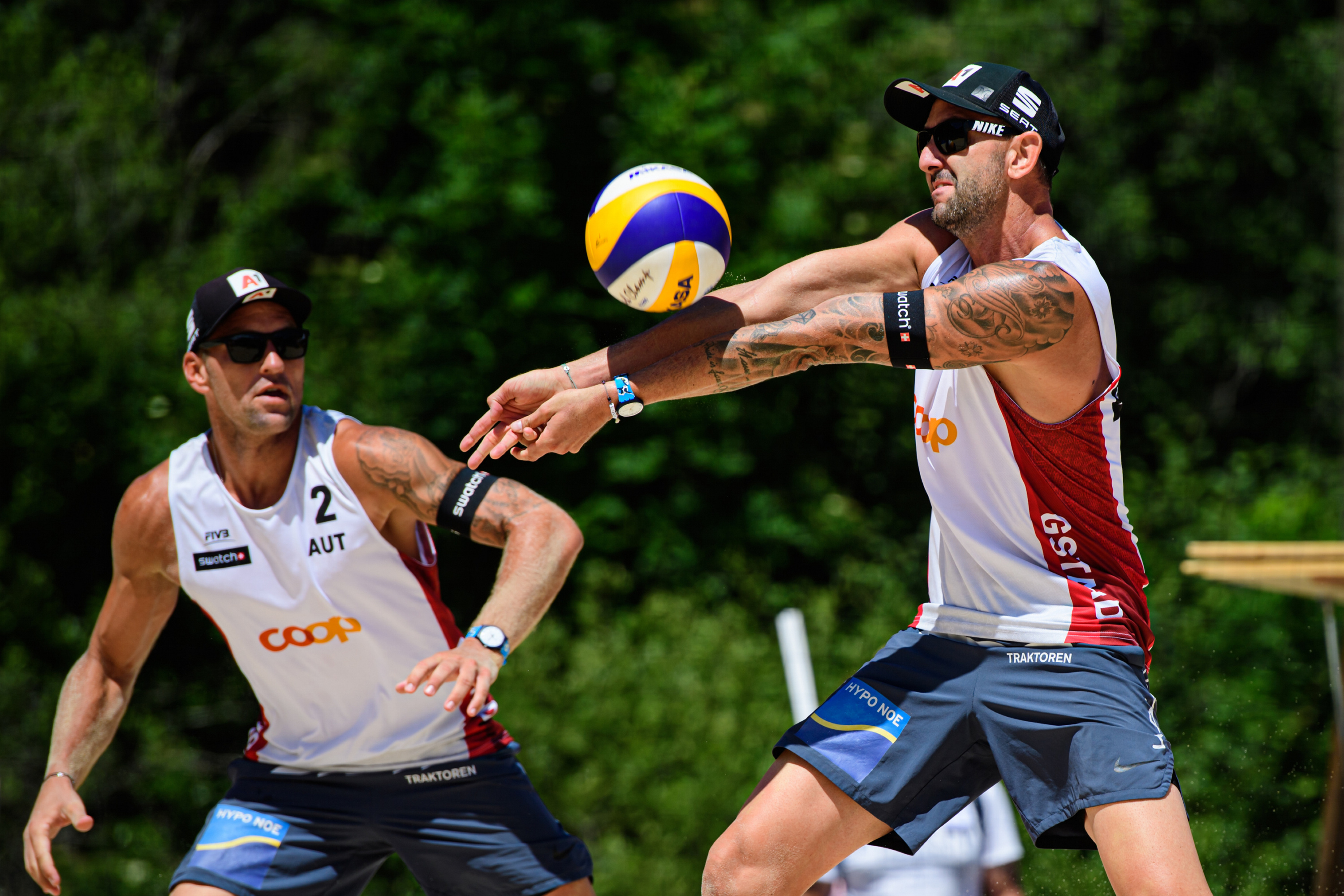 Home favourites Alexander Horst (left) and Clemens Doppler will be one of the leading teams in the men's tournament.
Austrians Christoph Dressler and Alexander Huber, who placed third in Ljubljana after losing to Doppler and Horst in the semifinals, will be seeking their second consecutive semifinal appearance in Baden after placing fourth in 2019. Doppler and Horst also defeated Dressler and Huber in the 2019 Baden Open semifinals in the only other World Tour meeting between the two teams.

The 14th event on the 2019-2020 World Tour calendar, the Baden Open marks the 22nd season that Austria has hosted an FIVB event as the European country has staged an international tournament every year since 1997 except for 2013 and 2015 when the nation hosted the European Championships in Klagenfurt.
The Baden Open will feature 16-team main draws playing modified pool play on Friday followed by 12-team single elimination knockout tournaments starting on Saturday. A total of 12 teams are automatically entered into the main draw per gender with the final four main draw berths coming from Thursday's single-elimination qualification tournament.
Montpellier up next
After the Austrian event this week, three other events are scheduled on the FIVB World Tour starting with next week’s Montpellier event for men set for August 25-29. Other events on the 2019-2020 calendar are scheduled for Lithuania (Sept. 10-13, Vilnius) for both genders and Cyprus (Sept. 25-27, Larnaka) for women.