Europe and Brazil get new champions ahead of Club Worlds 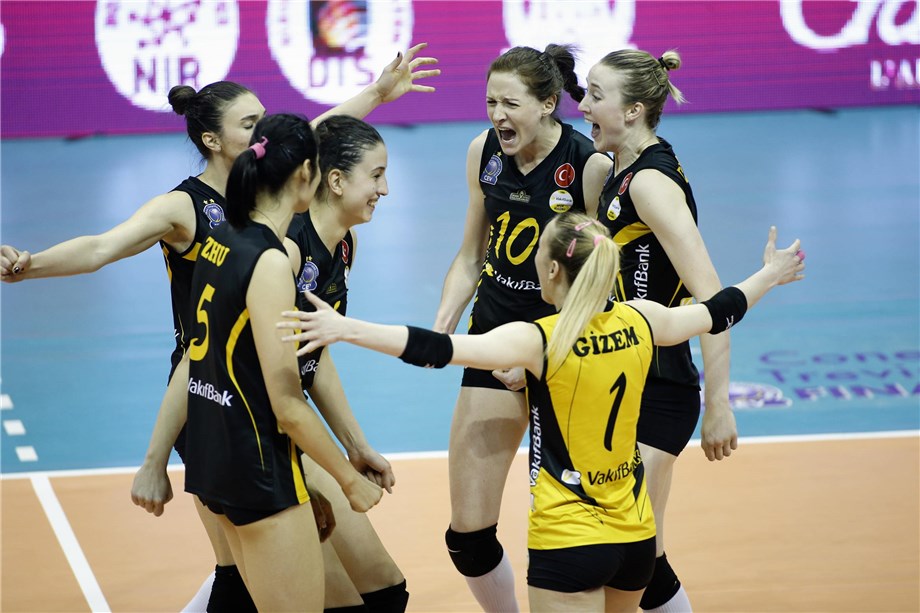 Lausanne, Switzerland, April 23, 2017 - VakifBank Istanbul are the new Queens of Europe after demolishing all opposition in the European Women's Champions League Final Four in Treviso, including a 3-0 (25-19, 25-13, 25-23) sweep of Imoco Volley Conegliano in Sunday's final before some 5,000 fans.

As European champions VakifBank get a direct ticket to the 2017 FIVB Club World Championship, 9-14 May in Kobe.

It was VakifBank's third Champions League title after 2011 and 2013 and brings the title to Turkey for the fifth time.

Rio 2016 Olympics MVP Zhu Ting of China was unstoppable with 22 points and a 58% (19/33) attacking efficiency as VakifBank dominated on the net and enjoyed better control in reception. Lonneke Sloejes of The Netherlands added 14 points for the winners, while Conegliano relied on Serena Ortolani who brought in 12.

Eczacibasi, who will also be in Kobe next month on account of a wild card they have received, were led by Neslihan Demir who scored 19 points, with Hande Baladin and USA's Rachel Adams adding another 17 each. Nataliya Goncharova with 20 points for Dinamo was top scorer of the game.

Both sides will be travelling to Kobe in a couple of weeks for the Club Worlds.

Juciely Barreto from the middle and Drussyla Costa from the outside did a great job to give Rio the lead twice. And although Osasco kept coming back, the defending chamions took off in the tie-break for a 7-1 lead upon which they built their great win.

Drussyla was voted MVP of the single match final, but Tandara Caixeta, with 22 points for Osasco was top scorer of the game. Drussyla scored 19 and Juiely added 18 (including six of her team's 18 blocks) for Rio.

"It was a great game and Rio against Osasco will always be like this," said Rio libero Fabi Oliveira, a two-time Olympic gold medallist who picked up her 10th national title on Sunday. "We did a great job, but congratulations also to Osasco for a great match. These are two clubs that deserve congratulations for all their investment in Brazilian volleyball."

Italy on the starting line for semis
In the wake of the European Champions League in Treviso, the four semifinalists of the Italian Samsung Gear A1 League are under starters orders for the two best-of-three series.