Europeans and Americans in control in Itapema 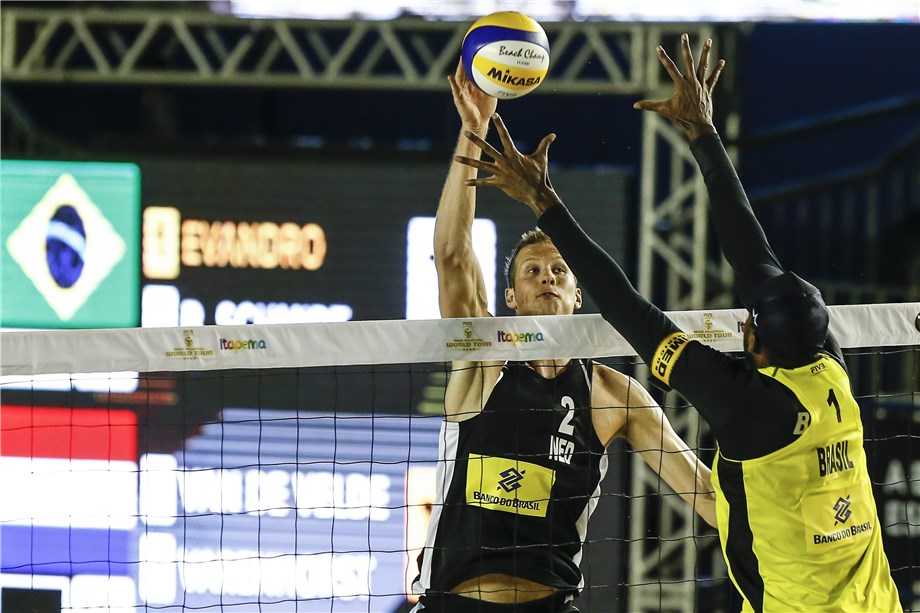 Itapema, Brazil, May 17, 2019 – Beach volleyball duos from Europe and the USA took seven of the eight quarterfinal spots at the Itapema Open after the conclusion of the second day of the main draw in the four-star FIVB World Tour event in Brazil.
Three American tandems will be joined by teams from Poland (2), Norway, the Netherlands and Chile in the deciding rounds of the tournament played at the Meia Praia on Saturday.
Quick links - Beach volleyball:
FIVB Beach Volleyball World Tour - Itapema
FIVB.com - Beach volleyball
Facebook
Twitter
Instagram
Brazilian fans saw as many as six home teams leave the tournament on Friday and, for the first time since 2004, will not witness a national tandem in the podium. Andre Loyola/George Wanderley and Evandro Goncalves/Bruno Schmidt both finished ninth.
The Olympic and the world champion were eliminated by the new Dutch team of Christiaan Varenhorst and Steven van de Velde in the Round of 16. The Europeans, who are playing in just their third tournament together, silenced the center court with a 21-17, 21-19 win.
“I am very happy that we won this match in front of such a great audience,” van de Velde said afterwards. “I struggled a little bit with my side out, but the way we came back was amazing. We’re still a new team, we normally have to play in the qualifiers and we need these points so badly, so I’m glad we made it to the quarterfinals. I just hope we can keep going.”
Varenhorst and van de Velde will dispute a semifinal spot with Chilean cousins Marco and Esteban Grimalt, who prevailed over Austria’s Robin Seidl/Philipp Waller in two sets (21-13, 21-12).
Budinger is enjoying his beach career 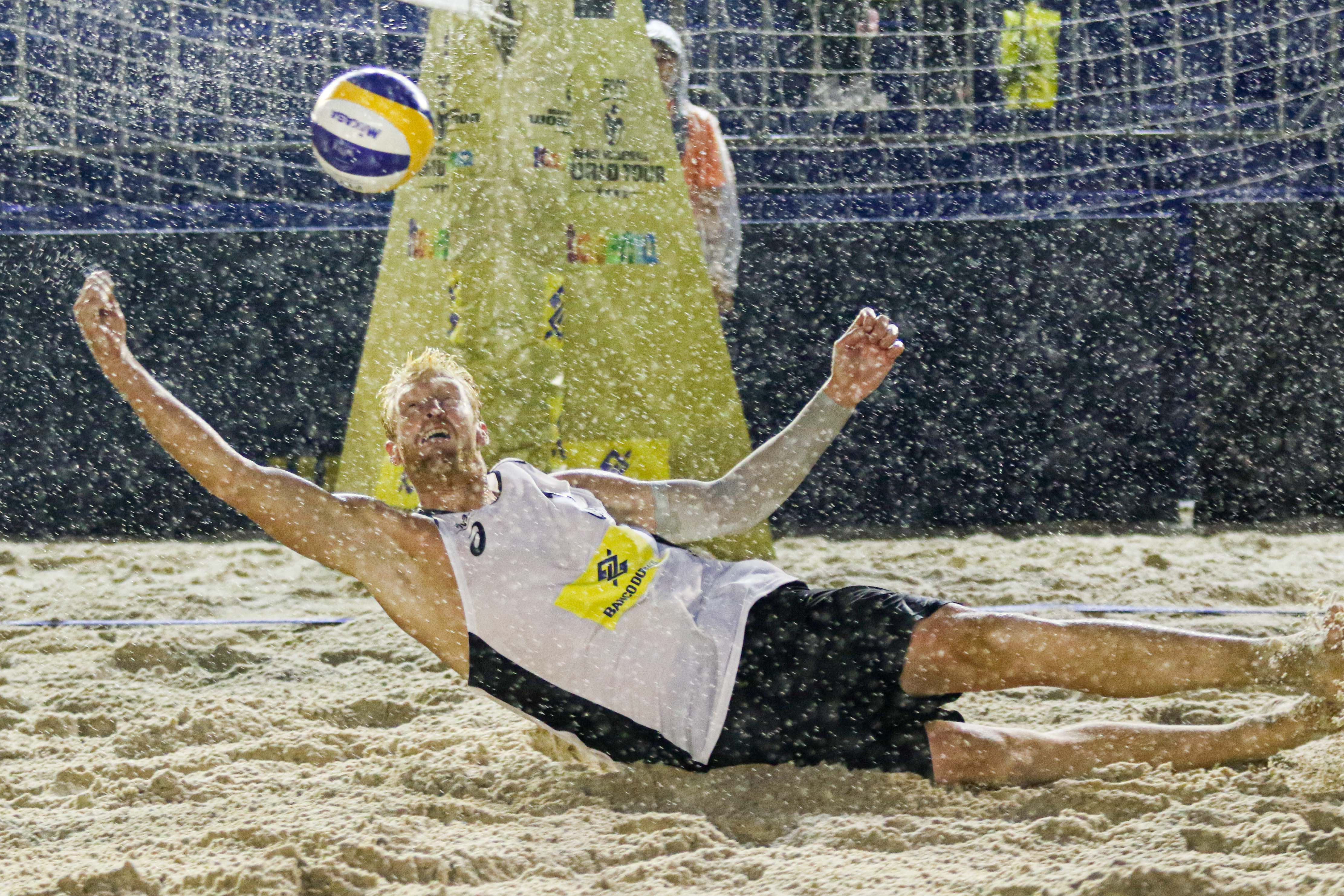 Budinger makes a save against the Czechs
One of the American teams that progressed in the tournament is the one of Casey Patterson and Chase Budinger. On Friday, they secured their third-straight win in Itapema in a three-setter (19-21, 24-22, 19-17) against Switzerland’s Adrian Heidrich and Mirco Gerson.
The good performance comes in Budinger’s 10th World Tour event and just the fourth with Patterson. After collecting a fifth-place finish in the Hague and losing on country-quota in Sydney and in the qualifier in Doha, the team has already guaranteed their best finish together.
“Every one of our matches in this tournament have been like this one, we’re just grinding, staying confident in one another and just playing our game,” the former NBA player explained. “It’s been really fun. This was the first time I played in the rain and it was pouring on us and I was just like a little kid in a candy store. Casey and I are really clicking right now, we’re understanding each other and communicating better and that’s showing in the court.”
The Americans will now play Poland’s Bartosz Losiak/Piotr Kantor, who eliminate the home team of Andre Loyola and George Wanderley with a two-set (21-15, 21-14) victory in the Round of 16.
Their compatriots Reid Priddy and Theo Brunner also made it to the quarterfinals with a 2-0 (21-14, 22-20) triumph over Canada’s Ben Saxton and Grant O’Gorman. Their next opponents will be Norway’s Anders Mol and Christian Sørum, who downed Czech Republic’s Ondrej Perusic and David Schweiner also in two sets (21-18, 21-16).
The other American team guaranteed in the quarterfinals is Tri Bourne/Trevor Crabb. The Hawaiians eliminated the 2013 world champions Alexander Brouwer and Robert Meeuwsen of the Netherlands in three sets (20-22, 21-15, 15-8). They will now face Poland’s Grzegorz Fijalek/Michal Bryl, who prevailed over Latvia’s Martins Plavins/Edgars Tocs in two sets (21-18, 21-14).
The quarterfinal matches will all be played on Saturday morning with the semifinals to follow in the afternoon. The medal matches will close the event at the Brazilian coastal city on Sunday morning.