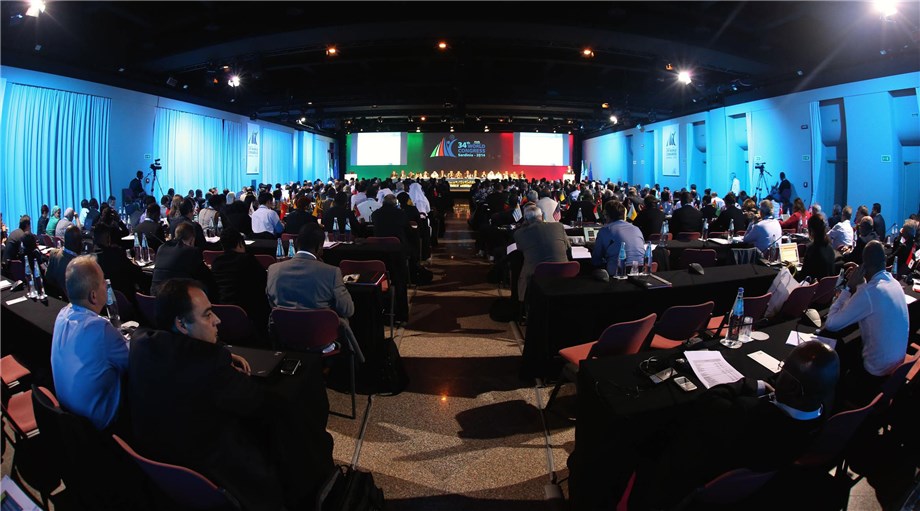 Cagliari, Italy, October 31, 2014 – The 34th FIVB World Congress heard of plans to create an in-house television production unit as well as changes to the way the sport is broadcast on the opening day of the meeting in Cagliari, Italy on Friday.
Proposals from the FIVB TV and New Media Commission also included adapting volleyball courts to bring fans closer to the action.
Fernando Lima, president of the Commission, was keen to stress the importance of television in the continued growth of the sport and also relayed suggestions that volleyball matches should be played for no longer than two hours in an effort to maintain appeal among fans and draw in new supporters without losing the interest of broadcasters.
Proposals concerning the implementation of the video challenge system at all tournaments were also heard as was the idea of creating a “trophy momentum” in the immediate aftermath of a competition.
Plans for five separate Confederation Press Commissions, or the equivalent of, were also approved later in the day following a proposal put forward by FIVB Press Commission President Hiroshi Takeuchi.
Each of the five Confederations will now set up their own continental commissions - if they don't have one or something similar in place already - consisting of experienced journalists who will consult and advise on all issues concerning external communication including reporting, social media and media accreditation.