The win gave Croatia a perfect record over the weekend, and left Australia without a win in front of their home fans. Croatia has clearly been the best team in Bendigo all weekend, and with Australia still looking for its first win, the final match looked like a mismatch on paper. 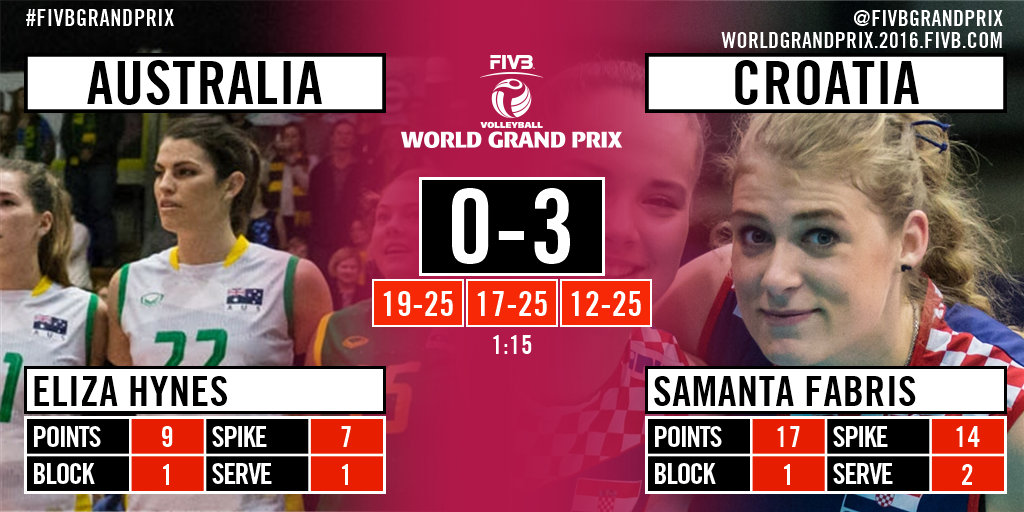 Croatian coach Miroslav Aksentijevic brought Iva Jurisic into the starting line-up, and she took the opportunity with both hands. Croatia opened up a commanding early lead, forcing Australian coach Shannon Winzer to make a change, replacing the star of 24 hours earlier, Rebecca Reeve, with Jamie-Lee Morrow.

Morrow immediately made an impact, but Samanta Fabris was the dominant player of the match and helped guide Croatia to a comfortable first set win.

It was more of the same in the second, with Fabris continuing to scorch the Australians. Underlining their depth, Croatia was able to bring on Karla Klaric and Bernarda Brcic, who both made a major impact.Coach Winzer made many changes to the Australian line-up, but Croatia were in no mood to ease the pressure, cruising to a 2-0 lead.