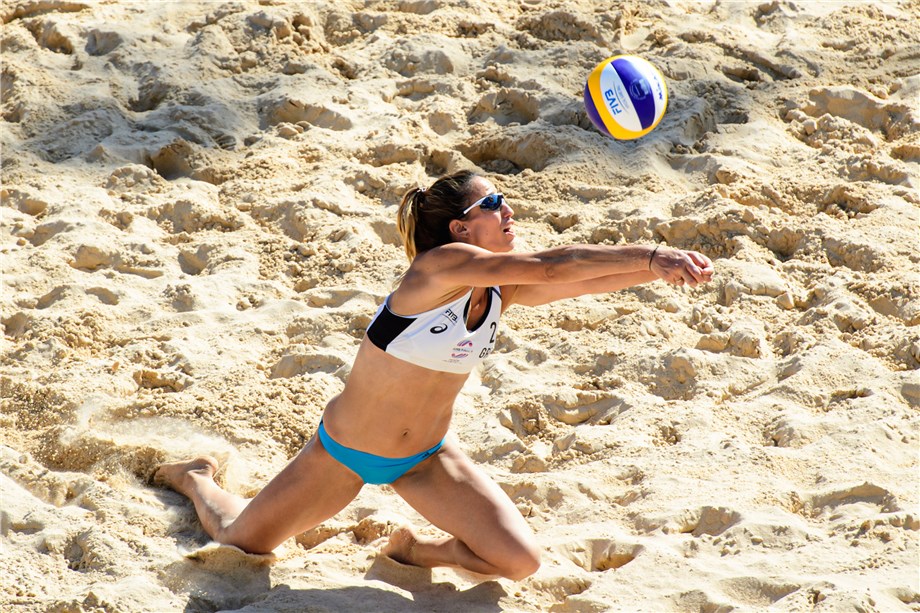 Rome, Italy, Sept. 4, 2019 - On one of her biographies, Vasiliki Arvaniti once wrote that she wanted to start a family after her beach volleyball career ended.
Quick links - Beach volleyball:
FIVB Beach Volleyball World Tour Finals - Rome
Facebook
Twitter
Instagram
Baby Nikolas arrived, and the career of the three-time Olympian from Greece is still not quite over.
“Actually, when I stopped in 2016, I said ‘OK, I don’t want to stop completely, I want to have a break to start a family,’ because I was playing for 10 years straight without stopping,” said the 34-year-old Arvaniti. “I wanted to finish my studies and do other things in my life and then if I missed it, I would come back. And I’m here.” 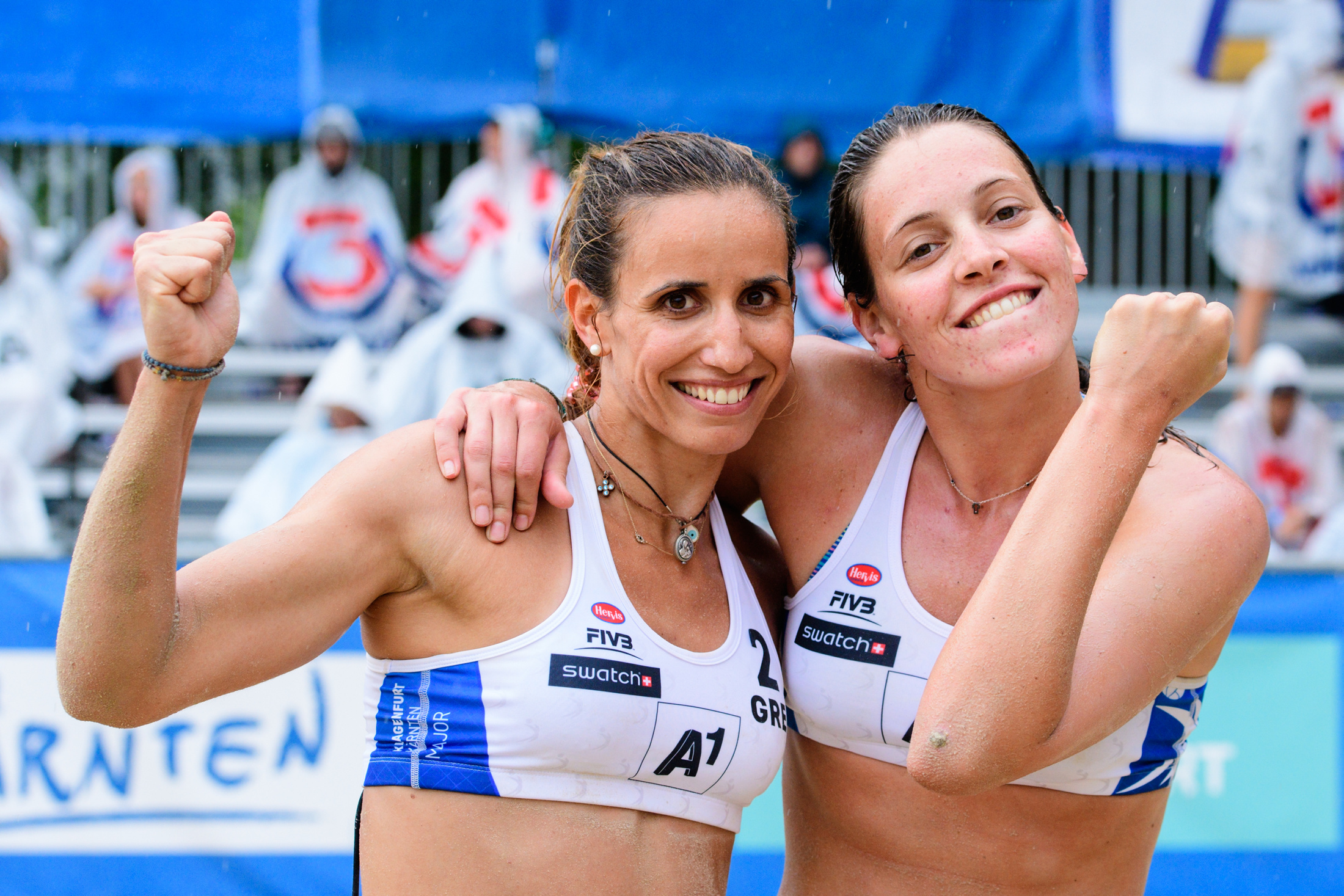 Vasiliki Arvaniti (left) and Penny Karagkouni at their final event together in July 2016 in Austria.
And so is Nikolas, who turned 16 months old on Wednesday as mom was playing in the qualifications in the FIVB Beach Volleyball World Tour Finals at the Foro Italico.
Arvaniti and partner Penny Karagkouni got through their first qualifier with a quick victory over Esmee Bobner and Zoe Verge-Depre of Switzerland.
It was cause for a wide smile from “Viki,” but not as big a reason as having the baby along.
“I try to take him as much as I can because I miss him a lot,” Arvaniti said. “We travel so much; we’ve played since November 18 and we didn’t stop. We had to play so many tournaments and for me it’s very tough. But to have him here is very nice.”
She’s part of a burgeoning baby brigade on the FIVB World Tour. Arvaniti joins Laura Ludwig of Germany, Talita Antunes of Brazil and Marleen van Iersel of the Netherlands who have returned from maternity leave.
“Now we all talk to each other, ‘How’s your baby?’ We have a community of mothers,” Arvaniti said, laughing. “For me, it gives me power. It’s exhausting for a player to be a mother and play here at the same time as a professional athlete, but it gives you this power that every mother knows what I’m saying. A hug from him is unreal.
“I want to play some more if I’m healthy and strong and competitive. I want to play a little bit more and then quit.”
The FIVB World Tour Finals will stand as the end of the season, but the Greeks plan to resume in November as they chase that outside shot for a spot in the Tokyo 2020 Olympics.
So far in 2019, the duo has captured World Tour events in Ljubljana, Slovenia and Phnom Penh, Cambodia and placed fifth at the Espinho, Portugal 4-star tournament, entering the main draw after winning two qualification matches.
In their second elimination match of the day, Arvaniti and Karagkouni lost a hard-fought battle to Japan’s Miki Ishii and Megumi Murakami, 2-1 (21-18, 15-21, 15-12).
But there are hugs and smiles waiting at home.