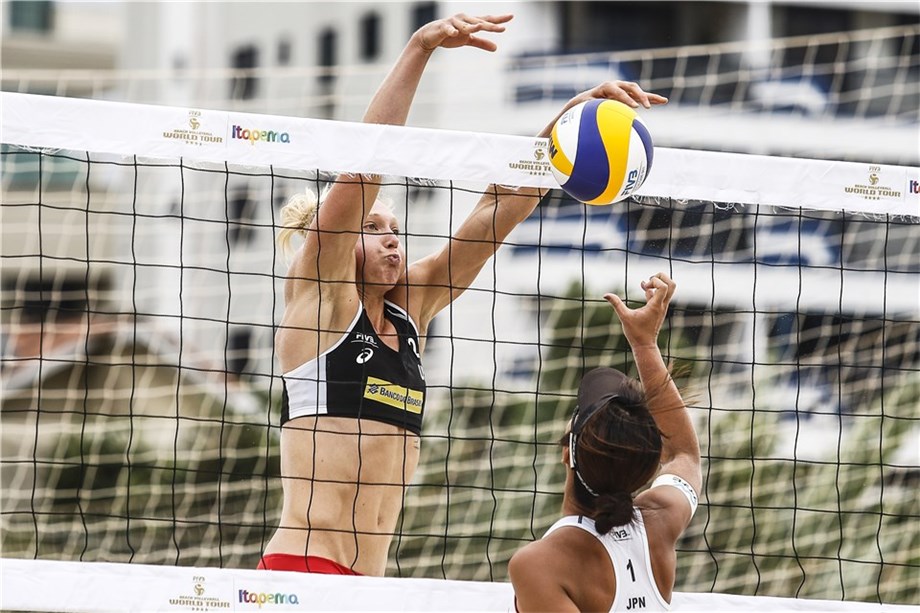 Itapema, Brazil, May 15, 2019 – Carly Wopat is just starting her beach volleyball career, but she is definitely taking it in the right direction. The 26-year-old American and partner Brittany Hochevar advanced from the qualification tournament of the Itapema Open on Wednesday, granting Wopat her first experience in a FIVB Beach Volleyball World Tour four-star event.
The Americans, who joined forces in January, when Wopat transitioned to the beach after a successful collegiate indoor career, have played in just three international tournaments together so far, including a ninth-place finish at the two-star tournament in Cambodia in February.
Quick links - Beach volleyball:
FIVB Beach Volleyball World Tour - Itapema
FIVB.com - Beach volleyball
Facebook
Twitter
Instagram
In Itapema, they had a tough three-set battle, but came out on top against Japanese Yui Nagata and Yukako Suzuki 2-1 (21-18, 14-21, 15-10) in their only qualifier match.
“We knew it would be a tough match because they are notorious for having a tough serve and very good ball control,” the athletic blocker said afterwards. “I was targeted, but we held them off really well with passing and Britt set me pretty well too, so we were able to side out and pull a win.”
“It’s my first four-star and the first time I’ve qualified to a big tournament. It’s incredible to be surrounded by all these amazing athletes, I’m always watching and taking notes. When we received the wild card for the qualifier, we knew it would be a great opportunity and we just want to capitalize from it.”
As an indoor player, Wopat had the opportunity to be part of the USA national team. She still decided to transition to the beach, where she sees greater opportunity for success, and she was fortunate to have Hochevar, a 37-year-old veteran with 85 World Tour events under her belt and a former indoor player herself to guide her in her first steps on the sand.
“She’s amazing, I’m so grateful for just being able to stand on the court with her and learn from her,” Wopat added. “She’s helping me a lot with passing and also the mental part of the game. Sometimes I feel like my process has been accelerated and it’s overwhelming, but having her there is so helpful.”
Juliana returns to the main stage 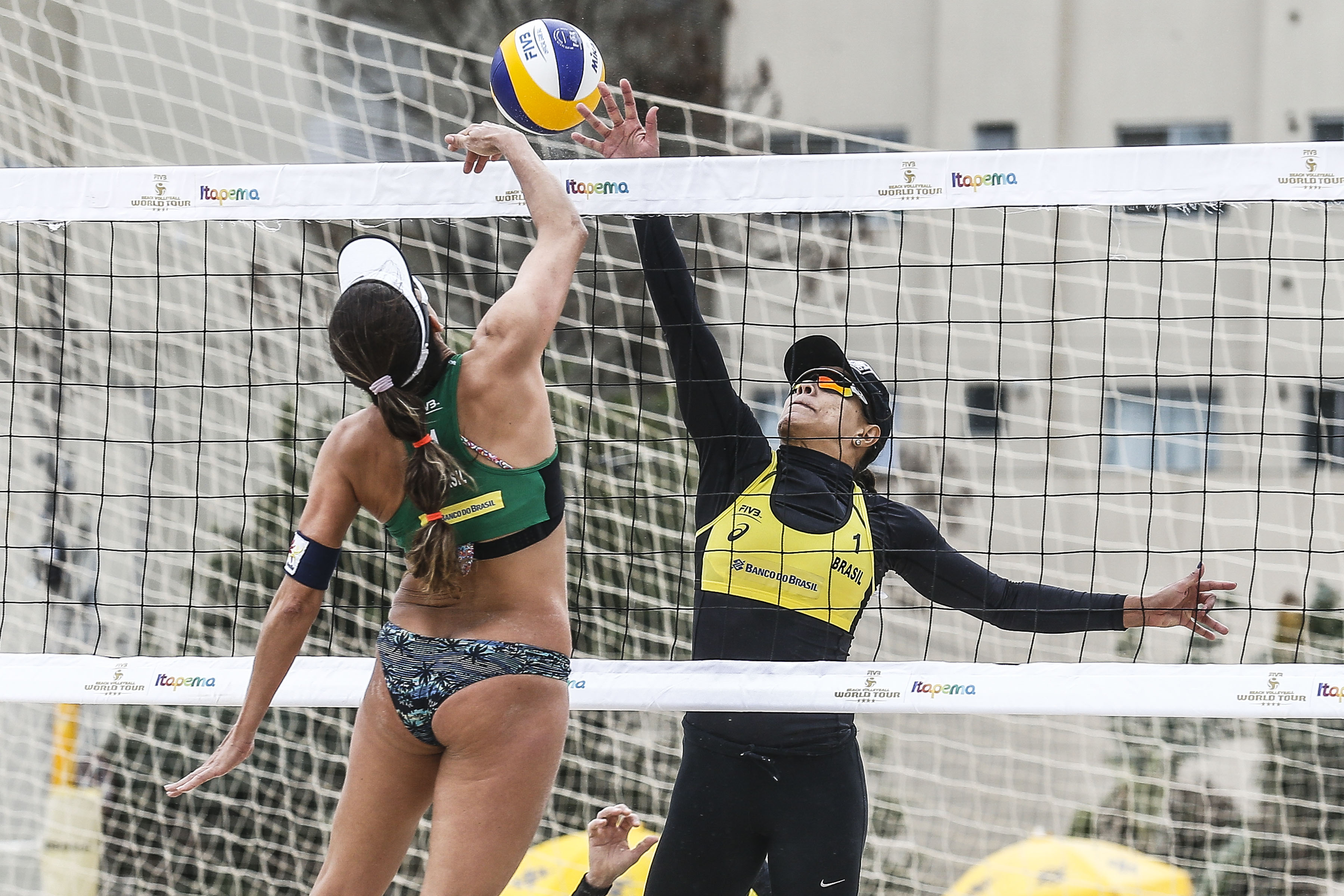 Juliana Felisberta was a star in the World Tour between 2003 and 2012, when she won as many as 45 gold medals with longtime partner Larissa Franca. The last few years have not been so kind to the Brazilian, as she struggled to find consistency with her partners, but she will have a chance to be part of the beach volleyball elite this week as Josi Alves and her advanced to the main draw.
Playing together for the first time, the veterans prevailed in the all-Brazilian duel with Carolina Horta and Angela Vieira, posting a 2-0 (21-16, 21-18) victory. That is the first time the 35-year-old Juliana will play in an elite World Tour event since she finished 17th in Gstaad with Horta in 2017.
“It felt like I just took some time off and now returned home,” she commented. “It was funny that when I was leaving the court Kerri (Walsh Jennings) was coming in to play too and I thought that we used to share the courts in the World Championships gold medal match and now here we are, in the qualifiers. But it’s how it works, we both love playing and we’ll keep doing it for as long as we can.”
The other six teams to advance from Wednesday’s qualification tournament were Brazil’s Rebecca Cavalcanti/Ana Patricia Silva and Talita Antunes/Taiana Lima, USA’s Kerri Walsh Jennings/Brooke Sweat, Argentina’s Ana Gallay/Fernanda Pereyra, the Netherlands’ Jolien Sinnema/Laura Bloem and France’s Aline Chamereau/Alexandra Jupiter.
The main draw starts on Thursday with 32 teams competing for the medals at the Meia Praia beach.