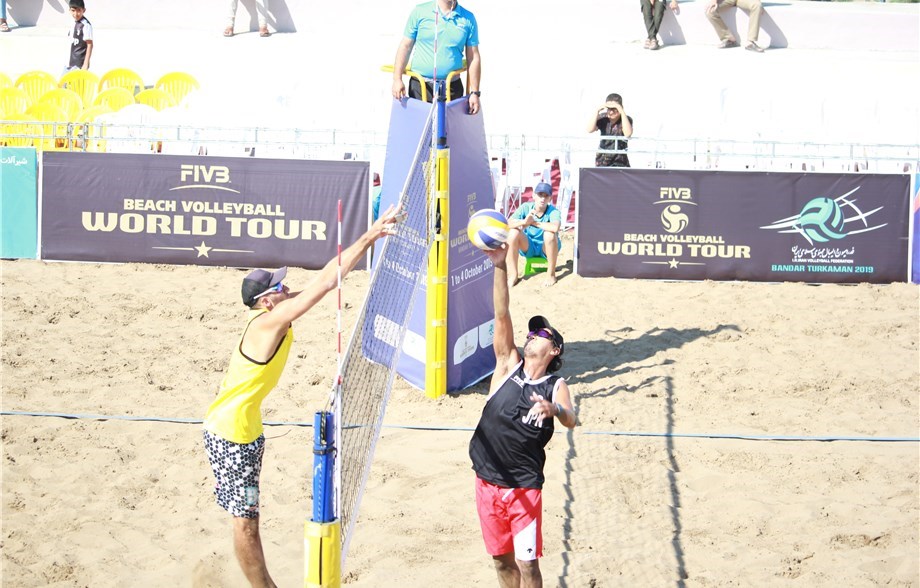 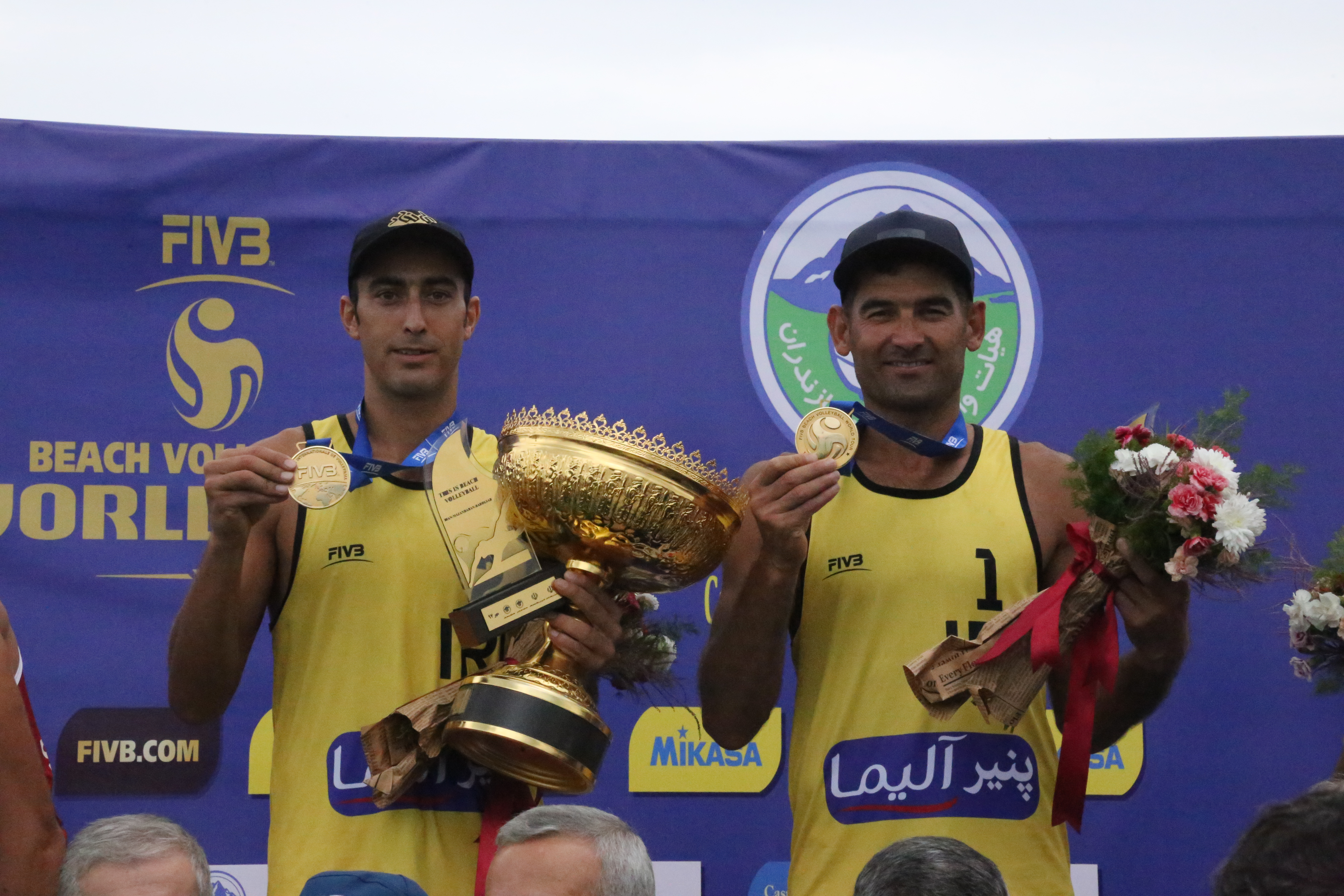 Abolhamed Mirzaali (left) and Rahman Raoufi after winning the 2018 Babolsar Open.
Iran’s only two FIVB World Tour gold medals were netted in October 2018 on back-to-back weekends at events on home sand. Salemi and Vakili secured the first title at Bandar Torkaman on October 5 with Mirzaali and Raoufi topping the podium seven days later in Babolsar.
The 2019 portion of the 2019-2020 World Tour schedule also began in Iran when Bandar Torkaman hosted an event at the start of October where Thailand's Nuttanon Inkiew/Sedtawat Padsawud captured the gold medal at the men's-only tournament.
The third Iranian event is also an inaugural men's only tournament and will be held March 3-7 in Bandar Abbas, which is a two-hour ferry ride north of Qeshm on the southern coast of mainland Iran.