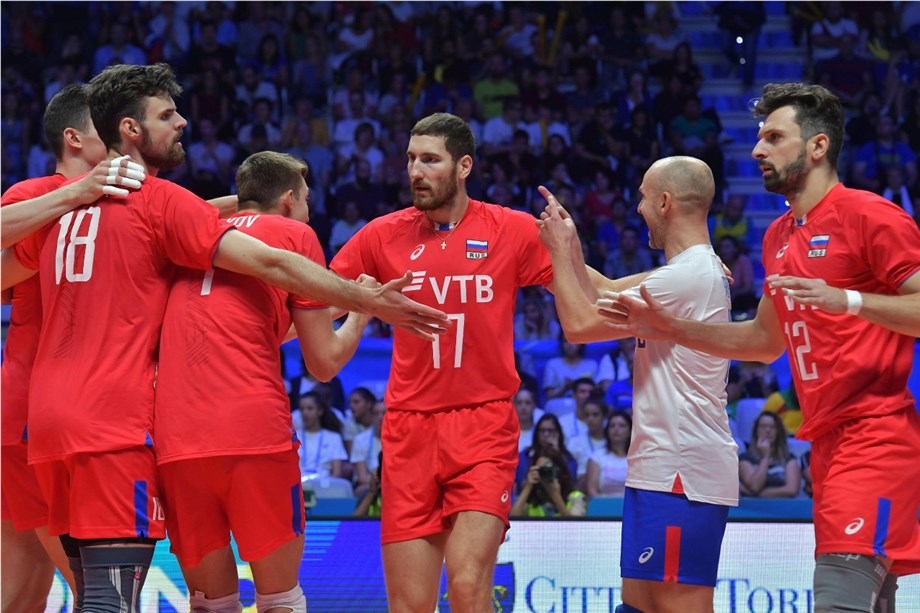 Russia will host the FIVB Volleyball Men's World Championship in 2022

Lausanne, Switzerland, May 28, 2019 - The FIVB today announced eight Russian cities that will host the very best men’s volleyball teams during the FIVB Volleyball Men's World Championship from August 26 – September 11, 2022. The formula and qualification process for the prestigious competition have also been revealed.

The World Championship will be hosted in world-class venues in the iconic cities of Moscow, Saint Petersburg, Kaliningrad, Krasnoyarsk, Kazan, Yekaterinburg, Ufa and Novosibirsk ensuring that the World Championship touches all of Russia, and leaves a positive volleyball legacy for the country and regions. Two further host cities will be announced within the next year.

The Championship will see 24 teams compete across six pools from August 26-29 with 16 teams qualifying for the second phase on September 2-4. The 16 teams in phase two will be split into four pools of four teams with the top six qualifying for the final six on September 7-11. The fan-friendly competition pathway has been designed to try to ensure that every match counts and to deliver thrilling experience for spectators watching in the stadium and on TV.

FIVB President Dr. Ary S. Graça F° said:
“We are delighted to announce that the FIVB Volleyball Men's World Championship 2022 will be held in some of the most beautiful and iconic Russian cities. Each of the cities have world-class venues and excellent surrounding infrastructure to ensure our athletes are able to compete at their very best. Volleyball is very popular in Russia and taking the World Championships to cities around the country will allow fans to enjoy the sport first hand, helping to further grow the sport’s popularity and leave a legacy for the regions. Russia has a proven track record in hosting excellent volleyball events and so we are all looking forward to returning for some more exciting action.”

Russian Volleyball Federation President Stanislav Shevchenko said:
“It is an honour to be hosting the FIVB Volleyball Men's World Championship here in Russia. The host cities have so many different things to offer and we look forward to welcoming the world’s volleyball fans to our beautiful country. We are fortunate to have so many existing world-class venues in Russia that are ready to provide the best environment for the athletes and the best fan experience for our spectators. We are confident that we will deliver one of the best ever FIVB Volleyball World Championships and host an event no one will forget.”

Teams will qualify for the men’s and women’s World Championships through a brand-new qualification process. The host nation will automatically qualify for the competition as well as the current world champions. The top two teams from each of the 2021 Continental Championships will secure qualification. The final 12 places will then be decided leaving the top 24 teams as per World Ranking who have not yet qualified, to compete for the remaining places.

The women’s edition of the FIVB Volleyball World Championships 2022 will be hosted by the Netherlands and Poland.