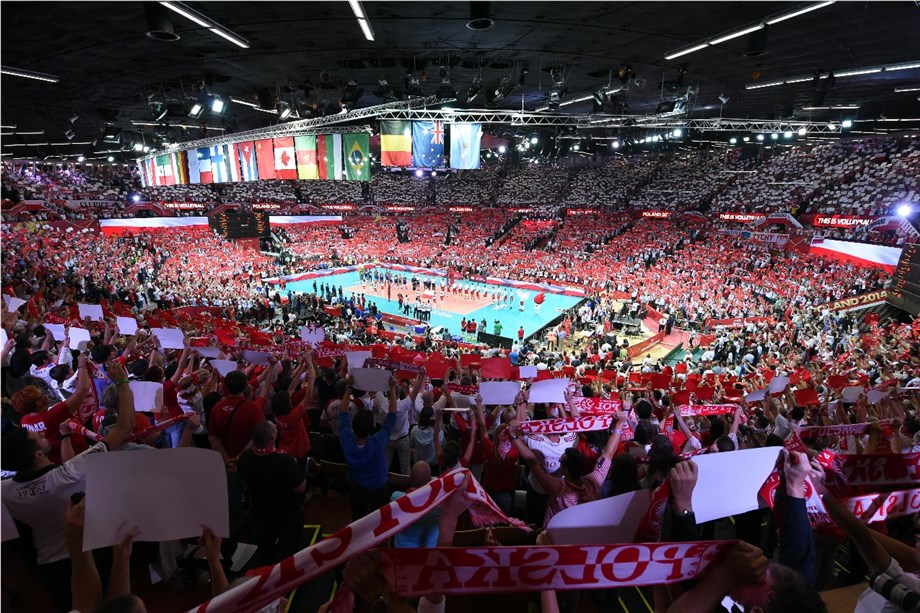 Key events in 2018 include the inaugural edition of the Volleyball Nations League and the FIVB Volleyball World Championships.

Lausanne, Switzerland, January 29, 2018 – In a major new agreement between the FIVB and Polsat, the Polish television channel has acquired the right to broadcast flagship events including the Volleyball Nations League and the Volleyball Challenger Cup. The agreement also includes rights to the 2020 and 2024 Olympic Qualification Tournaments, the 2022 FIVB Volleyball World Championships and the 2019 and 2023 editions of the FIVB Volleyball World Cup. It renews long-standing ties between the FIVB and Polsat.

FIVB President Dr. Ary S. Graça F° said: "The FIVB is pleased to announce it has signed a major new seven-year deal with Polsat, the Polish television channel. Poland is a key market for volleyball and the agreement is a strong indicator that the FIVB’s ongoing push to make the sport more attractive to broadcasters has been well received.

"Innovation remains a key driving force as the FIVB continues to build on the popularity of volleyball to ensure it becomes the world's number one family sport.”

Maciej Stec, Member of the Board of Telewizja Polsat and Cyfrowy Polsat said: “The acquisition of the rights to the most important world volleyball events with the participation of the Polish national teams is a strategic investment for the Polsat Group. On the one hand we secure the precious content for our channels and digital platform, on the other we invest in our viewers’ trust. We have made this acquisition exactly for them – our viewers. Thanks to this acquisition the best fans in the world will have a possibility to watch the best volleyball in the world!”

Polsat Head of Sports Marian Kmita said: “We have promoted volleyball and built its position in the Polish market for more than a decade. I am convinced that the next seven years of volleyball on Polsat channels will mean seven rich years full of successes for volleyball fans and viewers. Volleyball in Poland is practically the equal of football and the place of Polsat is always with volleyball.”

Polsat Deputy Head of Sports Piotr Pykel added: “The Volleyball Nations League is the best possible response the FIVB could give to the viewers’ and fans’ changing attitudes and habits in the modern world. Volleyball fans around the world will watch the elite competition and follow matches featuring the best teams. Unified production standards mean that volleyball is making a decisive step into 21st century technologies.”

The inaugural edition of the Volleyball Nations League will take place from May 15 to July 8, with the finals set to take place from June 27 to July 1 (Women) and from July 4 to 8 (Men).

For the very first time, the FIVB, in collaboration with IMG, will take complete control of content production, maximising quality and promoting a compelling, on-court narrative, which is easy for fans to engage with and understand. The FIVB will ensure in-stadium interaction by implementing a new concept called active engagement, where fans are involved in every rally.