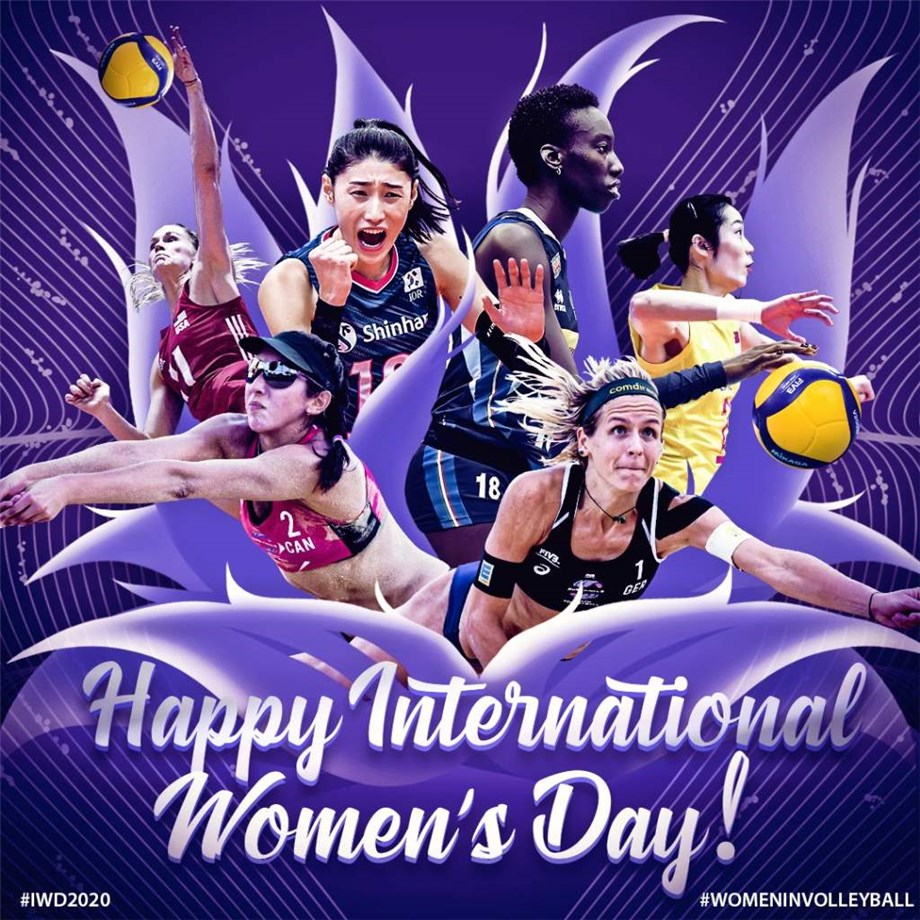 Lausanne, Switzerland, March 8, 2020 - Around the world, volleyball and beach volleyball athletes act as role models to the next generation of players and fans. And one of the factors that stands volleyball apart from other sports is the gender balance demonstrated throughout the FIVB’s events.

The FIVB’s vision is to be the world’s number one family sport, inspiring young boys and girls to take part in volleyball from an early age and adopt the values of the sport on and off the court. Therefore, ensuring volleyball and beach volleyball promote both men’s and women’s events equally has been a consistent part of the FIVB’s strategy.
Fundamentally, the rules of the game are equal for both men’s and women’s competitions, providing athletes the same opportunities to showcase their skill and athleticism in front of thousands of fans inside the stadium, as well as millions more watching around the world. Importantly, women’s volleyball events often receive similar viewing figures as the men’s tournaments, and it was found that 59% of volleyball and beach volleyball fans are interested in both the men’s and women’s games, which reinforces the fact that elite national and club teams produce world class entertainment for their passionate fans.
In addition, the FIVB is committed to creating a level playing field and offers equal prize money for men’s and women’s events at all its major competitions. An example of this is the Volleyball Nations League (VNL), which made its debut in 2018. The VNL was established as a new exciting platform on which the best men’s and women’s national teams compete in a round-robin format. From the offset, the event ensured equal prize money for both genders, and alongside this the number of matches and the event format are also the same.

During last year’s FIVB World Cup in Osaka, Japan, a common feature at the women’s matches were sold out stadiums, and this is trend for both volleyball and beach volleyball events, including at the Olympic Games. In 2016, both men’s and women’s competitions were sold out and volleyball was the most watched sport according to the IOC’s report on television viewing figures.

“International Women’s Day is an important date, not only for the FIVB and sport, but also for society as a whole. The FIVB will always be committed to using its platform to promote and empower women as we aim to be the world’s number one family sport. For this reason, we ensure an equal gender split on our Athletes’ Commission which allows us to receive invaluable feedback on how those at the core of our sport, the athletes, perceive the impact of our efforts in striving towards gender equality.

“We take pride in the fact that volleyball’s fanbase was found to be gender balanced, and remarkably 47% of volleyball and beach volleyball fans are female, demonstrating how the entire volleyball community champions women in sport.”